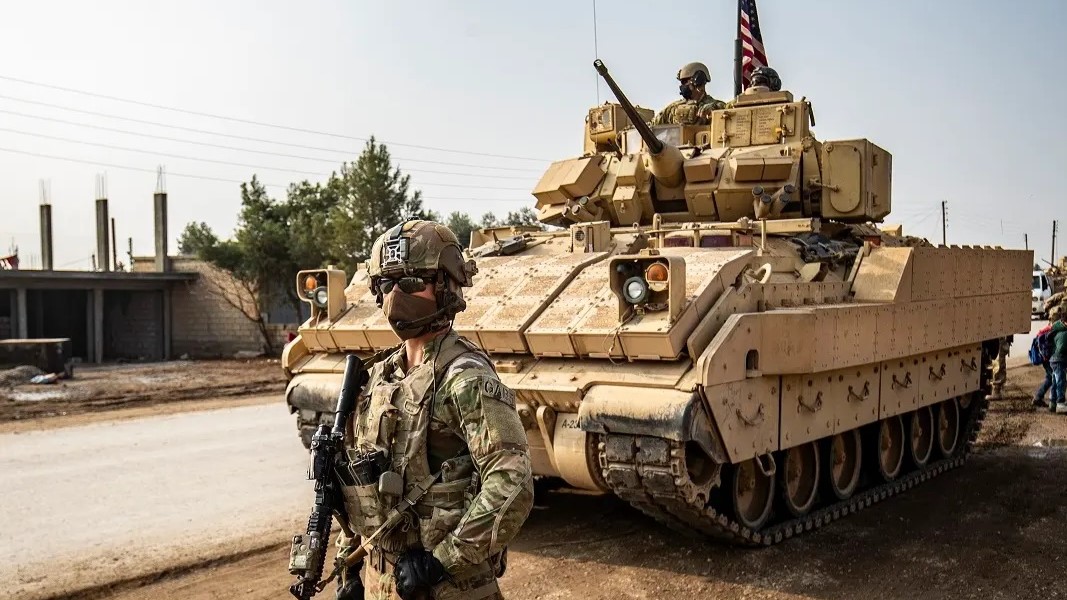 The US occupation army carried out military exercises using live ammunition in Hasakah city in northeastern Syria on 16 January, in conjunction with its Kurdish proxy militia, the Syrian Democratic Forces (SDF).

According to the Sputnik correspondent in the region, loud explosions were heard near the SDF-run Ghweran prison in Hasakah, causing panic in nearby residential buildings.

This is the first time the US army and the SDF conducted live drills inside the capital of the Hasakah governorate. They often conduct training in occupation bases spread across the countryside and on occupied oil fields.

The drills came just one day after 50 trucks carrying military and logistical reinforcements arrived at the occupied Shaddadi oil field in the southern countryside of Hasakah. Shaddadi base is considered a highly strategic location due to its links to other US occupation bases in the Deir Ezzor governorate.

Monday’s drills came one week after the SDF seizure of Hasakah’s hearing disability center in the Ghweran district. The Kurdish militia expelled the students and staff from the center and reportedly turned it into a new headquarters for its militants.

The institute served 48 students with disabilities and employed about 20 teachers.

In June 2020, the US occupation army forcefully seized several government buildings, including the Syrian General Administration for Grains in the Ghweran district, the building of the General Electricity Company, youth housing buildings, the Syrian Informatics Association, the Directorate of Industry, Tourism and Environmental Affairs, the Traffic Branch, the Civil Registry Directorate, and a Commercial Bank.

With the help of the SDF, the US army has been conducting an ongoing oil theft campaign in Hasakah and Deir Ezzor over recent years, smuggling hundreds of fuel tankers filled with plundered Syrian oil to their bases in Iraq.

Last year, Ghweran also witnessed a major confrontation between the SDF and ISIS fighters after several prisoners escaped a US-administered prison in the district.