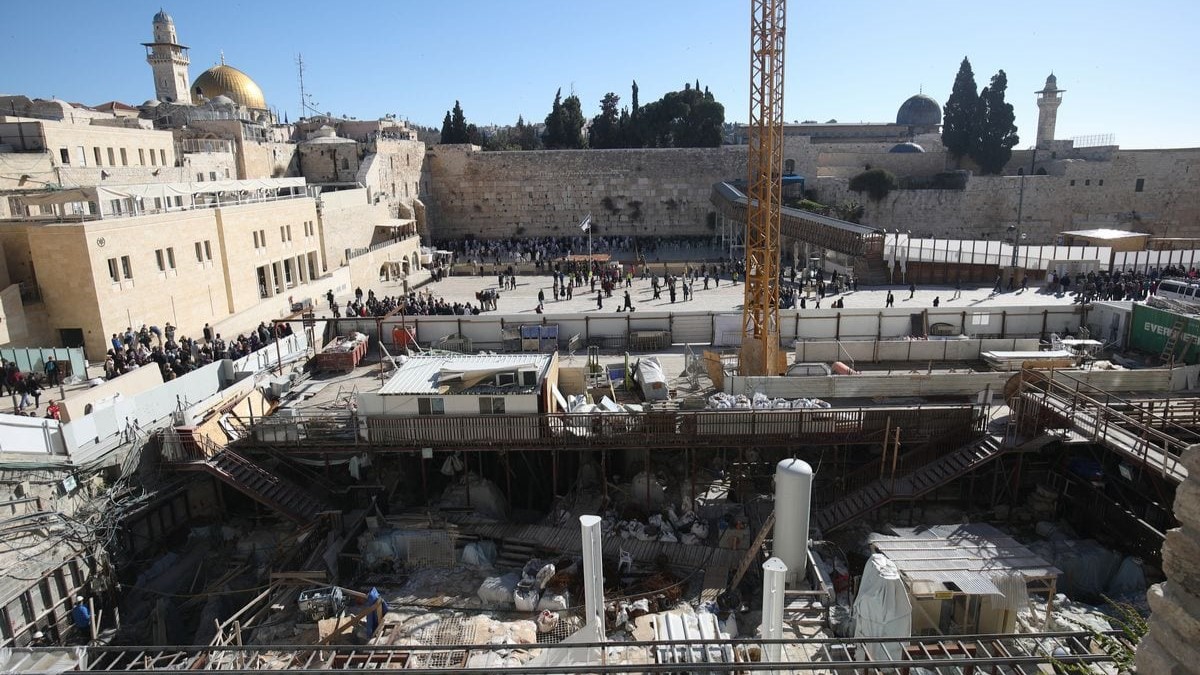 A 12 January report released by the Palestinian Information Center (PIC) has cited Fakhri Abu Diyab, a Jerusalem-based, Palestinian investigator and researcher, as saying that since the start of 2023, there has been an unprecedented acceleration in Israeli excavation under the Al-Aqsa Mosque.

“These excavations have intensified since the beginning of the current year … We have never witnessed excavations of this intensity and speed in the vicinity of Al-Aqsa Mosque before … [It is] as if the occupation is planning to carry out a premeditated and dangerous action against the Mosque, perhaps to bring about a fundamental change in the region, or to prepare it for a Judaization scheme,” Abu Diyab was quoted as saying by Palestinian news agency SAFA.

According to the Palestinian researcher, besides the “intensive” digging, there has been an increased presence of workers, as well as excavation equipment and machinery. Additionally, workers have been seen extracting rock and soil from the ‘targeted’ area and transporting them to unknown areas.

Abu Diyab described the excavation work as “striking and mysterious.”

“The areas being targeted by excavations and Judaization activities include the Umayyad Palaces, the Maghrabi Gate, Al-Buraq Wall, the southern wall of the Aqsa Mosque and the Old City, and the northern entrance of Silwan,” he added.

For several decades, Israel has been excavating under the Al-Aqsa Mosque as part of a vague, historically motivated search for ‘Solomon’s Temple.’ These excavations represent Israel’s attempt to justify the occupation through archeology, by which Israelis claim they can trace their heritage to the land of Palestine.

In 1999, Israeli archeologist and biblical historian Zeev Herzog published an article titled ‘Deconstructing the Walls of Jericho’ – which presents a historical breakdown of “the myth … of the nation of Israel.” In it, he labels the great biblical monarchy that Israel traces itself back to (and wishes to ‘rebuild’) as an “imaginary historiosophic creation,” and labels the modern-day idea of the existence of Solomon’s Temple as “legendary.”

Despite this dealing a massive “blow to the mythical foundations of Israeli identity,” Herzog says that Israelis are “stubborn,” do not want to hear about it, and would rather “turn a blind eye.”

Regardless of whether or not Israel’s ‘historical’ ties to the land can be proven, Israeli excavation under and around the Al-Aqsa Mosque represents a highly dangerous threat to the seventh century religious monument, as well as to the stability of the region.

In February 2014, one of the retaining walls near the Al-Maghrabi gate, which leads to the holy site, collapsed over several east Jerusalem homes. A few months later, the same thing happened. In 2016, UNESCO passed a resolution criticizing Tel Aviv’s action around the mosque, particularly its archeological endeavors. While the Arab League has also made several statements of condemnation, the issue has – for the most part – fallen on deaf ears.

Now, cracks continue to appear in the structure’s foundation, and stones have been falling from the ceilings of the mosque’s prayer halls. Any attempts by the Palestinian Islamic Waqf and religious authorities to renovate and repair damages are overridden by Israel, and those who try to inquire about the nature of the excavations are ignored.

In June of 2022, Azzam Al-Khatib, director general of the holy site’s affairs, said that if the digging continued, the mosque would soon be dangerously close to collapsing.

Now, in 2023, with the rapid development of this excavation project and in the context of Israel’s aggressive, decades-long archeological campaign, it is easier to understand the recent fears of change in Jerusalem’s status-quo.

On 3 January of this new year, Lebanese resistance leader, Hezbollah’s Hassan Nasrallah, said: “Desecrating Al-Aqsa Mosque and the Muslim and Christian holy sites … will not only explode the situation inside Palestine, but can set the whole region on fire.”

These excavations – which cannot be described as anything less than a desecration – have long been carried out with the full backing of Israel’s government. With the new extremist administration in place, it is no wonder that the project is accelerating at the speed that it is.