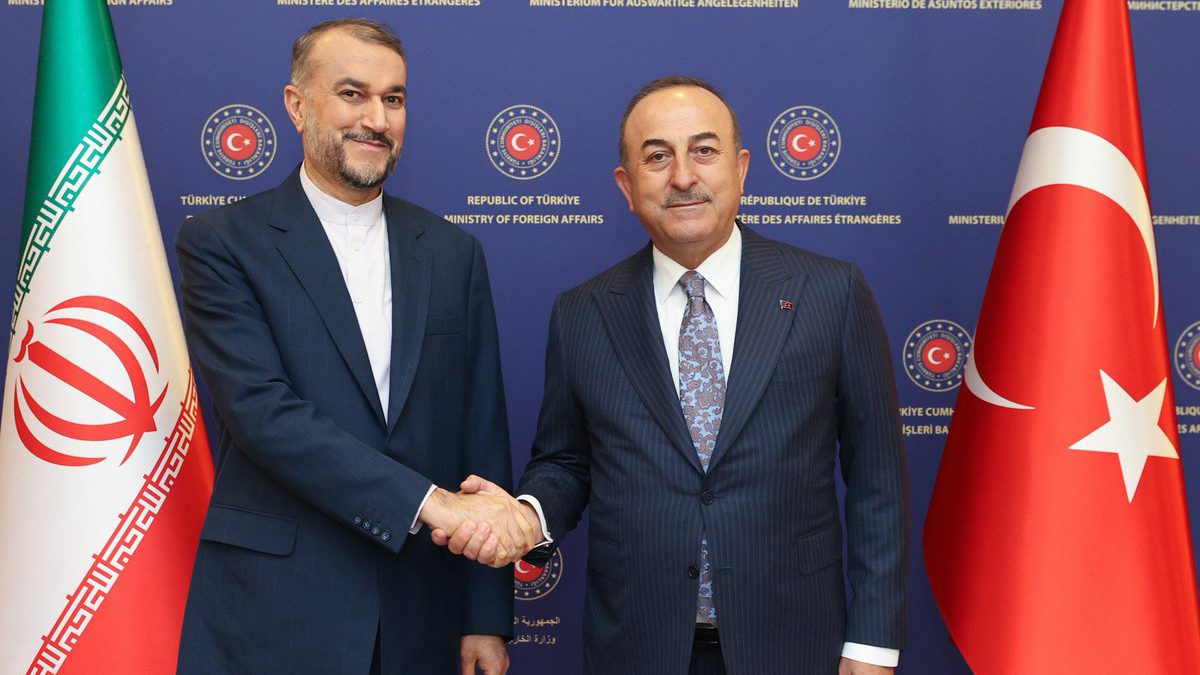 Iranian Foreign Minister Hossein Amir-Abdollahian was received by his Turkish counterpart Mevlut Cavusoglu on 17 January in Ankara to discuss regional developments and bilateral relations between Iran and Turkiye.

During a joint press conference, Amir-Abdollahian said that Iran fully supports efforts toward a Turkish-Syrian reconciliation and that recent developments are not just in the interest of Turkiye and Syria but the entire region.

“We are very pleased by the fact that relations between Damascus and Ankara are undergoing change,” Iran’s top diplomat said, adding: “We believe any positive development in relations between Ankara and Damascus will benefit our region and our countries.”

The foreign minister also assured his Turkish counterpart that his country would make every effort to achieve the common objective.

For his part, Cavusoglu said that the Islamic Republic was fully informed before and after the meeting between Russia, Syria, and Turkiye.

In addition, the foreign ministers also discussed the Russia-Ukraine war, agreeing that both countries are seeking a peaceful solution to the ongoing conflict.

“We are against war and insist on a political solution in Ukraine,” Iran’s foreign minister said during the press briefing.

Following the meeting with Cavusoglu, Iran’s foreign minister was received by President Recep Tayyip Erdogan for a closed-door meeting at the headquarters of the Justice and Development Party (AK).

In December, the defense ministers of Turkiye, Russia, and Syria held the first high-level talks of its kind in Moscow since the start of the war in 2011.

For its part, the Russian Ministry has indicated that “the parties stressed the constructive nature of the dialogue held in this format and the need to continue it in order to stabilize Syria.”

Following the Istanbul bombing last November, Turkish President Recep Tayyip Erdogan declared that he had suggested to his Russian counterpart Vladimir Putin the creation of a trilateral mechanism involving Russia, Syria, and Turkiye to restore diplomatic ties between Ankara and Damascus. He added that he wished to meet Syrian President Bashar al-Assad.

However, on 12 January, Assad remarked that any talks between the two states would require Ankara to end its presence in northern Syria during a meeting with the special envoy of his Russian counterpart Vladimir Putin.