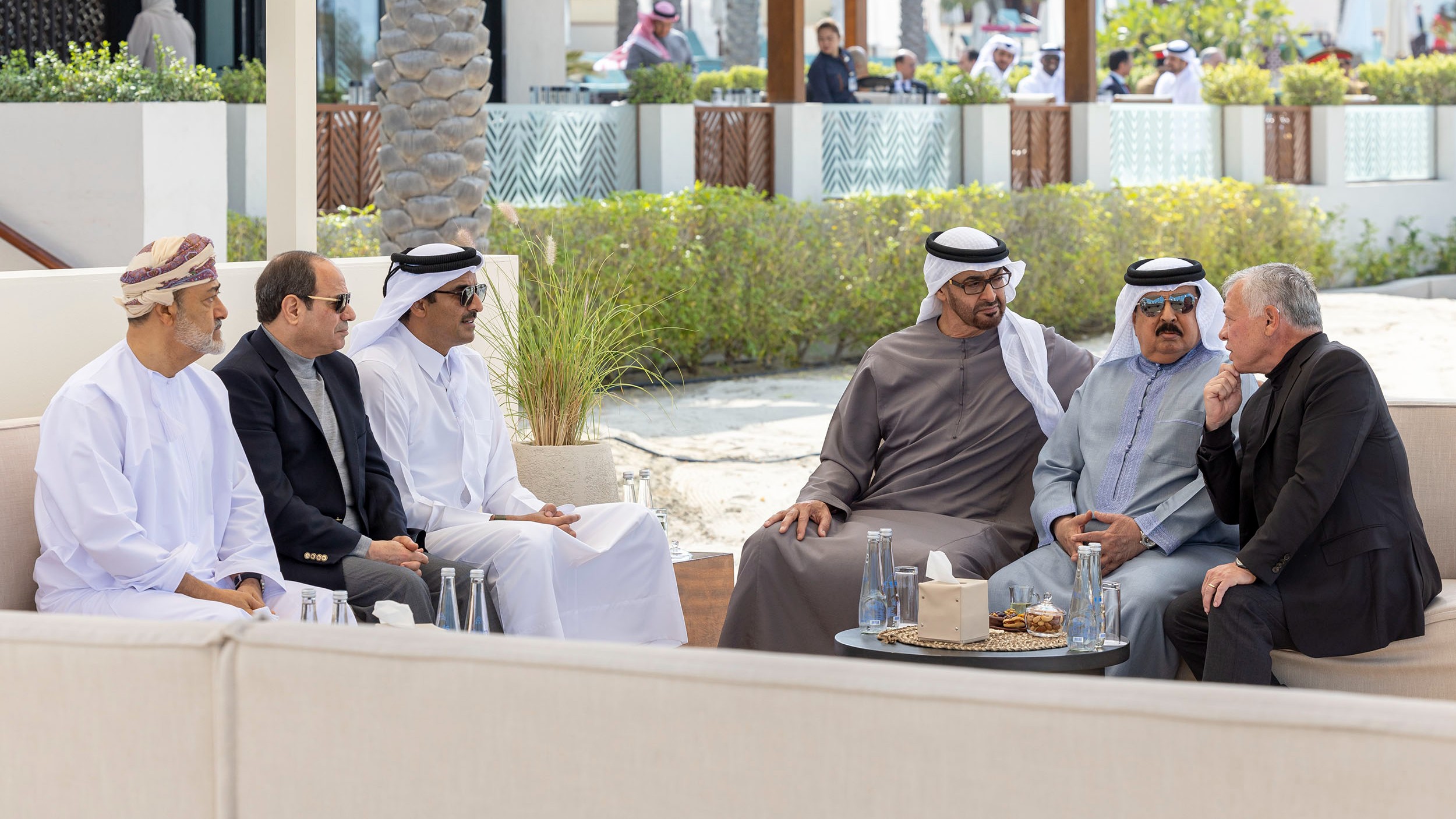 The meeting was titled “Prosperity and Stability in the Region,” with the main aim being to bolster cooperation between the regional countries to ensure development and stability on a regional scale.

Leaders of the GCC, Egypt, and Jordan all attended the consultative meeting called for by the UAE President, as King Hamad bin Isa Al Khalifa of Bahrain and King Abdullah II of Jordan had already arrived in the country.

The leaders reviewed several regional and international issues and stressed the importance of bolstering joint-Arab initiatives and tackling political and economic obstacles in the region.

Al-Nahyan affirmed that boosting bilateral cooperation amongst the four countries would heavily contribute to creating a better future for people residing in the region during a period of widespread instability.

Given the current global energy disruptions caused by western sanctions imposed on Russia after the launch of Moscow’s special military operation in Ukraine, the UAE has begun to reach out to several countries to increase bilateral relations to bypass the impact of the energy crisis.

In August last year, UAE officials met with the Qatari Emir Tamim bin Hamad al-Thani in Doha, marking the first time a UAE delegate has visited Qatar since the end of the 2017 Saudi led-blockade of the country.

In June 2017, Saudi Arabia, the UAE, Bahrain and Egypt severed diplomatic relations with Qatar and banned Qatar-registered planes and ships from using their airspace and sea routes, hoping to pressure Qatar to reduce diplomatic and economic ties with Iran and various Muslim Brotherhood groups.

Brotherhood members found refuge in Saudi Arabia after fleeing Egypt in the wake of Anwar Sadat’s 1981 assassination and for decades enjoyed influential positions in the Saudi educational system. But Saudi-Brotherhood relations soured after Brotherhood support for Iraq in the 1991 Gulf War, and deteriorated further during the Arab Spring, as the Brotherhood enjoyed strong Qatari backing and was viewed as serving Qatari interests in the region. Saudi officials designated the group as a terrorist organization in 2014 amid jockeying for influence among armed opposition groups in Syria.

On 27 September 2022, MbZ signed a contract with Oman to build a railway system linking both countries. The Emirati-Omani railway system is meant to eventually become incorporated into the larger spanning Gulf Cooperation Council (GCC) railway.