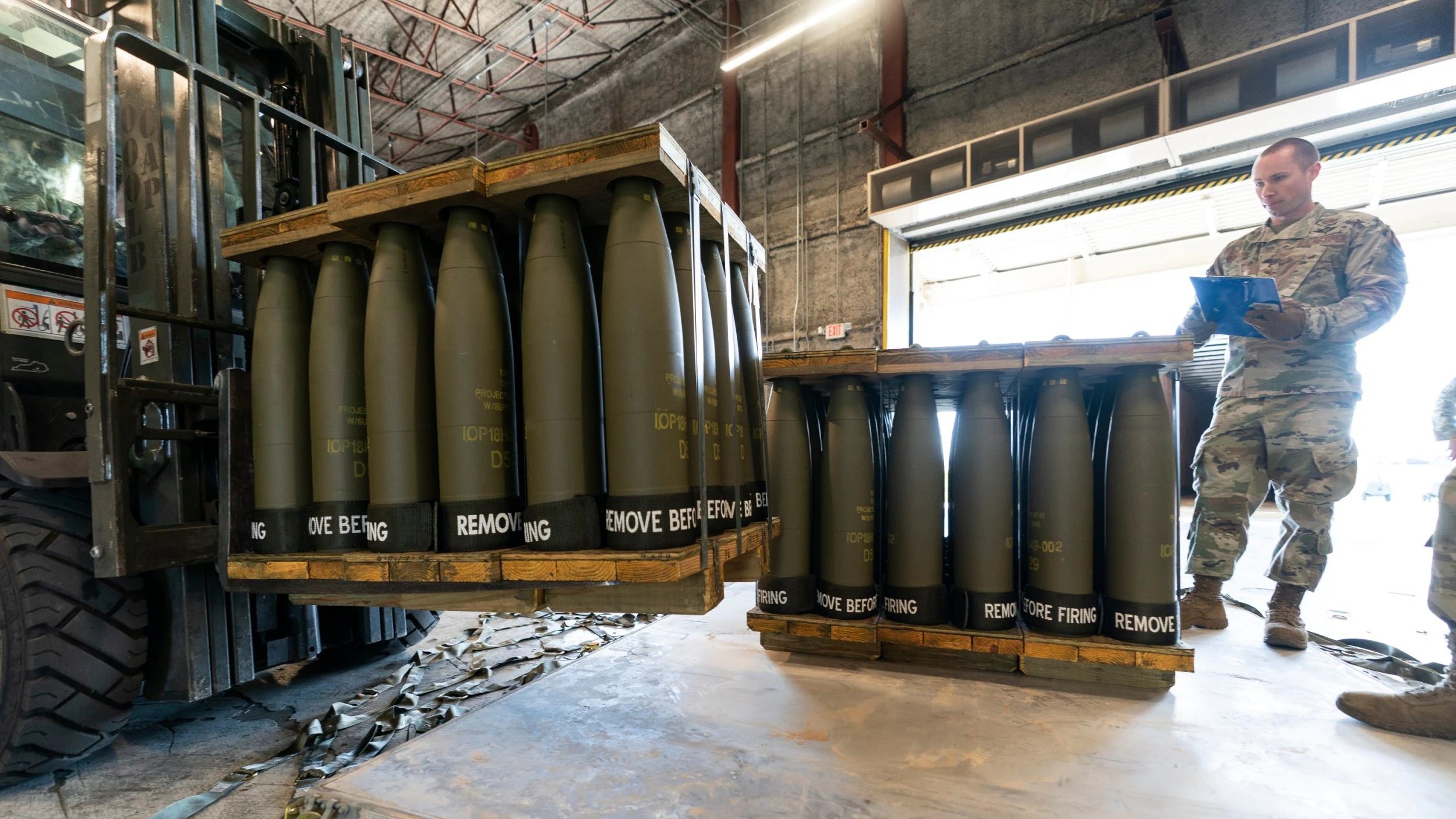 The US army has quietly transferred hundreds of thousands of artillery shells from a massive stockpile stored in Israel to Ukraine, according to sources that spoke with The New York Times (NYT).

“[The Pentagon has drawn from] a vast but little-known stockpile of American ammunition in Israel to help meet Ukraine’s dire need for artillery shells,” the NYT reported on 17 January, adding that about “half of the 300,000 rounds destined for Ukraine have already been shipped to Europe and will eventually be delivered through Poland.”

According to US military sources that spoke with CNN, the rest of the artillery shells will be moved from Israel to Ukraine “in the coming weeks.”

Israeli army spokesperson Richard Hecht told CNN that Washington notified Tel Aviv “a while ago” about their plans to tap into their massive weapons stockpile to continue fueling the war against Russia.

Hecht went on to say that the US army “[doesn’t] need Israeli permission to move the munitions,” as the stockpile is meant to be used by the US military to use in “regional conflicts.”

The government of Israel’s former prime minister Yair Lapid reportedly approved the plan last year. The proposition sparked concern among Israeli brass about how Russia would react, as officials reportedly believed it could suggest Israel is “complicit in arming Ukraine.”

Despite these apprehensions, the government ultimately agreed on the condition that the Pentagon replenishes the stockpile. Moreover, Washington pledged to “immediately ship ammunition in a severe emergency,” the report says.

Since the start of the war in Ukraine, Tel Aviv has remained hesitant about providing weapons to Kiev, mainly due to the strategic need to continue illegal airstrikes in Syria, where the Russian air force essentially controls the airspace.

Prime Minister Benjamin Netanyahu said at the end of December that he would review Israel’s policy on the war between Russia and Ukraine.

Over recent months, the Pentagon has been forced to find new weapons supplies as Ukrainian troops reportedly blow through 90,000 shells per month – twice the rate produced by the US and Europe combined.

Since last February, the White House has authorized the shipment of over one million 155-millimeter artillery rounds to Ukraine.

A US official told CNN last year that US stockpiles of specific systems are “dwindling” after months of fueling the NATO-instigated war.

Since the start of the war, the White House has approved approximately $113 billion in economic and military assistance to Kiev. According to government spending data, in 2022, Ukraine was awarded more US taxpayer dollars than 40 US states.