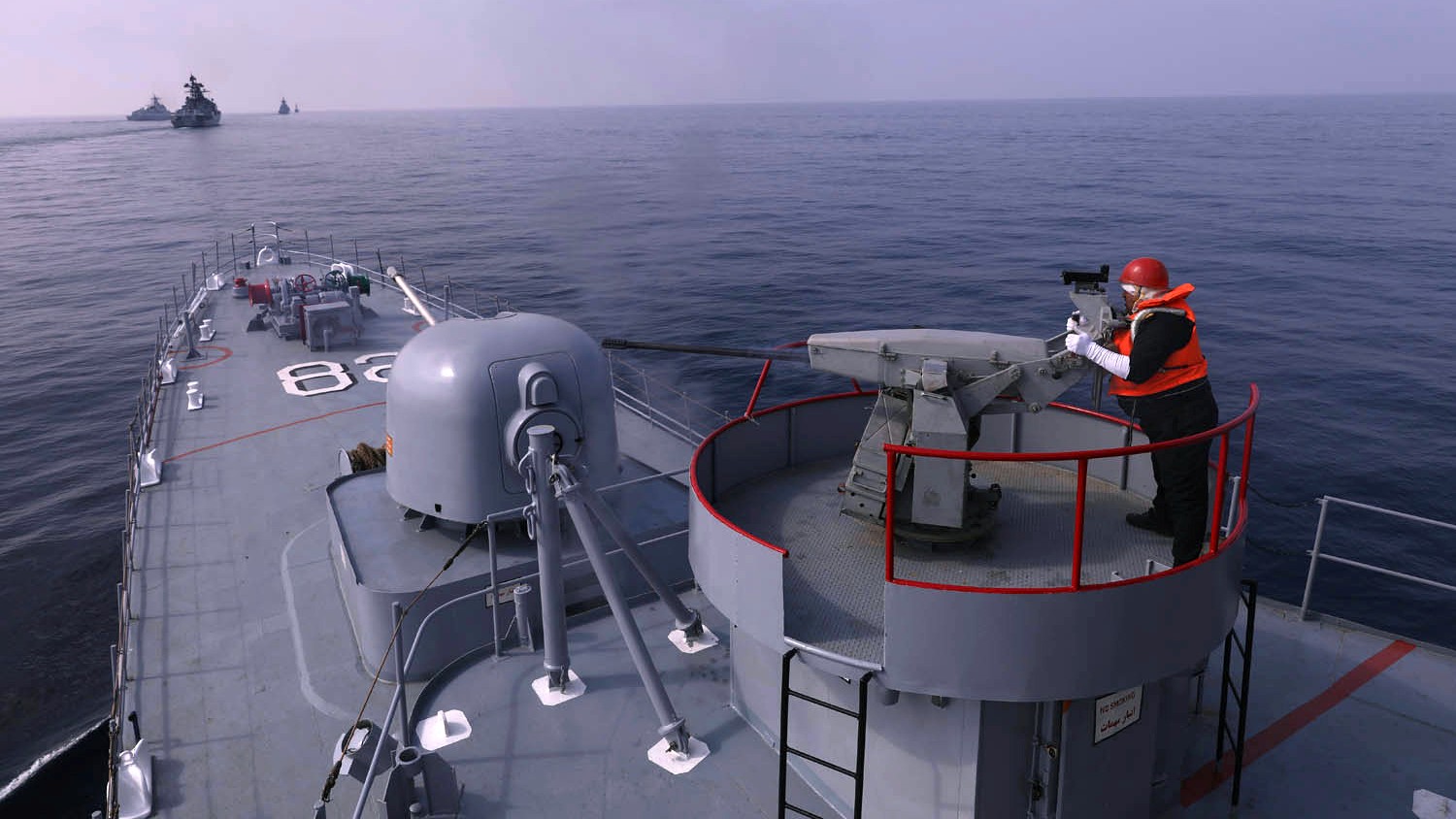 The military drills, codenamed “General Shahid Nasrollah Shafiei,” were reportedly intended to demonstrate Tehran’s readiness to face off against external and regional threats, alongside testing the performance of its fleets of cruise missiles and combat drone capabilities.

All the drills’ stages were completed, followed by a maritime parade as the IRGC’s naval forces special commandos carried out heliborne operations on floating and mobile sites.

The IRGC’s Navy Commander, Admiral Alireza Tangsiri, disclosed that his troops conducted defensive drills off the coast of the Farsi Island, indicating that Iran’s navy has been responsible for securing stability on the waters in the Gulf sea, including the Sea of Oman and the Strait of Hormuz.

Iran has been facing national insecurity due to nationwide protests sparked after the death of 22-year-old Mahsa Amini, who died days after being called in by Iran’s Gasht-e-Ershad, often referred to as the country’s morality police. Ever since, the IRGC has combated militant groups such as the western-backed Kurdish Separatists and ISIS, who seek to take advantage of Tehran’s current circumstances.

Earlier this month, the IRGC broke up a terror organization in Zahedan, detaining nine suspects linked to the group.

Last month, Iran’s Intelligence Ministry announced that the IRGC dismantled several “operational cells” of the Mojahedin-e-Khalq Organization (MEK) in the provinces of Tehran.

The IRGC reported that the individuals received payments in cryptocurrency to buy weapons and engage in kidnappings.

In addition to fighting armed groups in the country and Iraq, Iran claimed to have arrested several Mossad agents who snuck into Iran through its western border in July 2022.

Iran’s national intelligence chief said that the Israeli agents plan to use weapons for assassination operations, as they have before.