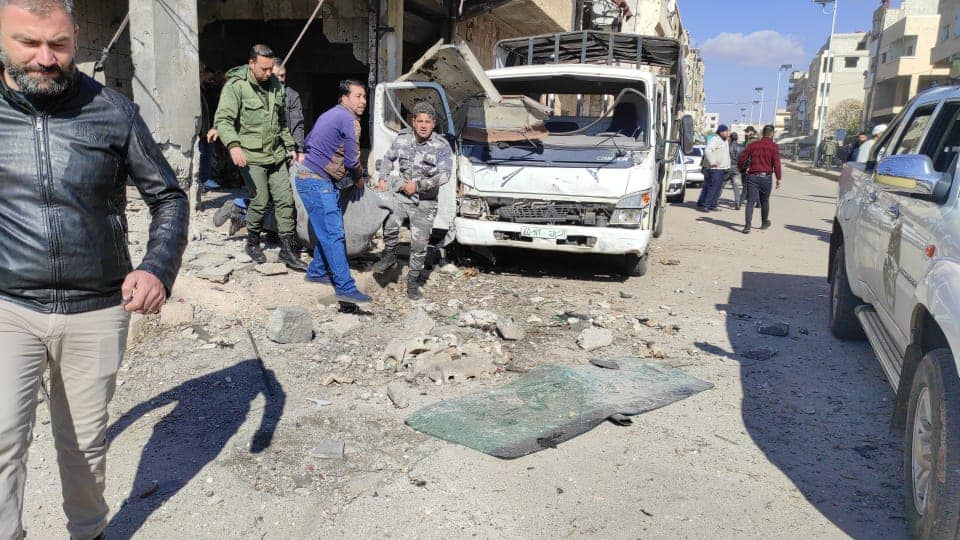 On 18 January, one officer was killed, and five other people were injured in a bomb blast in the Syrian province of Deraa, located about 100 km south of Damascus, Sputnik reported.

In a statement, the Ministry of Interior announced the death of Major Fares Khalil of the Special Missions Unit due to a terrorist attack near Bosra Square in Deraa.

The ministry added that the two policemen, Muhammad Diab and Fadi Hammadi, and three civilians at the scene were injured and taken to hospital.

The statement clarified that a device exploded while the soldiers carried out their national duty.

Deraa has been the scene of increasing hit-and-run assassination attempts and terrorist attacks in the past months, targeting military personnel and prominent social reconciliation figures.

According to local media reports, the armed groups committing these acts aim to disrupt the results of the reconciliation process in the province and the achievements made in the fight against terrorism, particularly against the Islamic State group.

On 7 January, a Syrian Arab Army (SAA) patrol was attacked by ISIS militants in the Al-Badia desert region, west of the northern city of Raqqa, leaving at least one soldier dead and several others injured.

Local media reported that the attack left two Syrian soldiers dead and four injured, whereas Saudi news channel Al-Hadath reported the death of one soldier and the injury of five.

The Al-Hadath report said that the militants took advantage of heavy fog to carry out the ambush. Afterward, the SAA sent reinforcements to the site of the attack and immediately began search operations to find those responsible.

Over the past year, ISIS activity has increased significantly in Deir Ezzor, Raqqa, Hama, and Homs, as well as Syria’s desert regions, such Al-Badia, where the latest ambush was carried out. In June 2022, Al-Badia witnessed a large-scale anti-ISIS operation carried out simultaneously by Syrian and Russian forces.