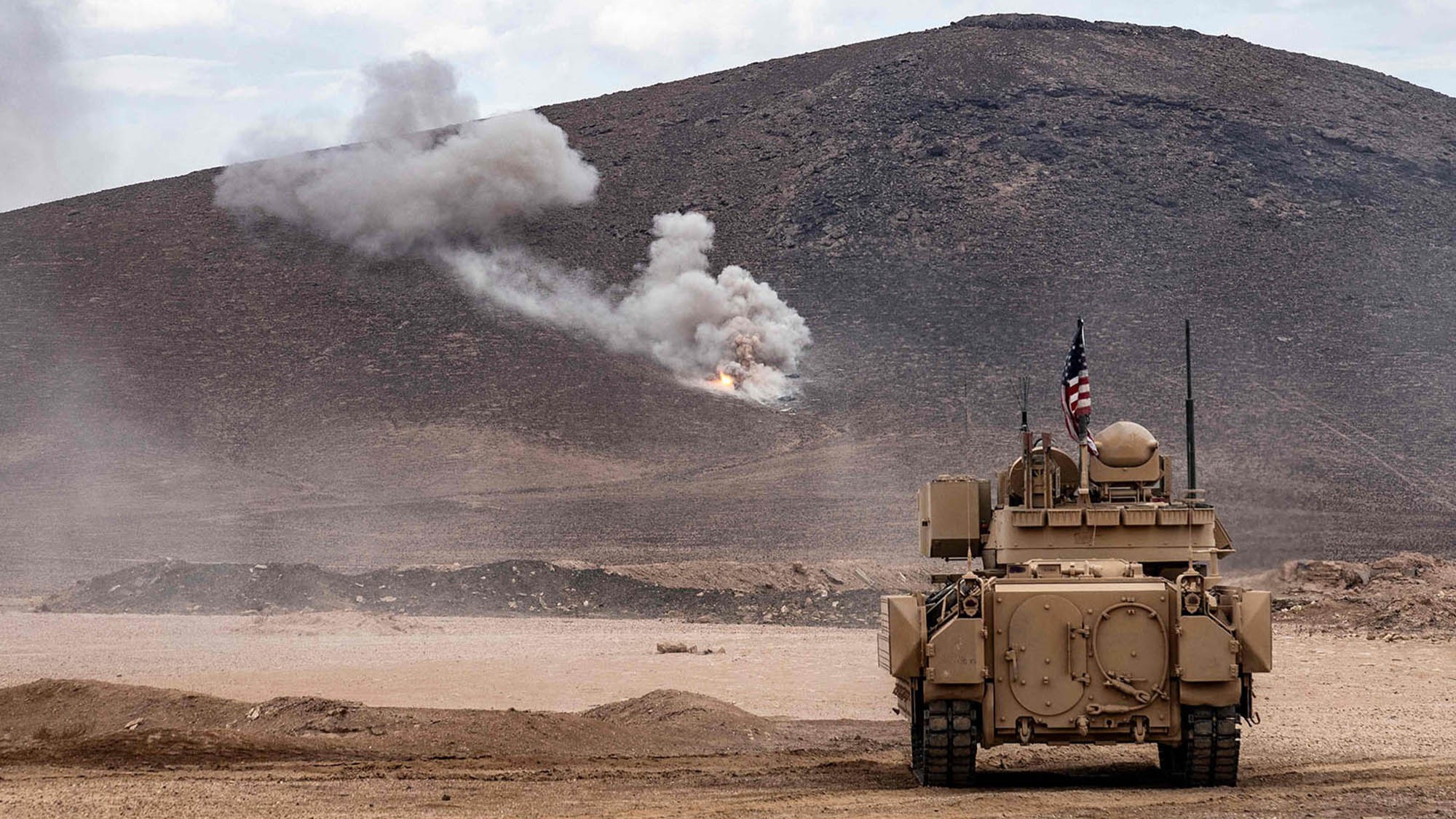 The Syrian Observatory for Human Rights (SOHR) reported that on 20 January, unidentified drones attacked Washington’s Al-Tanf military base in southeastern Syria in the first attack on the US facility in five months.

SOHR sources stated that the drones carried out several strikes on the base, triggering a state of panic among US occupation forces and injuring members of the CIA-trained Maghawir al-Thawra (MaT) armed group, a US-backed Free Syrian Army (FSA) faction formed to ‘fight ISIS.’

A US Central Command (CENTCOM) statement said that two of the drones were shot down while another managed to hit the facility, injuring two militants who were treated for their wounds. No US military personnel were injured, the statement added.

The last time the Al-Tanf base was attacked was on 15 August of last year. Before then, the base had been bombarded several times since the year before, including by the Russian Air Force.

Today’s attack was the second on a US military facility in Syria since the start of the new year, the first being on 4 January, when the base in the Conoco gas field in Syria’s eastern city of Deir Ezzor came under heavy rocket fire.

According to local sources, at least 10 rockets successfully targeted the US facility.

The 4 January attack was the third attack on a US military base in Syria within two weeks.

The two before then took place on 17 December and 30 December at the base in the US-occupied Al-Omar oilfield. Following both, CENTCOM failed to release a statement, as it usually does after such incidents.

Additionally, these attacks on the Al-Omar base were reported to have been larger than usual, with the one on 30 December targeting the Al-Omar base’s housing facility. At the time, local sources suggested that there “were [most likely] casualties among the American forces” and that it was the most significant attack ‘of its kind.’

As Washington bolsters its occupation of northern Syria and continues its systematic campaign of sanctioning the country and looting its resources, attacks against US bases in Syria may not only become more frequent but also larger, more intense, and more likely to result in casualties.