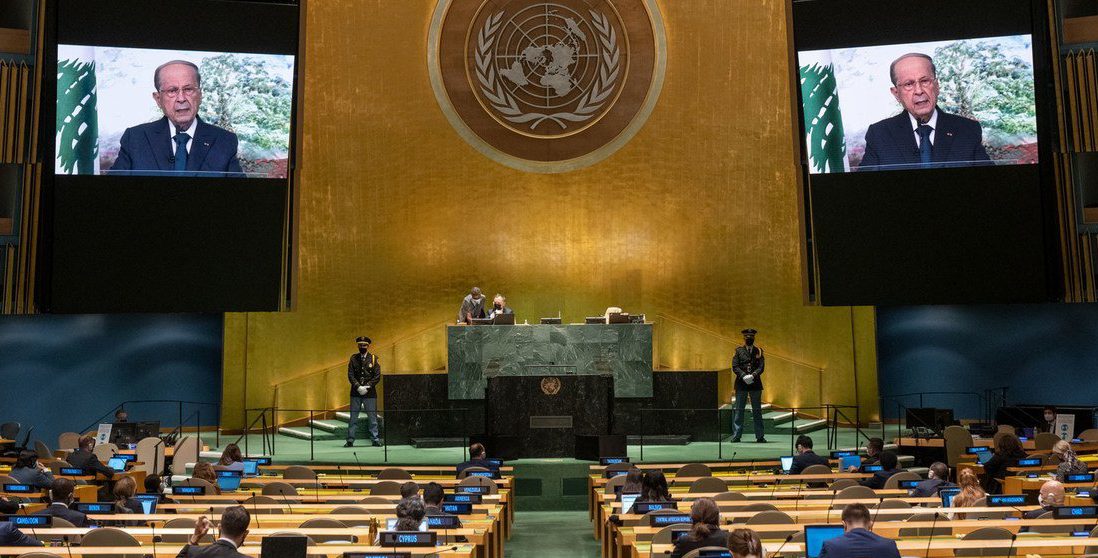 In a statement published on 19 January, UN Secretary-General Antonio Guterres announced that six countries, including Lebanon, have lost their voting rights in the 193-member UN General Assembly (GA).

The other five countries that have lost their voting rights are Equatorial Guinea, Dominica,  Gabon, South Sudan, and Venezuela.

The statement was in accordance with Article 19 of the UN Charter, which stipulates that member states will lose their voting rights in the GA if they are in arrears by an amount equal to or more than the contributions due to the UN operating budget from the two previous years.

On an exceptional basis, countries may be excused for their non-payment if the UN body decides that the member state is in arrears due to factors beyond their control.

Lebanon’s loss of its voting rights due to its delayed payment to the operational budget for 2020 and 2021 marks the second time this has happened since the start of the ongoing crisis in October 2019.

On 11 January 2020, at the height of Lebanon’s political and economic crisis, Lebanon also lost its voting rights in the General Assembly. At the time, Stéphane Dujarric, spokesman for the UN secretariat, declared at a press conference that they “fully recognize that the recent events in Lebanon have challenged the banking system, delaying part of the money.”

Following this incident, Lebanon’s representative to the UN, Amal Mudalli, announced on Twitter that Lebanon had settled the overdue payment, and that the founding member state was then regranted its voting rights in the UNGA.

On 20 January 2023, the Lebanese Ministry of Foreign Affairs and Emigrants announced on Twitter that the ministry is “interested in clarifying that the other special stages of payment have been completed,” and that “the final payment will be made directly in order to safeguard Lebanon’s rights in the United Nations.”

The minimum payment required by Lebanon to regain its voting rights this time around was declared to be $1,835,303. This comes after the Lebanese pound reached an all-time low yesterday, valued at 50,000 LBP to the US dollar.