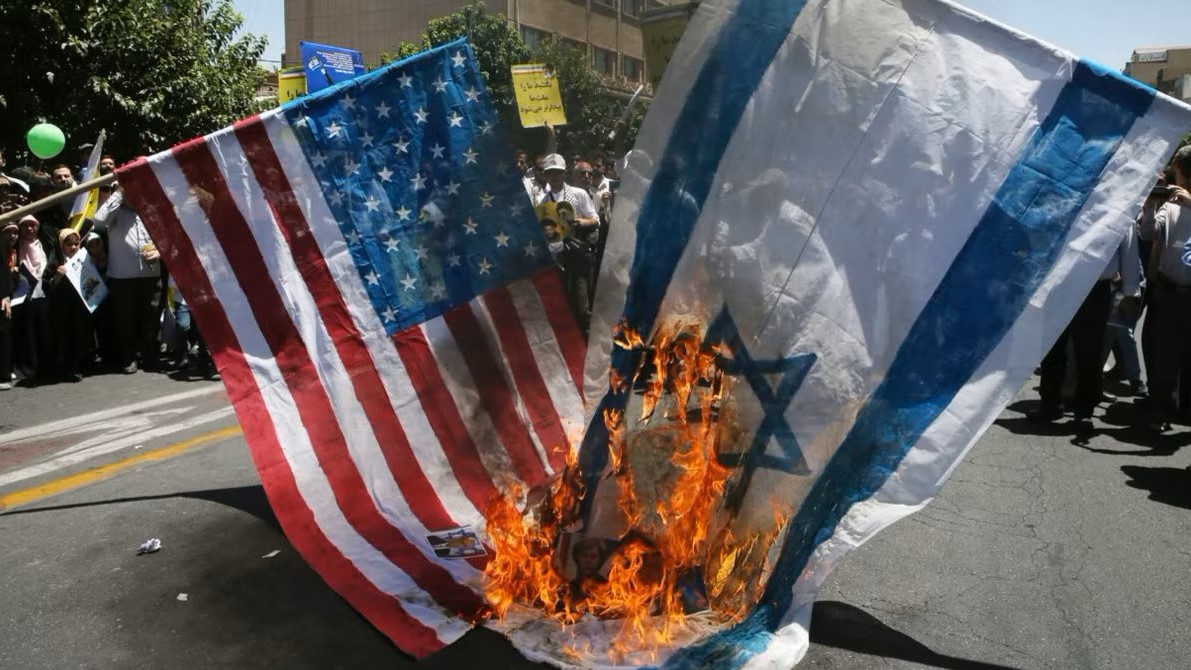 The US and Israel have been named the “biggest threats” to the security of the Arab world by citizens from across West Asia and North Africa, according to the 2022 Arab Opinion Index released on 19 January by the Arab Center for Research and Policy Studies.

When presented with a list of countries and asked which poses the biggest threat to the Arab world, 84 percent of respondents said Israel, while 78 percent said the US. 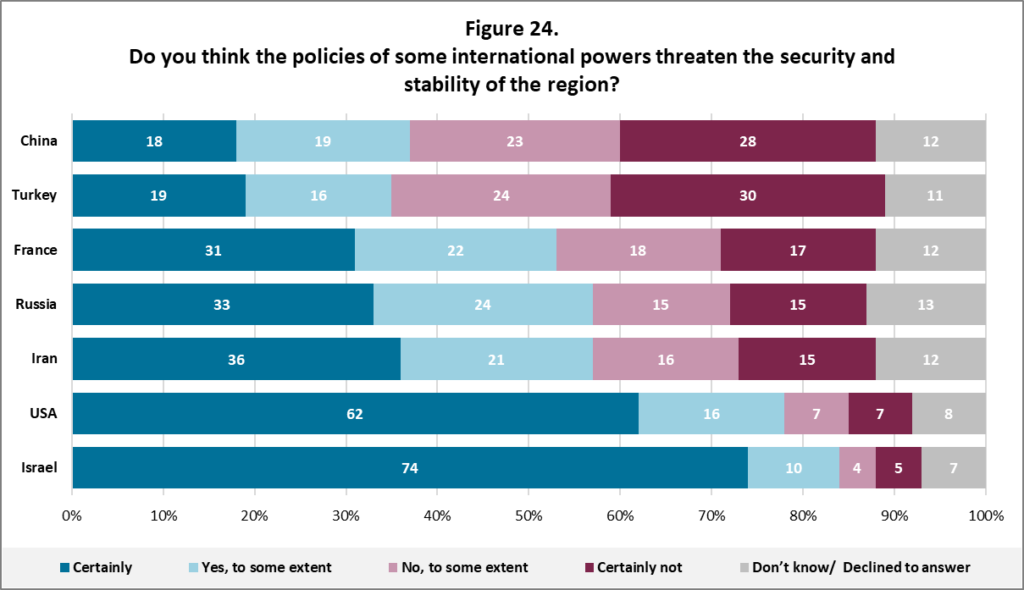 Tied for third place are Iran and Russia, as 57 percent of respondents considered the two sanctioned nations the biggest threat to regional security. Meanwhile, 53 percent of citizens named France as a significant threat.

Turkiye and China were the only countries with positive results for their policies in the Arab world.

“There is a general sense of American hypocrisy on [West Asia] policy,” said Dana El Kurd, a professor at the University of Richmond, at a press briefing following the release of the findings.

The poll also shows that 76 percent of respondents agreed that the Palestinian cause concerns all Arabs, not just Palestinians. An overwhelming majority (84 percent) said they would not support the normalization of ties with Israel. 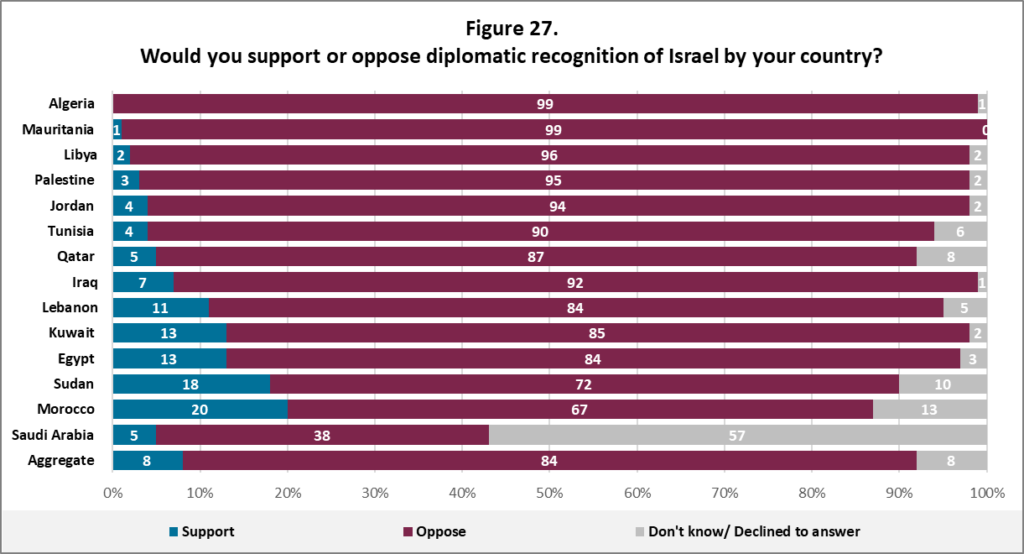 This is true even in nations that have already normalized ties with Tel Aviv, like Jordan, Sudan, and Morocco, highlighting a clear divide between the interest of citizens and their leaders.

Even in Saudi Arabia, which Israel has considered the most crucial target for normalization, only five percent of respondents said they would favor such a deal.

When asked why they oppose normalization, respondents cited the over 70-year-long Israeli occupation of Palestine and the establishment of an apartheid state to persecute Palestinians as the main reason. 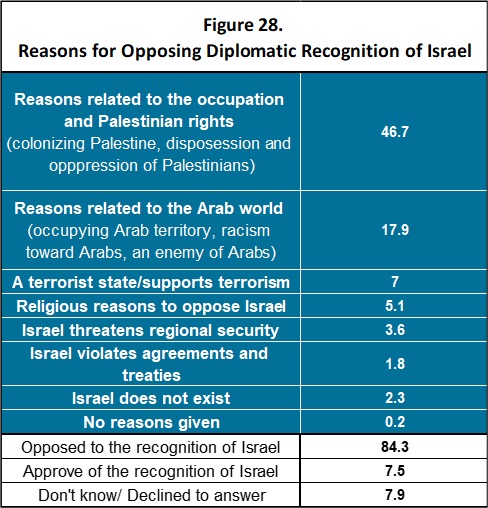 The Arab Opinion Index poll comprises in-person interviews with 33,000 respondents across 14 Arab countries. According to the Arab Center for Research and Policy Studies, interviews with Saudi citizens took place over the phone.