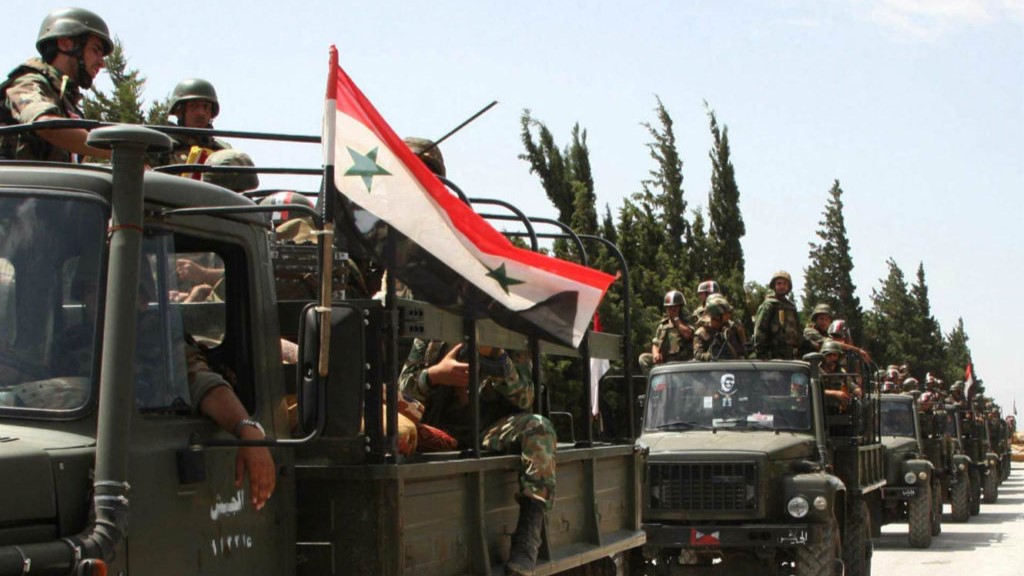 (Photo credit: War On The Rocks)

On 20 January, Syrian intelligence carried out an operation in the town of Muzayrib, in Syria’s southern Deraa governorate, leading to the killing of a high-ranking ISIS commander, Muhammad Ali al-Shaghouri, as well as two other militants who were with him.

“Security forces stormed the group’s headquarters next to the preparatory school in the northern neighborhood of the town of Muzayrib, resulting in direct clashes which led to the killing of the terrorist leader Muhammad Ali al-Shaghouri … who is one of the last ISIS leaders in the western Deraa countryside,” a Syrian security source told SANA.

According to the source, Shaghouri was responsible for many assassinations and ambushes which were carried out in the area.

“The operation also resulted in the killing of the two companions of the terrorist Al-Shaghouri, Ahmed Khaled Al-Masry, and Mohsen Zitawi … Their weapons were confiscated,” the source was quoted as saying by SANA.

Over the past year, Syria has witnessed a surge in ISIS activity despite the armed group having lost its foothold in the country. However, ISIS still operates in small pockets.

Syrian officials have suggested Washington’s role in encouraging recent ISIS attacks to have a pretext for maintaining its occupation in Syria.

More recently, extremist activity has been rising in northern Syria, as hardline Salafist militias have been stepping up attacks against the Syrian military in response to the potential reconciliation between Ankara and Damascus.

Just two days ago, on 18 January, a bomb blast in Deraa left a Syrian officer dead and several injured. On the same day, heavy clashes erupted between the forces of Damascus and extremist militants in the countryside of Aleppo.

Three days earlier, on 15 January, fighting erupted between the Syrian military and members of the foreign militia Firqat al-Ghuraba in the southern countryside of Idlib, resulting in the killing of a French militant, according to France 24.

As Turkiye becomes more serious about its efforts to rekindle ties with Damascus, the sting of betrayal felt by Syria’s armed groups is worsening. As a result, ambushes, killings, and clashes will likely continue in the coming days.