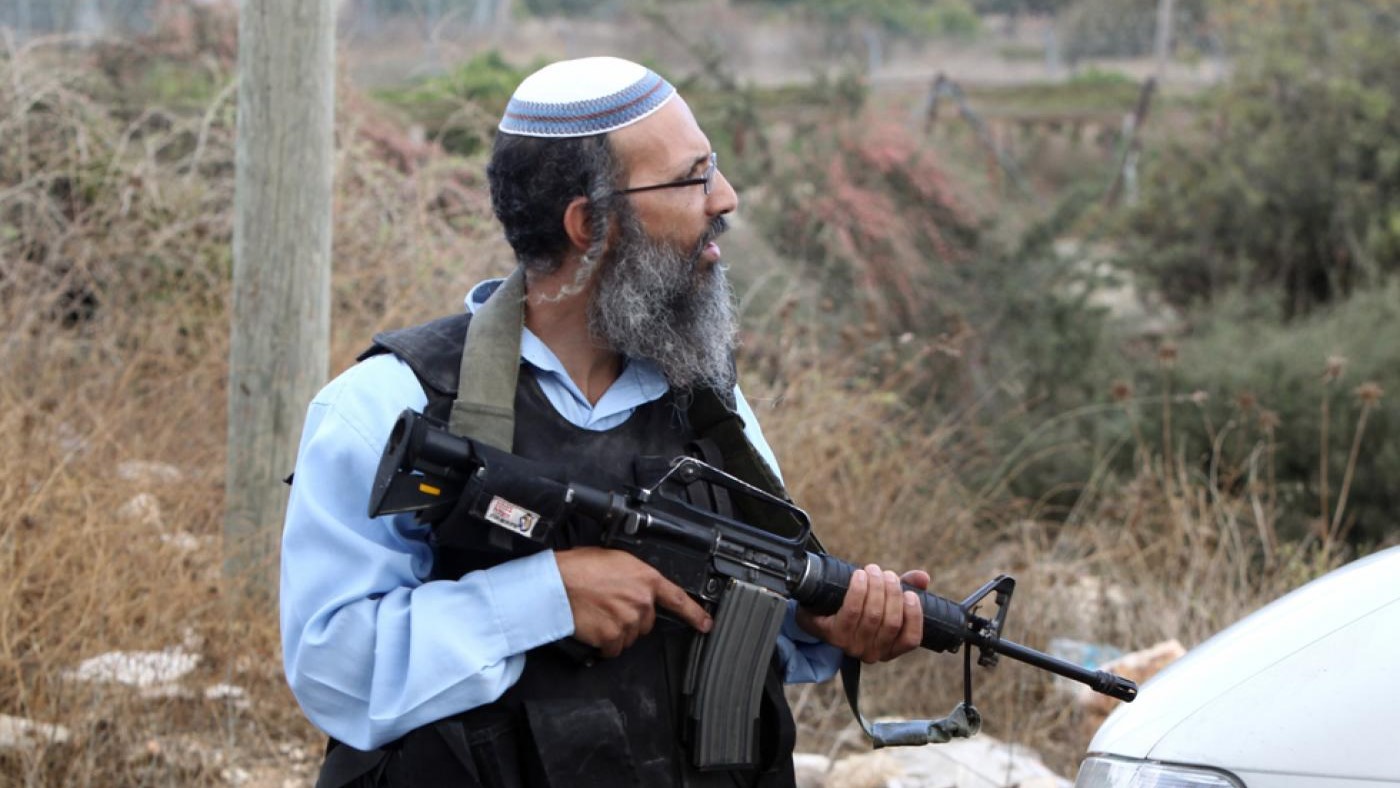 An Israeli settler shot and killed a Palestinian man at a settler farm near Ramallah in the occupied West Bank on 21 January after the victim reportedly attempted to carry out a “stabbing attack.”

“The terrorist was neutralized,” the Israeli army said in a statement to AFP. A photographer from the French news agency also confirmed that the Israeli troops prevented a Palestinian ambulance from accessing the site.

The Sde Efraim farm, where the shooting occurred, is a settler outpost, or wildcat settlement, which is illegal under Israeli law. All settlements are deemed illegal under international law, a fact Israel disputes.

CCTV footage released by the Israeli army shows Tariq Maali, 42, running after an Israeli settler who turned around and shot him dead.

Maali was reportedly grasping what appeared to be a screwdriver.

The Sde Efraim Farm outpost was established illegally on a hilltop that had been part of the Palestinian village next door, Ras Karkar, also known as Risan.

Two years ago, an Israeli settler shot and killed Khaled Nofal, a 34-year-old unarmed Palestinian accountant, in the same location.

Israeli forces and settlers have killed a total of 18 Palestinians since the start of 2023, four of them children. At least 167 people were killed in the West Bank in 2022, the highest death toll since the Second Intifada.

The uptick in Israeli violence comes just weeks after the country inaugurated it’s most far-right and anti-Arab government to date, led by Prime Minister Benjamin Netanyahu.

Netanyahu plans to pursue a policy of increased settlement expansion in the occupied West Bank, and Jewish Supremacist parties in his coalition advocate the annexation of the territory.

This situation has sparked fears of a military escalation in the Palestinian territory occupied by Israel since the 1967 Six-Day War.