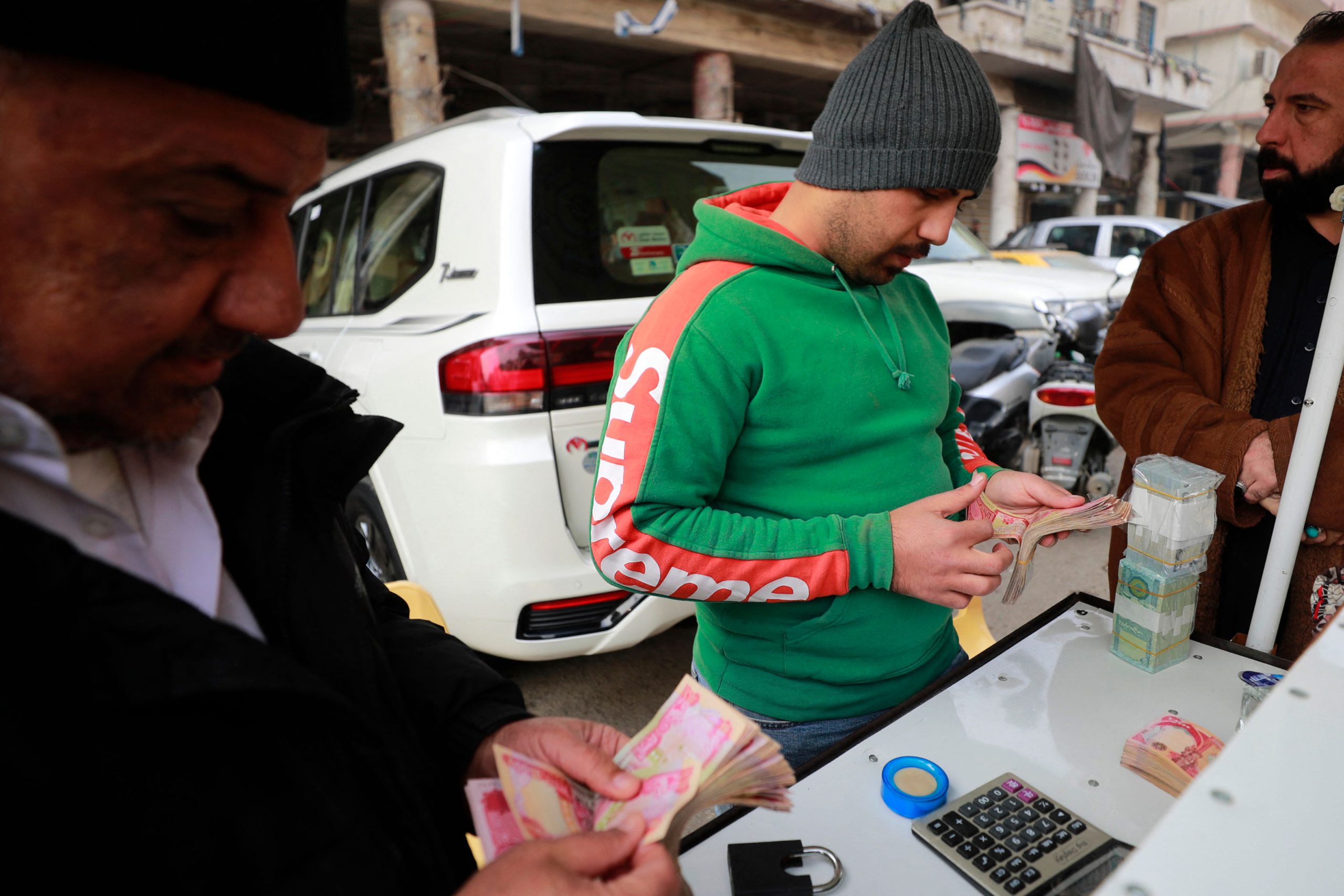 In an effort to regulate the exchange rate, Iraqi security personnel conducted raids on two of Baghdad’s largest dollar markets, according to a security official who spoke to The National on 21 January.

According to a representative of the Interior Ministry and two exchange dealers, several traders were detained at the Al Harithiya and Al Kifah bourses.

The government has taken extra steps to strengthen the dinar, according to Prime Minister Mohammed Shia al-Sudani, who made the announcement earlier on Saturday.

“We have adopted a number of decisions to back up the Iraqi dinar and its stability,” Sudani said.

The number of dealers detained remains unknown, and the government has not yet released an official statement regarding the operation.

Due to a recent policy move by the US Treasury and the Federal Reserve Bank of New York intended to strengthen sanctions against Iran, the Iraqi dinar finds itself against the ropes and has fallen as much as 10 percent against the US dollar.

According to sources who spoke with the Wall Street Journal (WSJ), since last November, the New York federal bank has been enforcing stricter controls on international transactions by Iraqi commercial banks, forcing them to comply with specific criteria of the SWIFT global transfer system to access their foreign reserves.

The Islamic Republic of Iran remains the leading supplier of natural gas for Iraq, generating as much as 45 percent of the 14,000 megawatts of Iraq’s daily electricity consumption.

According to a statement released by the US State Department on 28 March 2022, Iraq has been given another temporary sanctions waiver by the US administration to allow it to buy Iranian electricity to meet its energy demands.

These sanction waivers are not new and have been provided periodically by the US after the resumption of sanctions imposed on Iran. The time period of these waivers was shortened to 120 days under former US president Donald Trump, a policy kept in place by the Biden White House.