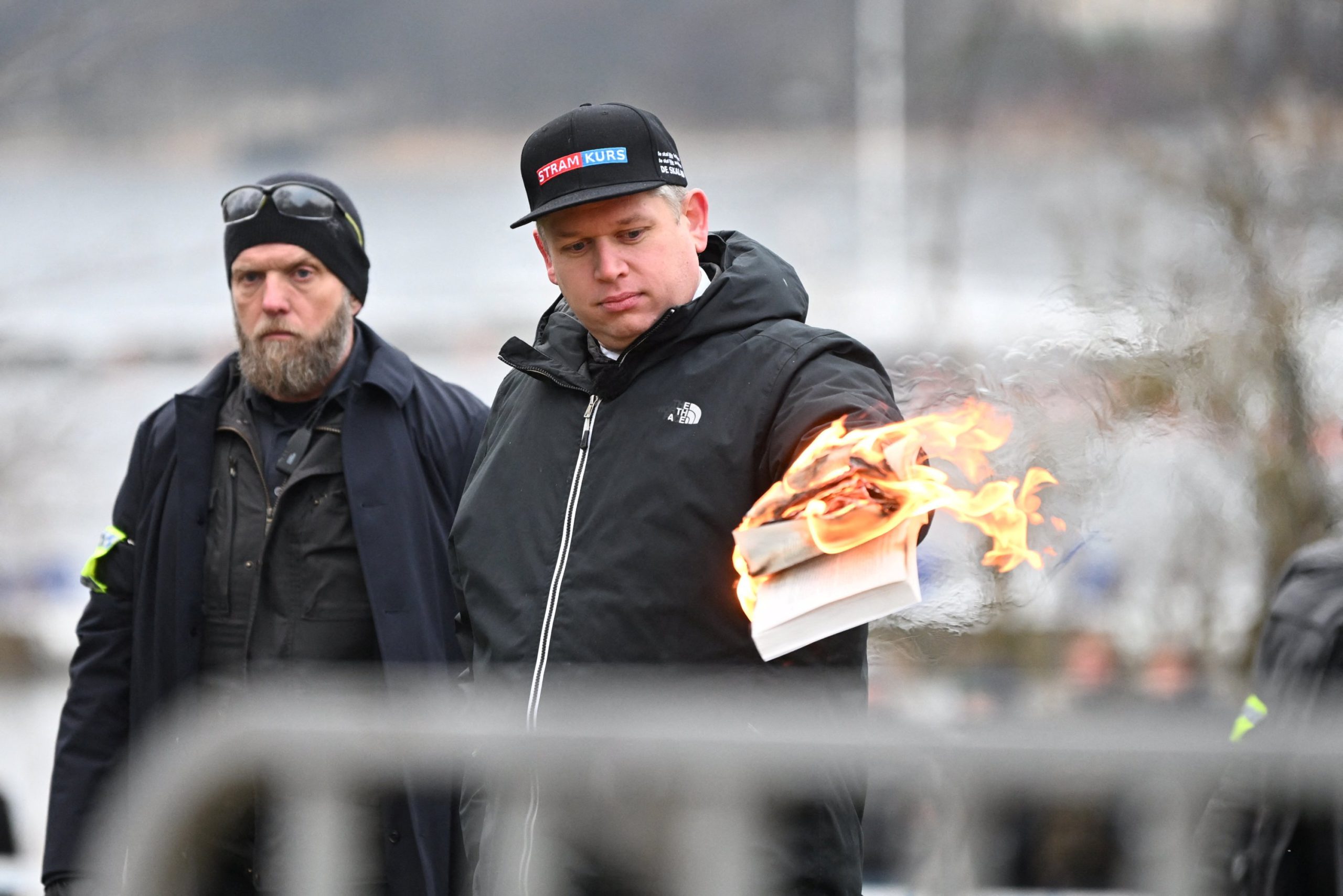 Turkish President Recep Tayyip Erdogan on 23 January warned that Sweden should not expect his backing to join NATO following the burning of the Quran outside Ankara’s embassy in Stockholm.

“Those who allow such blasphemy in front of our embassy [in Stockholm] can no longer expect our support for their NATO membership,” Erdogan said in his first official response to the act by a far-right politician during a protest over the weekend that was approved by the Swedish police.

Turkiye and Hungary are the only NATO members not to have ratified the application by the Nordic countries.

Erdogan set strict conditions for backing the joint bids, demanding that Sweden extradite dozens of mainly Kurdish suspects that Ankara either accuses of “terrorism” or of involvement in a failed 2016 coup.

The Swedish police decision to allow the Quran burning protest drew a furious response from Ankara on Friday, as the country canceled a planned visit by Sweden’s defense minister and summoned the Swedish ambassador for a dressing down.

In response to the hate crime, US State Department spokesman Ned Price said the Quran burning may have been sabotage against unity in NATO.

“Burning books that are holy to many is a deeply disrespectful act,” Price told reporters on Monday, calling it “repugnant,” “disgusting,” and “vile.”

He also claimed the act was the work of “a provocateur” who “may have deliberately sought to put distance between two close partners of ours — Turkey and Sweden.”

But Erdogan has dug in his heels in the lead-up to crucial elections set for May.

“If you do not show respect to the religious beliefs of the Republic of Turkiye or Muslims, you will not receive any support for NATO [membership] from us,” he said, calling the Quran burning an attack on 85 million Turkish citizens.