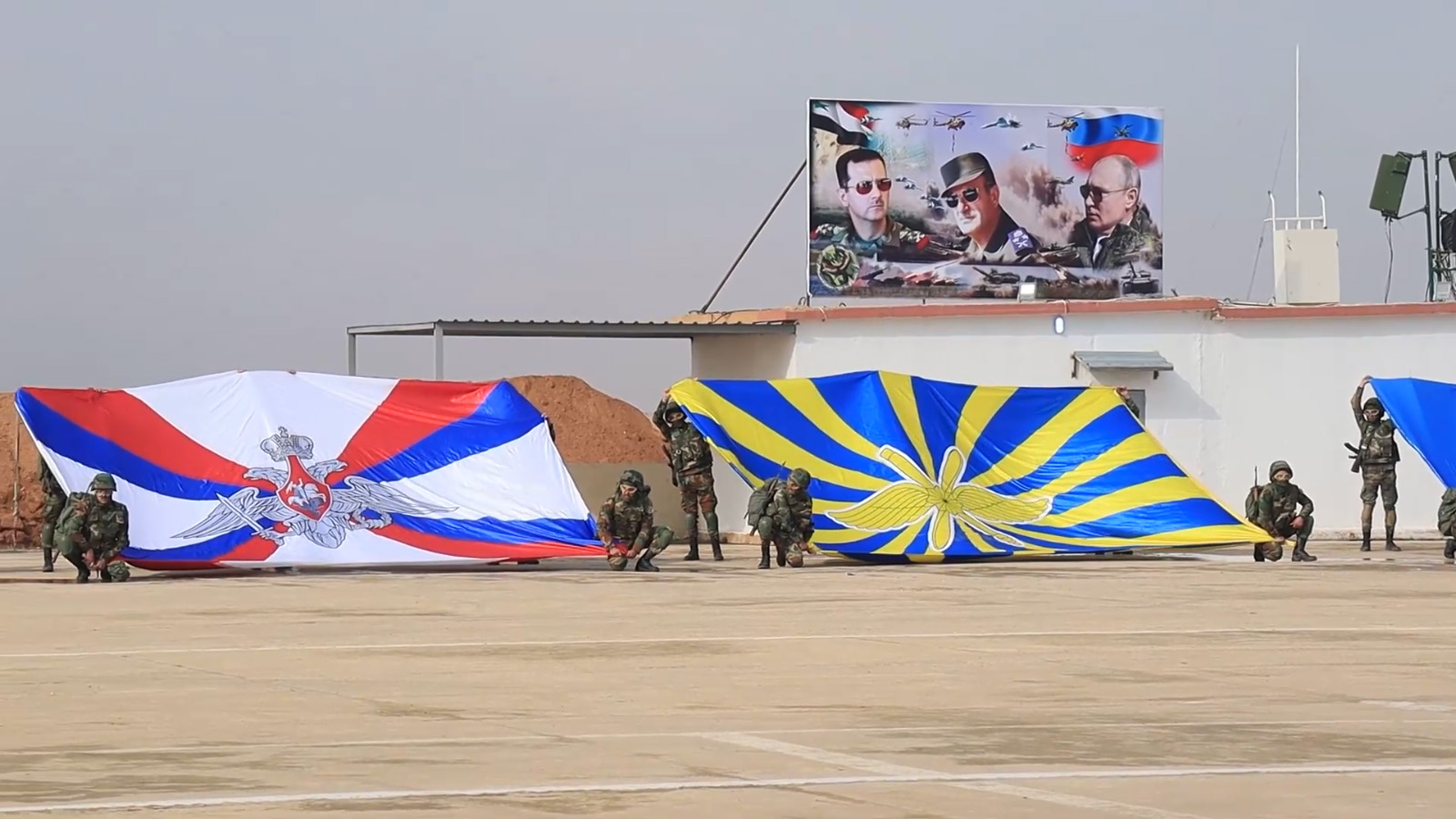 Russia and Syria have restored the Al-Jarrah military airbase in northern Syria, Russia’s Defense Ministry announced on 23 January. The airbase, which had been destroyed during the Syria conflict, will now host both Russian and Syrian warplanes.

Russian forces have also deployed Buk M2E and Pantsir S1 air defense systems inside the airbase, with the aim of defending Syria’s northern border and closing Syrian airspace to Israeli warplanes, which have regularly bombed Syria since 2013.

The opening ceremony of the airbase was attended by the commander of the Russian armed forces in Syria, General Andrey Serdyukov, and the Syrian Minister of Defense, General Ali Mahmoud Abbas, in addition to military personnel and guests of honor from both countries.

During the ceremony, planes and helicopters of the Russian Aerospace Forces and the Syrian Air Force demonstrated their combat capabilities, while Syrian special forces carried out parachute drops from helicopters and carried out simulated surround and destroy exercises.

The Al-Jarrah airbase, which lies in Manbij, between Aleppo and Raqqa, was first captured by US and Saudi-backed militants from an Al-Qaeda affiliated Salafist militia, Ahrar al-Sham, in February 2013. The operation to capture Al-Jarrah was part of a broader Al-Qaeda led push, known as the “War of the Airports,” to capture Syria’s major military airbases, including Taftanaz, Wadi al-Deif, and Menagh.

According to Abu Abdallah Minbij, an Ahrar al-Sham commander, the 2013 capture of Al-Jarrah cut off Syrian army supply lines to the east and made it difficult for the army to send reinforcements to Raqqa province. Raqqa city fell to Al-Qaeda led forces, including Ahrar al-Sham and the Nusra Front, a month later, in March 2013.

In April 2013, the Nusra Front and Islamic State of Iraq (ISI) split with ISI and became ISIS. Many Nusra fighters and commanders pledged allegiance to the organization. This allowed ISIS to establish a foothold in Raqqa. ISIS then expelled its jihadist rivals and took full control of Raqqa city in January 2014, making the city its Syrian capital.

With Russian assistance, the Syrian army recaptured the airbase in 2017, in a bloody battle led by the Syrian Major General Suheil al-Hassan’s Tiger Forces. Some 3,000 ISIS militants were killed and wounded in the fighting.

The joint restoration of the Al-Jarrah airbase by Syria and Russia represents an increase in Russian presence in the country, as well as the recent surge in military cooperation between the two states.