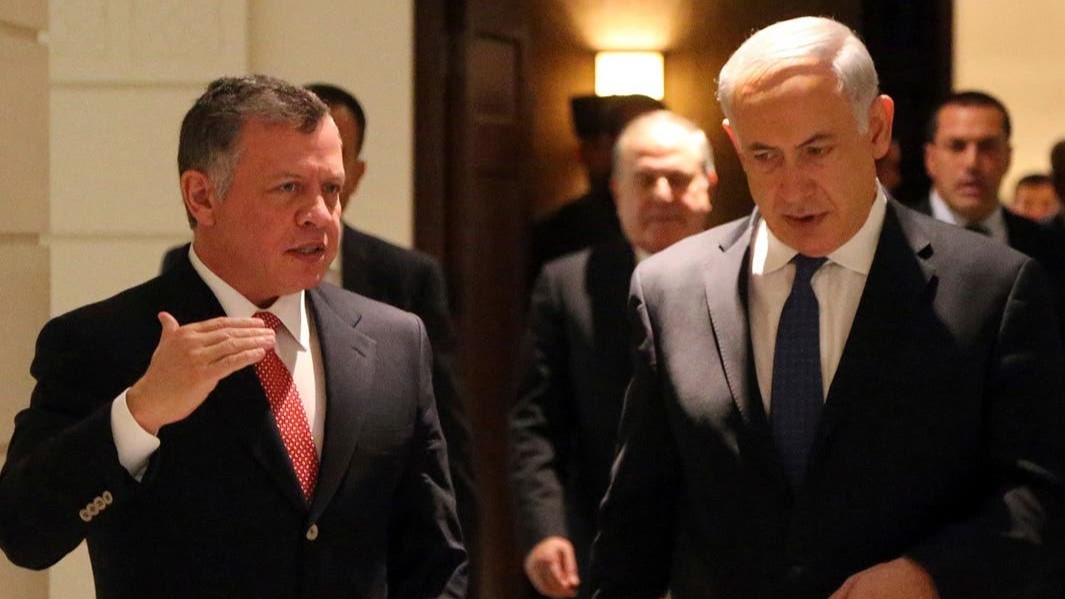 This was the first meeting between the two since Netanyahu’s return to power following the Israeli elections in November.

According to a statement released by Netanyahu’s office, the meeting focused on “regional issues” and bilateral cooperation between the two states.

During the meeting, King Abdullah emphasized “the need to respect the historical and legal status quo in the blessed Al-Aqsa Mosque,” the Jordanian statement read, and “the necessity of adhering to calm.”

He also called for “the cessation of any measures that undermine the chances of peace,” particularly in reference to the Israeli desecration of the Al-Aqsa Mosque.

Twice this month, the Jordanian Foreign Ministry summoned the Israeli ambassador to Amman. The first time was over Israeli National Security Minister Itamar Ben Gvir’s storming of the Al-Aqsa Mosque on 3 January, which sparked outrage across the entirety of the Arab and Muslim world.

The second was on 17 January, when Jordanian Ambassador to Israel Ghassan Majali was denied access to the Al-Aqsa Mosque compound by Israeli police.

Jordan has long condemned Israeli violations regarding the Jerusalem ‘status quo’ and the desecration of Al-Aqsa, particularly given the kingdom’s role as the custodian of the holy site.  Since the inauguration of Netanyahu’s government, the Jordanian monarchy has expressed renewed concern over this matter.

Israel is infamous for its provocative activities inside and around the Al-Aqsa Mosque compound. These actions come in the form of continuous raids by Israeli settlers, as well as a decades-long government-sponsored excavation project under the holy site.

A 12 January report released by the Palestinian Information Center (PIC) said that since the start of 2023, there had been an unprecedented acceleration in Israeli excavation under the Al-Aqsa Mosque.