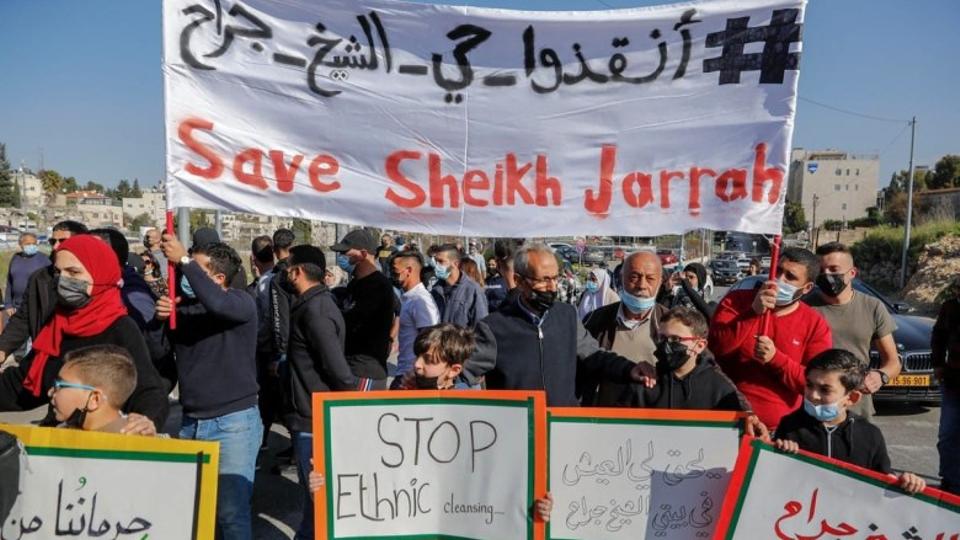 Israel’s High Court of Justice (HCJ) on 4 October offered Palestinian families living in the Sheikh Jarrah neighborhood of occupied East Jerusalem a so-called “compromise solution” to remain in their homes as “tenants” for the next 15 years.

Under this “compromise solution,” the Palestinian families would be “allowed” to remain in their homes as “protected tenants” while the Nahalat Shimon settler organization will be listed as the ‘owners’ of the land the Palestinian-owned homes are built on.

Moreover, the HCJ said that the land ownership issue can be adjudicated over the 15-year period. The court gave the two sides until 2 November to present amendments to the proposal.

But the court also warned that if the compromise is rejected, it would emit a binding ruling on the issue.

No comment was provided by the Sheikh Jarrah families on this proposal. However, they have previously refused deals that call for giving up their property to Israeli settlers.

In January, an Israeli court ordered the eviction of seven Palestinian families from their homes in Sheikh Jarrah, sparking massive protests against the expansion of illegal settlements on occupied Palestinian land.

This culminated in Tel Aviv’s 11-day bombing campaign of the occupied Gaza Strip, which killed at least 250 Palestinians.

The Sheikh Jarrah neighborhood issue dates back to the Palestinian Nakba, the great catastrophe of 1948, when hundreds of thousands of Palestinians families were forced out of their homes and lands.

Nonetheless, 28 families settled in Sheikh Jarrah in 1956, thanks to an agreement with the Jordanian government, which had ruled the West Bank, including East Jerusalem, before the Israeli occupation in 1967.

Under Israeli laws, Jewish settlers from around the globe are eligible to reclaim land they consider to be theirs as well as demand compensation from Palestinian families. Furthermore, Israel has approved several laws that allow its citizens to seize Palestinian property and evict the owners from their homes, such as the so-called Absentee Property Law.