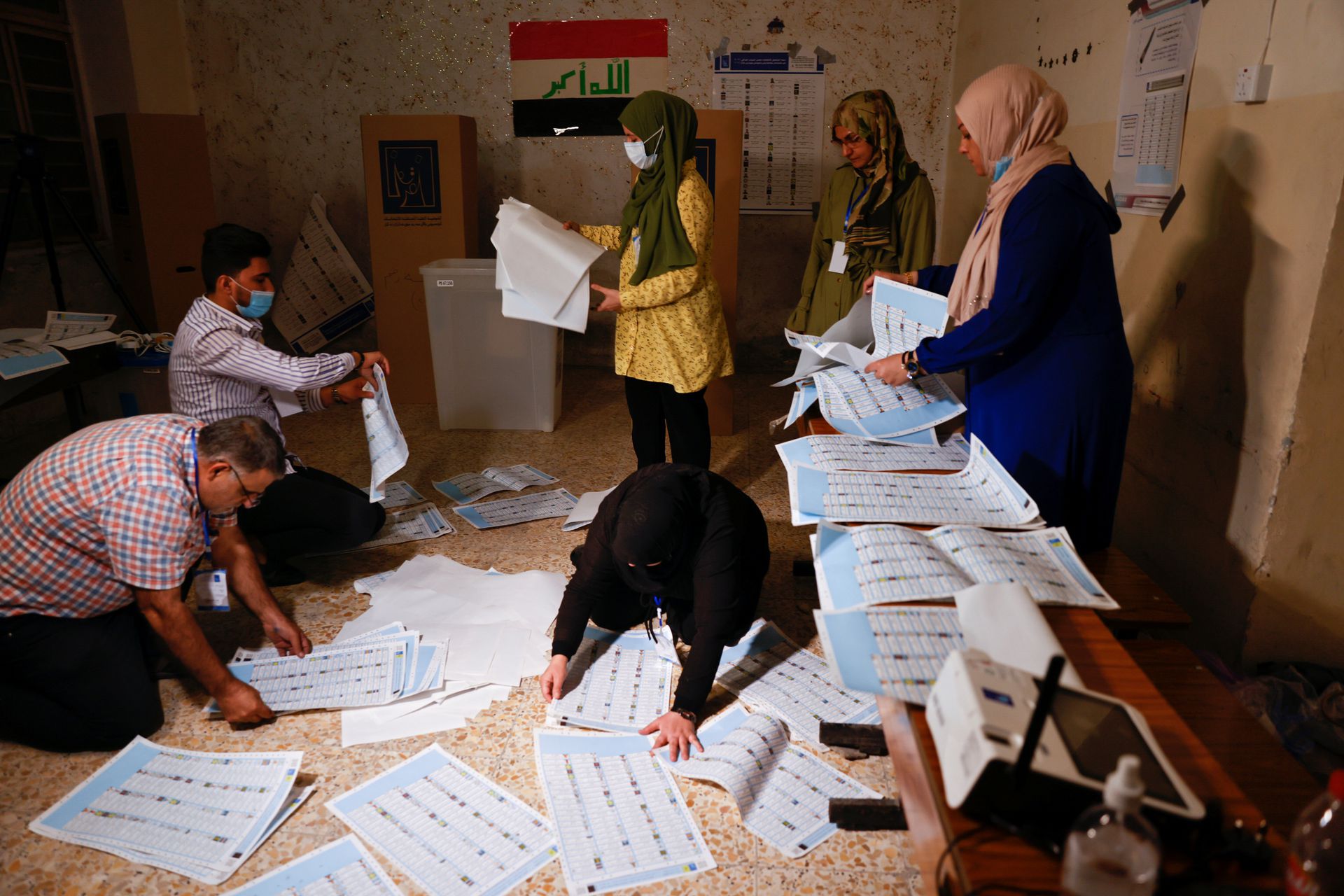 The leader of Iraq’s Fatah Alliance, Hadi Al-Amiri, has objected to the preliminary results of Sunday’s parliamentary elections, calling them “fabricated.”

“We do not accept these fabricated results, whatever the cost. We will defend the votes of our candidates and voters with full force,” Al-Amiri said via a statement.

According to preliminary results released by the Iraqi High Electoral Commission (IHEC) on 11 October the Al-Fateh Alliance has won 14 seats in parliament, a marked drop-off after winning 48 seats in the 2018 elections.

Meanwhile, the Sairoon coalition led by Shia Muslim scholar Muqtada al-Sadr has reportedly won an estimated 75 seats, which will allow them to maintain their position as Iraq’s largest parliamentary bloc.

Kurdish parties also made big gains as they have claimed 61 parliament seats, including 32 for the Kurdistan Democratic Party which dominates the semi-autonomous Kurdish region of Iraq.

Nonetheless, the Coordinating Committee of Shia Parties in Iraq also released a statement condemning Sunday’s results, saying: “…we announce our appeal against the announced results and our non-acceptance, we will take all measures to prevent voter manipulation.”

This committee is made up by the Fatah Alliance, the State of Law Alliance, the Asa’ib Ahl al-Haq party, the Kata’ib Hezbollah party as well as other Shia groups.

The leader of the Huquq Movement, Abu Ali al-Askari, in particular rallied against the results saying: “We will stand up with firmness and determination to restore things to the right place. We will not allow anyone to persecute or attempt to humiliate the sons of Iraq.”

On 10 October Iraq held early parliamentary elections as a result of massive protests which began in  2019 against corruption, unemployment and inefficient public services and which led to the ousting of former Prime Minister Adil Abdul-Mahdi.

However, Sunday’s vote saw the lowest participation of citizens since the US invasion of Iraq in 2003, as only 41% of eligible voters cast their vote.