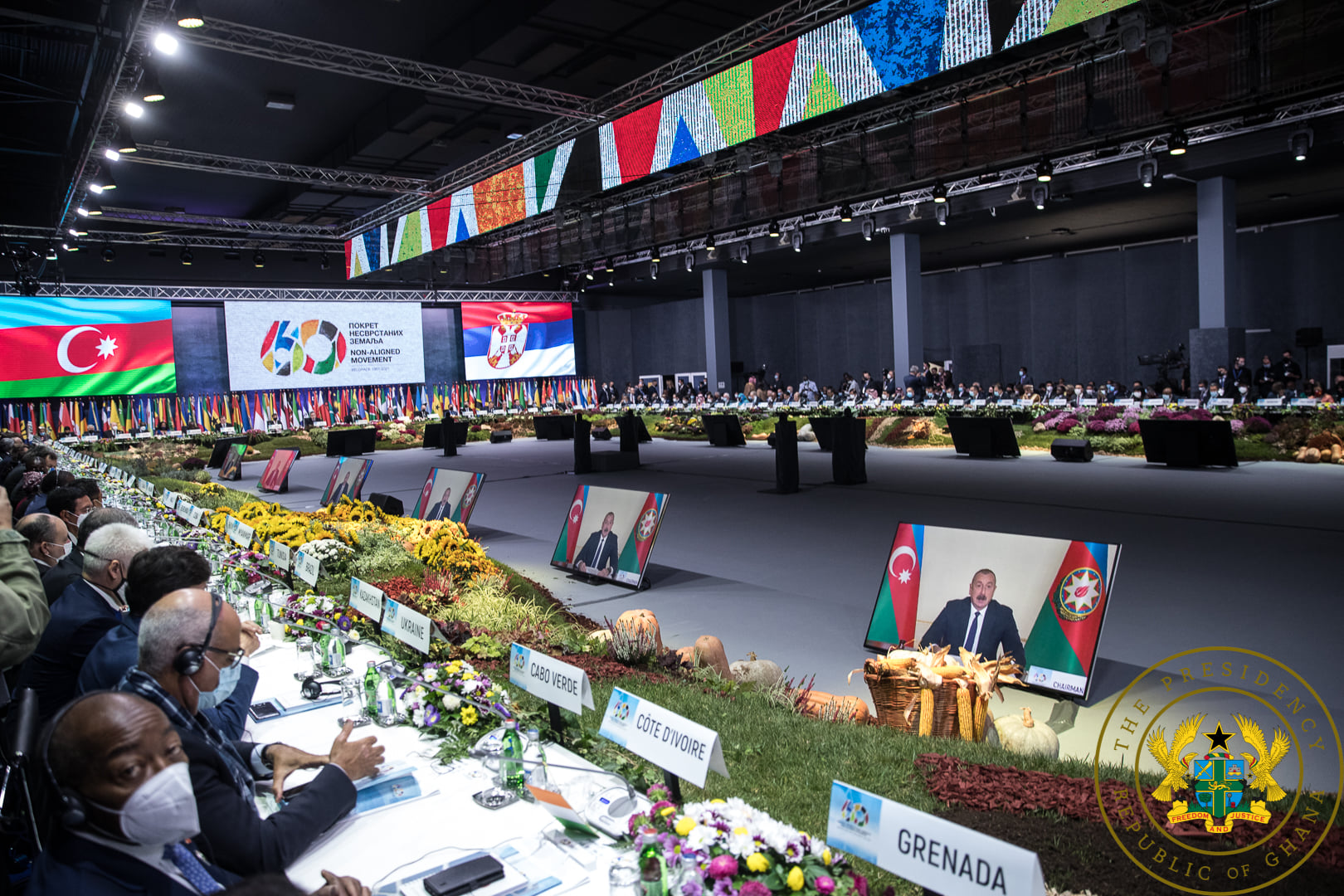 (Photo credit: Presidency of the Republic of Ghana)

The high-level meeting of the Non-Aligned Movement (NAM) came to a close in the Serbian capital Belgrade on 12 October, with world leaders reaffirming their collective commitment to strengthen the principles and goals of the 120-member bloc on the occasion of its 60th anniversary.

At the summit’s close, the NAM issued a statement calling for an end to unilateral coercive measures imposed by the US and its allies on several member states, highlighting that economic sanctions directly harm people in the developing world.

In their statement, the NAM also called for the establishment of a free and sovereign Palestinian state, adding that the movement stands in solidarity with the Palestinians’ right to self-determination.

Another topic discussed during the two-day summit was the COVID-19 pandemic and its effects on the global south.

In particular, speakers condemned the inequality caused by rich countries hoarding hundreds of millions of excess vaccine doses while poor nations are left out in the cold.

“We are observers of the global power play and are subject to the benevolence of powerful countries who give out their hoarded [vaccine] supplies at their own pace, not necessarily in tandem with our realities,” Ghanaian President Nana Akufo-Addo said during his intervention.

The NAM is an international organization that is not formally aligned with any major power bloc, favoring instead the peaceful co-existence of peoples.

Its 60th anniversary brought together more than 100 countries, with 43 delegations led by mainly by foreign ministers. After the United Nations, it is the largest grouping of states worldwide.