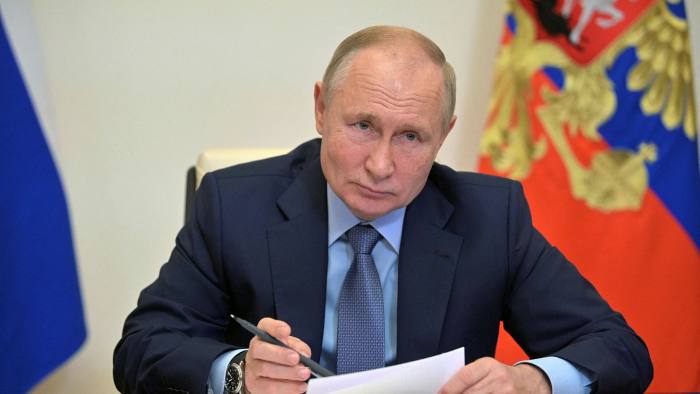 Russian President Vladimir Putin announced on 21 October that his country will consider the possibility of assisting investigators looking into the catastrophic 2020 explosion at the Port of Beirut, and that Moscow will provide available satellite images.

The Russian leader made the comments during the conclusion of the Valdai Discussion Club, a Moscow-based think tank and discussion forum.

“We will study the possibility of assisting in the investigation of the Beirut port explosion, and we will provide satellite images, if available,” Putin said.

However, he also cautioned that “we cannot comment on political processes relating to the Lebanese judiciary. We cannot support one party against another, because that will have counterproductive results on our efforts to reconcile between the Lebanese parties.”

The Russian president was referring to growing tensions in Lebanon between Hezbollah and the Amal Movement and far-right groups, mainly the Lebanese Forces (LF) party.

Last week, extremists affiliated with the LF were behind a massacre in Beirut that left seven dead and dozens more injured.

Putin also said his country is working with all political forces in Lebanon, in the hope of achieving security, stability, and peace in a country that has been ravaged by a severe political and economic crisis.

“In Russia, they are completely concerned with finding common ground for an agreement between the Lebanese parties without a fight,” Putin said, adding that “we are working with all the Lebanese to prevent bloodshed.”

On 4 August 2020, several tons of ammonium nitrate improperly stored at the Port of Beirut exploded, causing at least 218 deaths, 7,000 injuries, $15 billion in property damage, and leaving an estimated 300,000 people homeless in a country that, by that point, had already seen the value of its currency plunge by nearly 90 percent.

Over a year after the blast, no one has been held accountable for the storage of dangerous chemicals within Beirut’s residential suburbs, and the investigation’s lead judge has been accused of politicizing the judicial process in order to serve western interests.