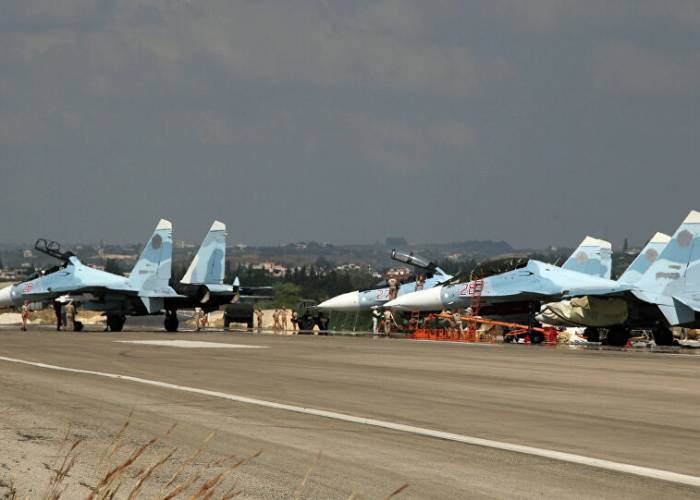 Arabic media reports claim Russia is looking to cement its military presence in northwestern Syria by beginning work to expand Qamishli Airport in the governorate of Hasakah to turn it into a new Russian Air Force base.

“Russia wants to exploit the geographical location of the city of Qamishli, which borders Turkey and close to the Iraqi border, to establish its presence in this strategic area,” according to Syrian military sources speaking to Al-Akhbar on 29 October.

The sources also said that Moscow’s plans for the airport come as a precautionary measure ahead of a possible US withdrawal from Syria, but denied claims that the Kremlin is taking steps for a military confrontation with Turkey.

On 28 October, Russia’s first warplane landed at Qamishli Airport, which is located just 100 kilometers from a US air base in rural Malikiyah, with reports indicating that Moscow plans to have a squadron made up of four warplanes and several Mi-17 and Mi-25 helicopters as well as an air defense system in the vicinity of the airfield.

The news comes just as the US and Turkey began reinforcing their military presence in Hasakah governorate. Reports on 31 October indicated that a convoy of 40 trucks carrying various types of weapons, military equipment, and logistical supplies crossed the Waleed border crossing from Iraq before heading for the US-controlled region.

The Turkish army’s reinforcements arrived in conjunction with official statements from Ankara indicating their intention to launch a military operation against the Syrian Democratic Forces (SDF) and the People’s Protection Units (YPG).