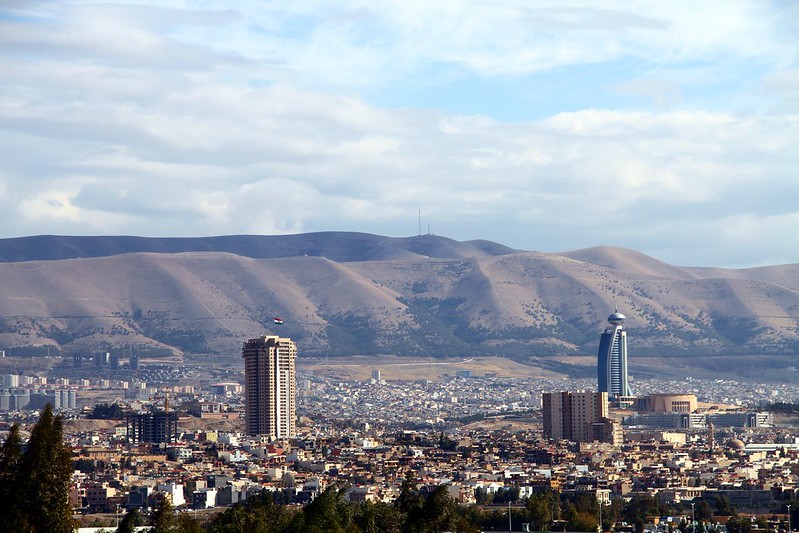 One day after the head of Iran’s Islamic Revolutionary Guards Corps (IRGC) Quds Force, Esmail Qaani, arrived in Iraq, new information about his visit has been revealed.

Qaani arrived in Baghdad on 7 November to meet with Prime Minister Mustafa Kadhimi and offer Iran’s full assistance in the investigation into the assassination attempt on the PM’s life, which took place a day earlier.

However, local sources say the Quds Force chief also visited the Kurdistan Region of Iraq, travelling to the city of Suleymaniyah to “bridge the gap” between the leaders of the Patriotic Union of Kurdistan (PUK) party.

The leaks revealed that Qaani discussed the formation of Iraq’s new government with PUK leaders and expressed support for the unification of the Kurdish tribes through dialogue.

The PUK has been going through an internal conflict, and is trying to solve its differences among the Talebani family. Tensions escalated in the group after the leadership accused Lahur Talebani of spying on the home of Bafel Talebani, and attempting to poison him.

According to official reports, the two discussed the expansion of bilateral relations, as well as facilitation of trade between Iran and the Iraqi Kurdistan region.

The sudden visit of Iranian officials to Iraq just days after the attempted assassination on the country’s leader comes amid accusations that Shia resistance groups were behind Sunday’s drone attack.

According to The Cradle‘s correspondent in Iraq, Tehran’s intentions are not only to stop speculation about its involvement in the failed attack, but also to ease Iraq’s post-election tensions.

These tensions left at least five dead at the hands of police last week during protests against the results of parliamentary elections which have sidelined several influential Shia parties.