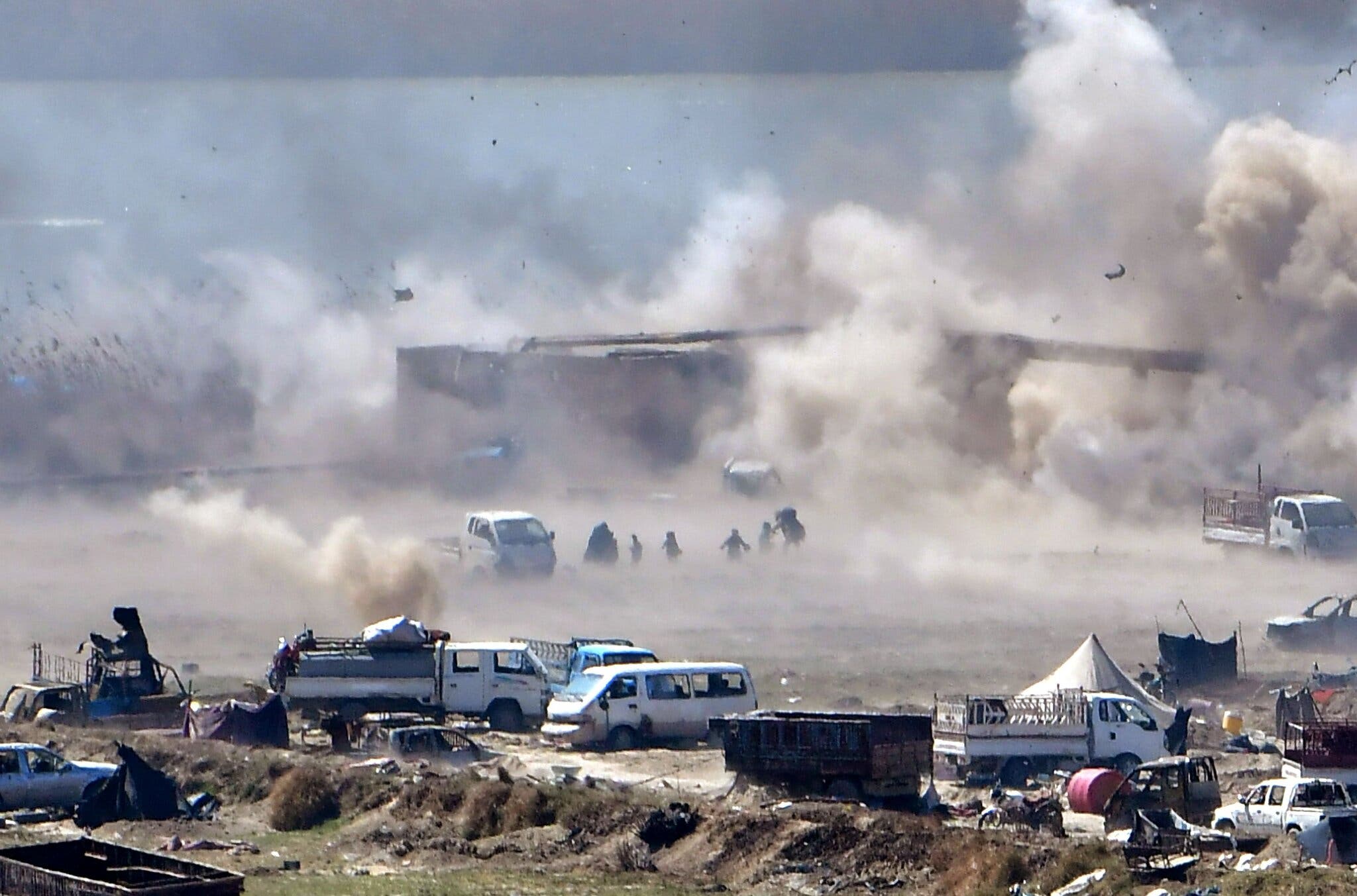 US military officials have justified a 2019 airstrike in the eastern Syrian governorate of Dayr al-Zawr which killed dozens of women and children, claiming it was “necessary” in order to defeat armed ISIS fighters.

The statement comes on the heels of an in-depth report by The New York Times, which alleges that the US military covered up the apparent war crime committed near the town of Baghuz on 18 March, 2019.

According to the investigation, a US F-15E attack jet dropped a 500-pound bomb on a “large crowd of women and children huddled against a river bank.” This was followed by two 2,000-pound bombs which killed most of the survivors from the first strike.

The report goes on to say that officials at the US military’s Combined Air Operations Center at Al Udeid Air Base in Qatar immediately questioned the reasons for the attack, with at least one message on a secure chat system reading “We just dropped on 50 women and children.”

This was allegedly followed by an extensive cover-up of the Baghuz strike “at nearly every step,” as the US military made moves to conceal the reality of the attack. According to the NYT: “The death toll was downplayed. Reports were delayed, sanitized and classified. United States-led coalition forces bulldozed the blast site. And top leaders were not notified.”

On top of this, a report by the Defense Department’s independent inspector general “was stalled and stripped of any mention of the strike.” The cover-up also included intentionally entered false strike log entries, as the military did not follow its own requirements to report and investigate the strike.

In response to the damning revelations, the US Central Command (CENTCOM) has maintained that at least 80 people were killed during the airstrikes, “including 16 Islamic State fighters and four civilians.” However, the number of civilians among the 60 fatalities “could not be determined because multiple armed women and at least one armed child were observed.”

Following up on this claim, CENTCOM spokesman Captain Bill Urban told reporters on 15 November that the probe could not “conclusively characterize the status of more than 60 other casualties,” adding that some women and children, “whether through indoctrination or choice, decided to take up arms in this battle and as such could not strictly be classified as civilians.”

Still, Urban went on to say that “it is also highly likely that there were additional civilians killed.”

The news comes just two months after the US military admitted to having killed at least 10 civilians in August this year – including seven children – in a botched airstrike during their chaotic withdrawal from Afghanistan.