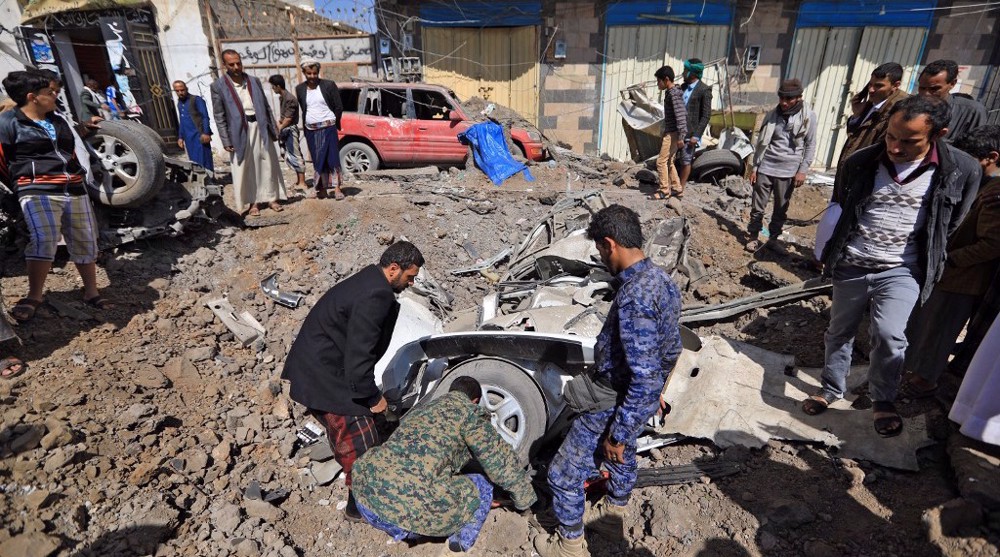 On 18 November, the Yemeni Armed Forces said that the Saudi-led coalition had launched over 65 airstrikes within 24 hours in a number of provinces.

“In a major escalation, the forces of the Saudi-American aggression have launched more than 65 air raids over the past 24 hours, distributed over a number of governorates of the Republic. This escalation will have serious consequences for the forces of aggression, and they must bear its consequences,” Yemeni army spokesman Yahya Saree announced on Twitter.

The attacks came after the Saudi-led military coalition claimed to have successfully thwarted a Yemeni military drone attack by striking four Yemeni provinces on 17 November.

Saudi state media alleges that the explosive drone was aimed at its Abha international airport in the Asir province.

In response, the Saudi coalition launched strikes against the Yemeni provinces of Sanaa, Dhamar, Saada, and Al-Jawf.

The Saudi bombings claimed to have targeted “the sources of hostile cross-border attacks,” which reportedly included workshops and warehouses for ballistic missiles, drones, and communications systems.

Riyadh also alleges that among its targets was a secret facility for experts from the Iranian Revolutionary Guards and Lebanon’s Hezbollah.

While Tehran has expressed its solidarity with the Ansarallah, the extent of support and involvement Riyadh claims it has played in the siege on Yemen is greatly exaggerated, a fact admitted by western media, think tanks, and foundations for years.

After a series of weekend strikes on Yemen, the Saudi-coalition announced on 14 November that it had killed 138 Ansarallah fighters. The uptick in aggression follows Ansarallah’s imminent liberation of key Yemeni province Marib from Saudi occupation.