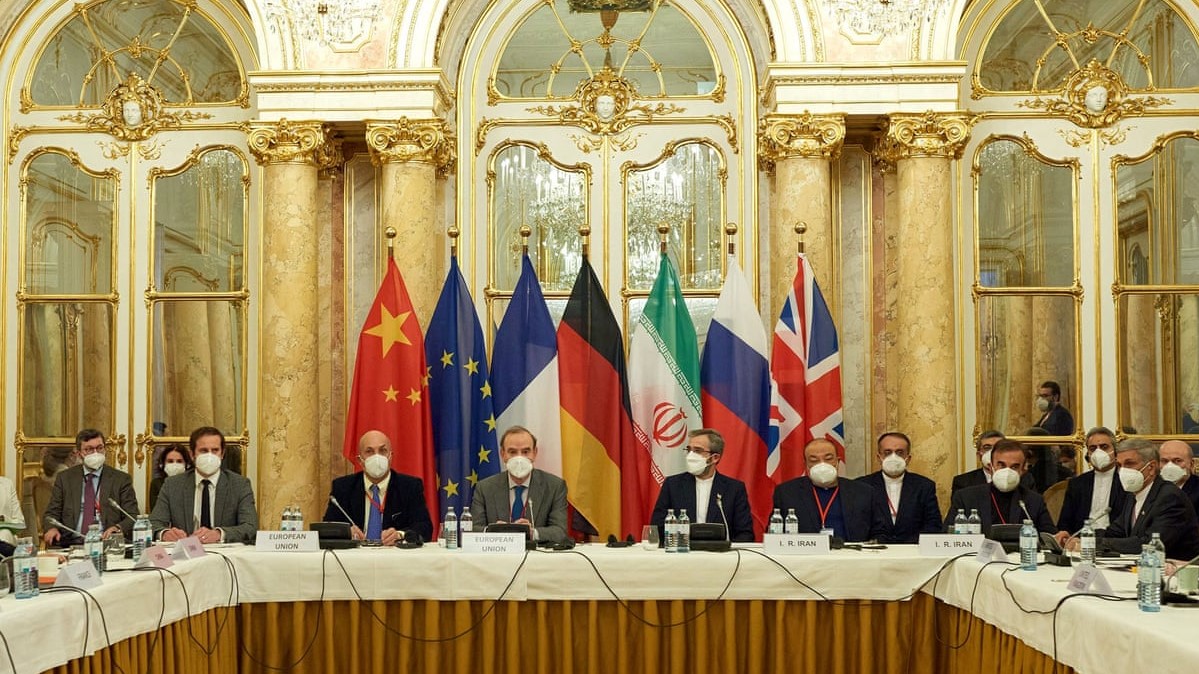 On the third day of long-awaited Vienna nuclear talks, European representatives reportedly urged an “immediate conclusion” to this round of negotiations.

According to Iranian media reports on 1 December, this call by several of the signatories of the Joint Comprehensive Plan of Action (JCPOA) is due to their “insistence” on receiving case-by-case directives from the US, which continues to disrupt and prolong discussions.

Despite this apparent snag, the delegation of the Islamic Republic has maintained they are ready to engage in talks for “as long as needed.”

“The Islamic Republic has come to Vienna with full seriousness and is negotiating with transparent demands and proposals,” a senior member of Iran’s negotiating team told Press TV on 1 December.

“[Iran] stands prepared to continue intensive talks as long as needed, [but] it will not be ready to sacrifice its principled demands and the Iranian nation’s rights for mere artificial deadlines or time tables,” the unnamed source went on to add.

Israeli media have quoted Biden administration officials as saying that they expect to wrap the talks up “on Thursday or Friday.”

Meanwhile, Iranian Foreign Minister Hossein Amir-Abdollahian took to Twitter to say that talks are continuing and that a good deal is “within reach if the west shows good will.”

#ViennaTalks proceeding with seriousness and sanctions removal as fundamental priority.
Expert talks are continuing too.

Good deal within reach if the West shows good will. We seek rational, sober & result-oriented dialogue.

Officials from Iran and the P4+1 group of countries – Britain, France, Russia, and China plus Germany – arrived in the Austrian capital on 29 November to negotiate the removal of unilateral US sanctions placed on Iran.

US officials are also present in Vienna but are not taking part in the talks directly.

Regarding the possibility of an agreement during this round of negotiations, Russia’s Permanent Representative to International Organizations in Vienna, Mikhail Ulyanov, told reporters on Wednesday that he sees “a real chance” for an agreement despite the difficulties and serious disagreements between Iran and the US.

“The situation is very difficult, and it is clear that there are a lot of differences between the Americans and the Iranians,” Ulyanov said. “Both in previous rounds of negotiations and in the current round.”

“Nevertheless, we think there is still a real chance to resolve all issues through diplomacy and negotiation,” he continued.

The Russian diplomat went on to explain that most of these differences stem from Iran’s ongoing work on its nuclear energy program, which was done “not out of malice, but in response to the irresponsible policy of maximum US pressure in the form of extraterritorial sanctions.”

“The Americans must first lift the sanctions, and Iran must align its nuclear program with the provisions of the IAEA Board,” Ulyanov added.

Amid all these developments, Iran’s Foreign Ministry spokesperson Saeed Khatibzadeh has accused Israel of trying to “poison” the negotiation process, tweeting that: “All parties in the room now face a test of their independence and political will to carry out the job – irrespective of the fake news designed to destroy prospects for success.”

Israeli regime whose existence relies on tension is at it again, trumpeting lies to poison Vienna talks.

All parties in the room now face a test of their independence & political will to carry out the job— irrespective of the fake news designed to destroy prospects for success.

This comes in response to several media reports saying Israel has shared intelligence over the past two weeks with the US and several European allies alleging that “Iran was taking technical steps to prepare to enrich uranium to 90 percent purity, the level needed for a nuclear weapon.”