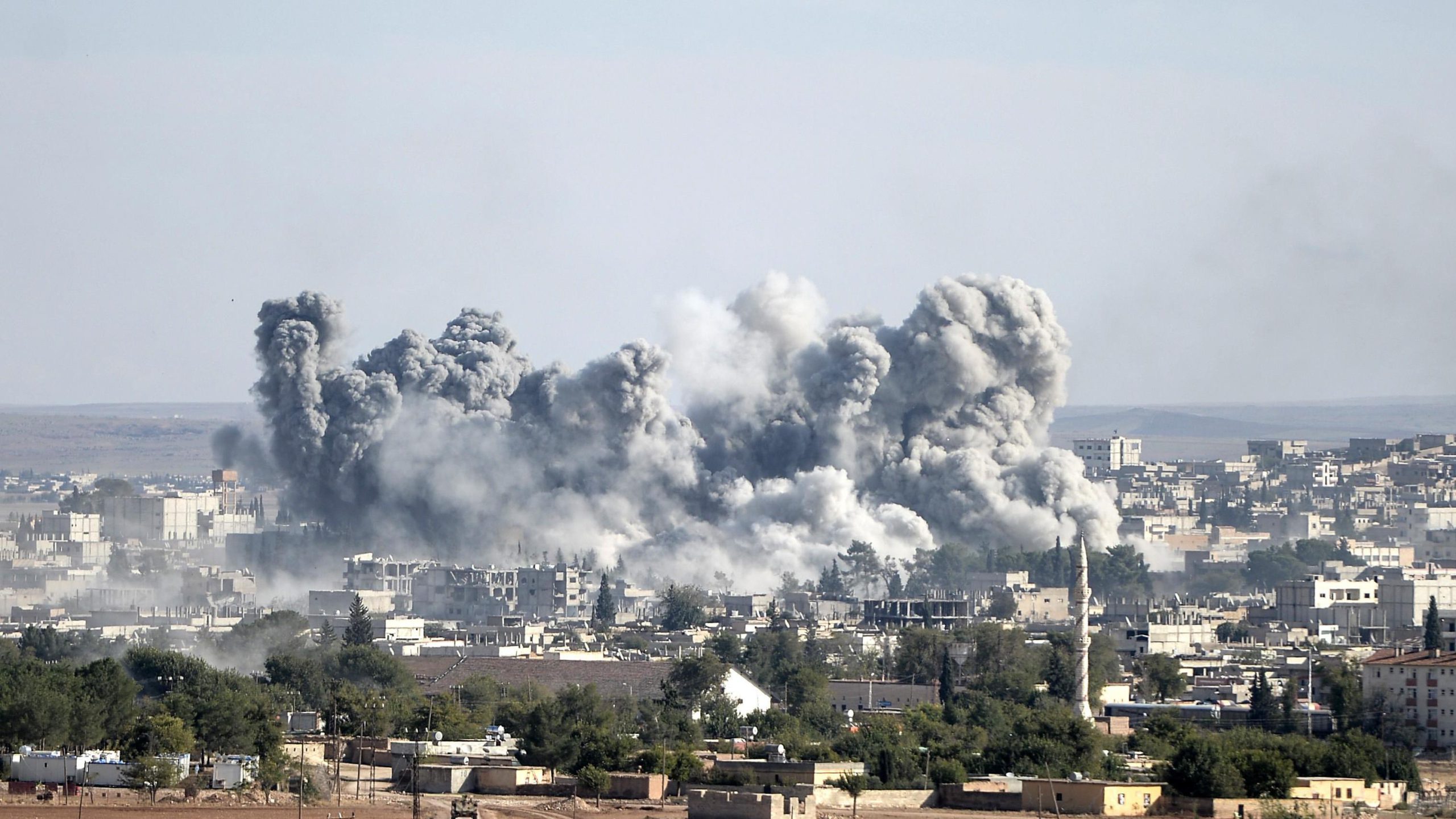 Smoke rises from the Syrian border town of Kobani after US airstrikes in 2014.
(Photo credit: MURAT KULA/GETTY IMAGES)

The New York Times (NYT) has revealed that a top secret US cell known as Talon Anvil sidestepped safeguards and repeatedly ordered airstrikes that killed an untold number of civilians in Syria under the guise of targeting ISIS fighters.

According to the report published on 12 December, the shadowy group operated from anonymous rooms “cluttered with flat screens” in three shifts around the clock between 2014 and 2019.

Among US officials, Talon Anvil was known to disregard safeguard procedures to function at the “speed of war,” and obscured a countless number of civilian deaths including farmers trying to harvest, children in the street, families fleeing fighting, and villagers taking shelter in buildings.

The NYT report also claims that Talon Anvil played an “outsize role” in the dropping of over 100,000 bombs in the war-torn country.

“They were ruthlessly efficient and good at their jobs … but they also made a lot of bad strikes,” a former Air Force intelligence officer who worked on hundreds of classified Talon Anvil missions told the NYT.

Among the many bombing campaigns that Talon Anvil was responsible for is the 2019 airstrike in the eastern Syrian governorate of Dayr al-Zawr which killed over 60 civilians, including dozens of women and children. This particular attack has been described as being “part of a pattern of reckless strikes that started years earlier.”

US Air Force officials who spoke with the NYT on condition of anonymity said that over the years they notified their commanding officers several times about Talon Anvil’s disregard for civilian lives. However, the military leaders seemed reluctant to scrutinize the strike cell as it was “driving the offensive” on the battlefield.

According to Larry Lewis, a former Pentagon and State Department adviser, every year that Talon Anvil operated in Syria the civilian casualty rate increased significantly.

Lewis also claims that US military commanders “enabled the tactics by failing to emphasize the importance of reducing civilian casualties.” He singles out General Stephen J. Townsend, who commanded US troops in Syria in 2016 and 2017, as being “dismissive of widespread reports from news media and human rights organizations describing the mounting toll.”

Talon Anvil’s operations were highly classified and the strike cell as a whole never existed in an official manner. It was run by a classified Special Operations unit called Task Force 9, whose other tasks included training allied Syrian and Kurdish armed groups.

The strike cell reportedly worked out of “bland office spaces” both in Iraq and Syria and were in control of a “fleet of Predator and Reaper drones that bristled with precision Hellfire missiles and laser-guided bombs.”

They carried out most of their operations based on tips from allied forces, secret electronic intercepts, drone cameras, and other information to find enemy targets.

A former member of Talon Anvil told the NYT that the strike cell often decided that something was an enemy target with scant supporting evidence. But as suspicion mounted over their tactics, Talon Anvil began to classify nearly all of its attacks as defensive – even when targets were 100 miles away from the front lines.

The drone operators were also known to turn away the drone cameras away from targets before launching bombs or missiles to avoid accountability.

The operators also pressured analysts, who watched drone footage after strikes had taken place, to report that they had seen weapons or other evidence that would justify a strike hit. If they refused, the cell would simply ask for another analyst.