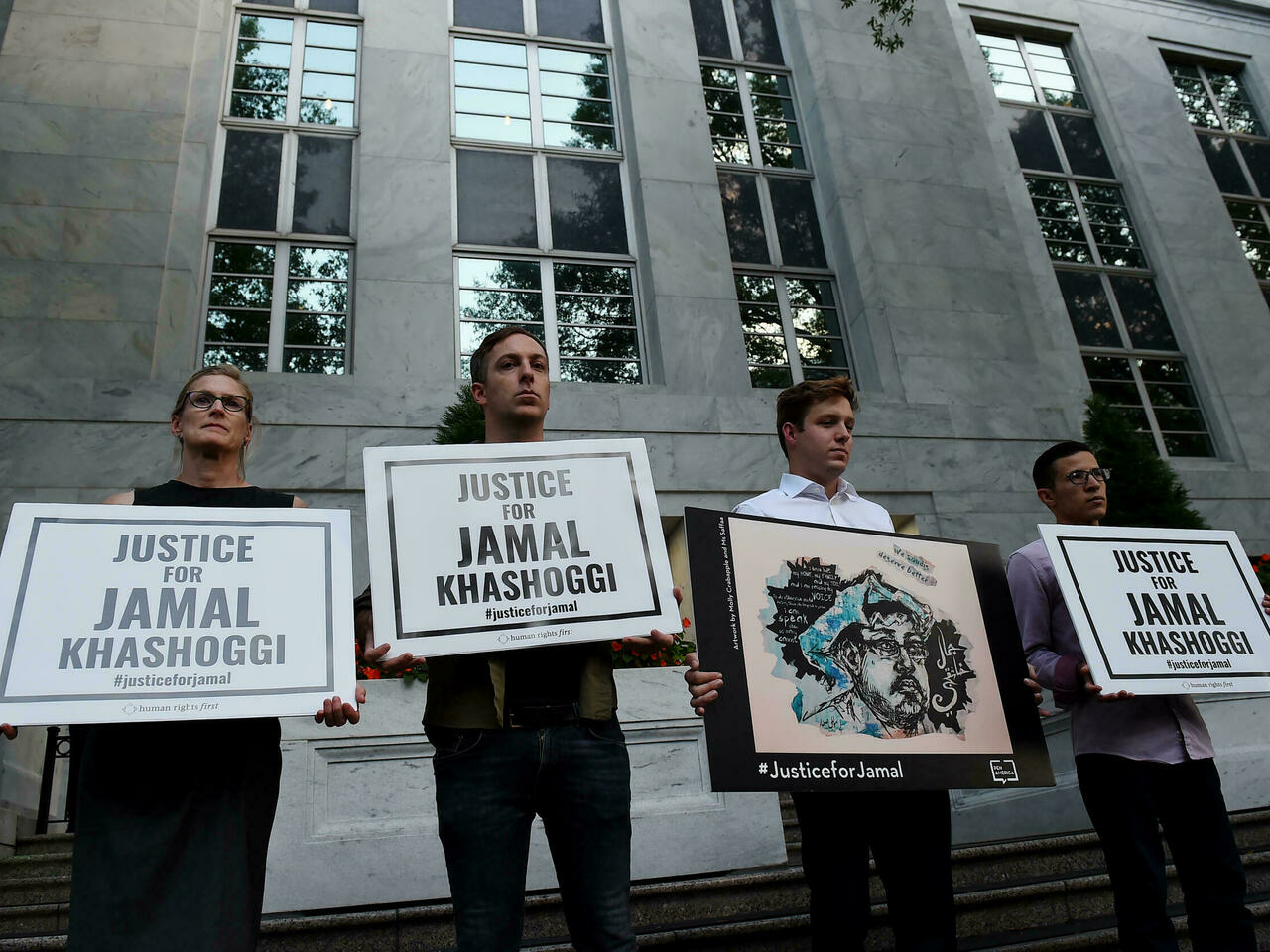 People protest in front of the Embassy of Saudi Arabia in Washington, DC for Jamal Khashoggi, a Saudi journalist killed by a team of assassins at the Saudi Arabian consulate in Istanbul in 2018. (Photo credit: Olivier Douliery/AFP)

On 16 December, Reporters Without Borders (RSF) revealed that 31 journalists are currently imprisoned in Saudi jails in relation to their work.

The figure puts Saudi Arabia in the top five countries with the highest number of journalists in prison over their professional work. According to RSF, 488 media workers are currently in detention across the world.

With 127 journalists in its jails, China sits at the top of the list. Myanmar takes second place with 53, Vietnam closely follows with 43, Belarus sits at number four with 32 and Saudi Arabia closes the top five list with 31.

According to RSF, 488 is the highest figure since the organization started compiling statistics in 1995. The figure is 20 percent higher than that for 2020.

Despite the fact that Saudi Arabia has never tolerated press freedom, media organizations say the crackdown on journalists has worsened since 2017 when Crown Prince Mohammad bin Salman (MbS) came to power. According to RSF, the number of journalists who have been jailed since 2017 has tripled.

Saudi Arabia’s repressive tactics against journalists gained global notoriety when  Jamal Khashoggi was murdered in the kingdom’s consulate in Turkey on October 2018.

A CIA report published in February 2021 disclosed that MbS approved the killing and that the team of assassins that killed and dismembered Khashoggi reported directly to him.

The journalist, who has been working and living in Saudi Arabia since 2015, was detained on 23 August and sentenced on 26 October on charges of ”apostasy” and ”insulting Islamic sanctities.”