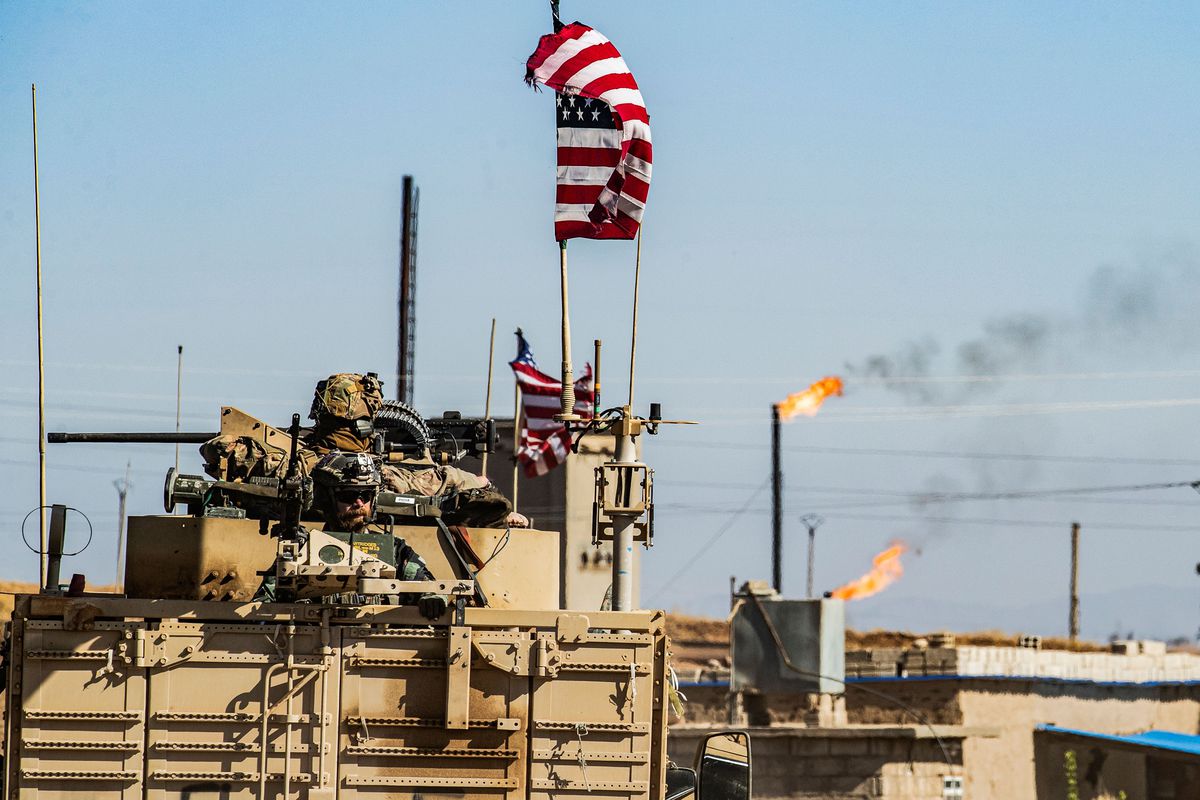 A US military armored vehicle outside an oil well in Syria’s Hasakah governorate on November 6, 2019. (Delil Souleiman/AFP/Getty Images)

Syrian Arab News Agency (SANA) revealed on 18 December that the US occupation has continued to steal Syrian oil and to transfer it to Iraq.

The incident is the latest of many that have exposed the theft of Syrian oil by the US occupation and the militias it supports.

In additional to trying to overthrow the Syrian government, the US government uses its illegal occupation of Syria to steal Syrian oil, thereby depriving the government of its much needed revenue and fuel.

Some of the funds gained from the sale of the stolen oil are used to finance the US-backed militias that have been waging war against the Syrian government since 2011.

Speaking to journalists in October 2019, former US president Trump openly admitted that the US was keeping troops in Syria in order to maintain control of the oil fields.

Trump said, ”we are leaving soldiers to secure the oil, and we may have to fight for the oil. It’s OK. Maybe somebody else wants the oil, in which case they have a hell of a fight. But there’s massive amounts of oil.”

The US occupation has also been accused of using the illegal border crossing to smuggle stolen Syrian food into Iraq. The looting of food has affected the availability of food supplies in the region.

The US government has repeatedly ignored demands by the government of Syria to end the occupation and withdraw all its troops from the country.

Washington insists its troops are in Syria to fight against ISIS. The presence of US forces in Syria is illegal under international law, as the troop deployment was done without the consent of the Syrian government or the United Nations.