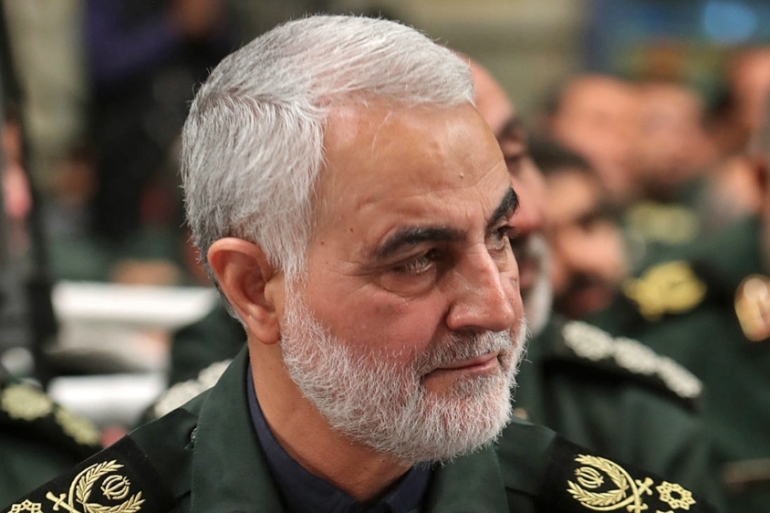 In an interview with an Israeli magazine, an Israeli ex-military intelligence chief admitted that Israel played a major role in the assassination of Iran’s highly admired top general, Qassem Soleimani.

“Soleimani’s assassination is an achievement, since our main enemy, in my eyes, are the Iranians,” former head of Israeli military intelligence Tamir Hayman said.

This is the first time Israel has confirmed its role in the US-led operation to assassinate the revered Iranian general.

General Soleimani, the commander of Iran’s Revolutionary Guards Corp’s Quds Force, and the architect of the country’s regional security strategy, was assassinated in a US airstrike near Baghdad’s international airport in January 2020.

A Yahoo News report published in May said that Israel provided the cell phone numbers used by the late General Qassem Soleimani to the US before the deadly assassination attempt in Baghdad.

According to the report, the phones were used to track Soleimani’s journey from Damascus to Baghdad.

Sources told Yahoo News that Soleimani changed his phone number three times in the six hours leading up to his departure for Baghdad.

In spite of this, Washington’s operators were still able to track the movement of Soleimani, with three drones shadowing his plane.

Shortly after Soleimani’s convoy left the airport, a drone blasted his car with a Hellfire missile, which was being observed by numerous Delta Force snipers.

Another car in the convoy was brought to a halt by sniper fire and destroyed with another missile attack, according to the report.