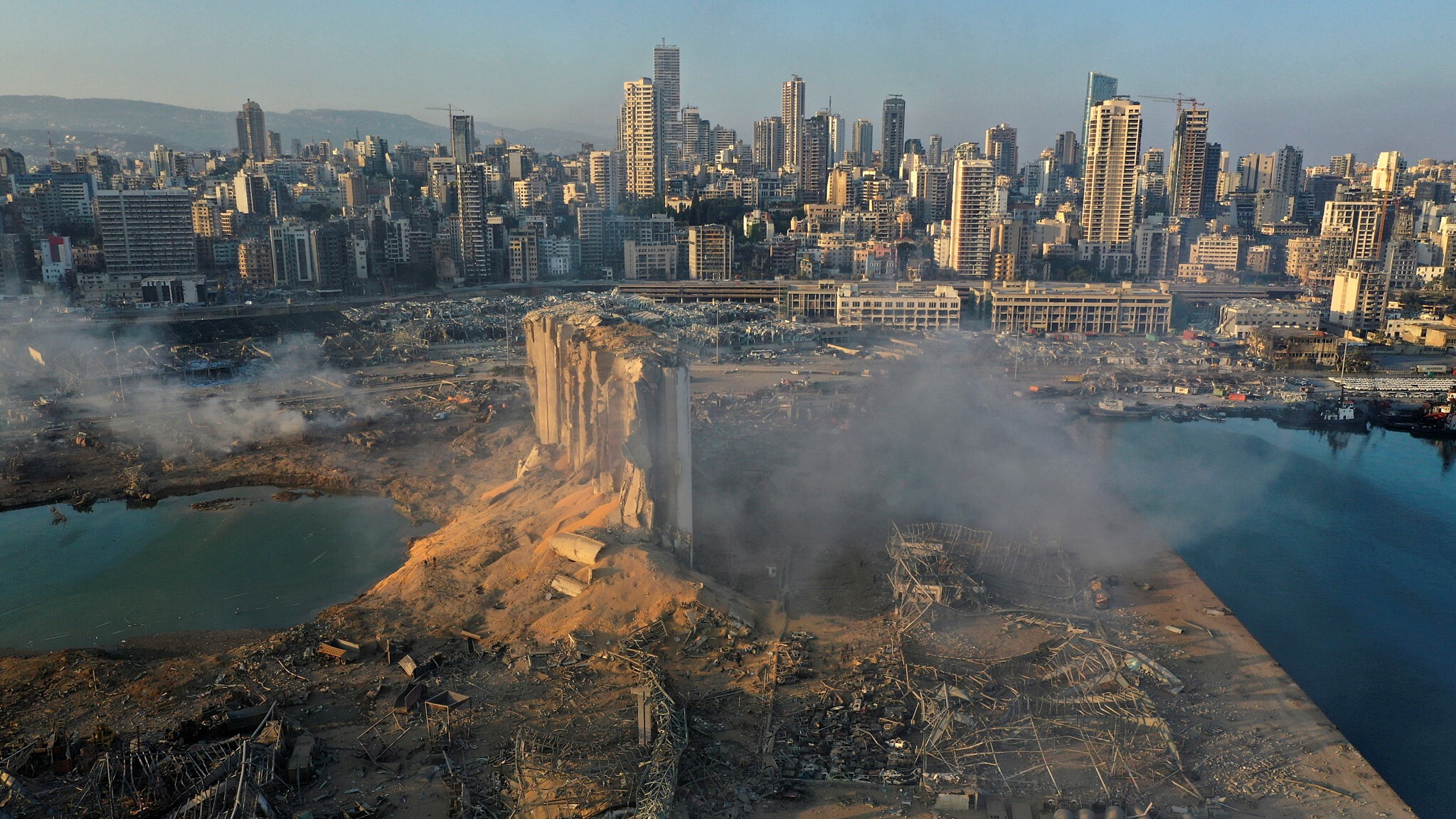 A drone picture shows the destruction after an explosion at the seaport of Beirut, Lebanon. (Photo credit: AP Photo/Hussein Malla, File)

The investigation led by Lebanese Judge Tarek Bitar, who was selected to continue his probe into the 4 August 2020 port blast, was put on its fourth suspension since Bitar assumed his position as leading judge.

Bitar was notified of the latest suspension of the investigation on 23 December after a lawsuit against him was filed by ex-ministers Ghazi Zuaiter and Ali Hassan Khalil of the Amal movement.

To date, Bitar has 18 lawsuits against him, mainly filed by the former officials he singled out for questioning over the port blast.

Bitar is currently facing opposition by Hezbollah and two of its allied parties, the Amal movement and Marada, for his discrimination and bias in selecting those who he calls in for questioning. It is an accusation supported by the alignment of accusations emerging between the US embassy and elements of the judiciary over the port blast case.

Bitar’s predecessor, Fadi Sawan, was removed in February this year following the same accusations of bias.

Bitar and Sawan both placed charges on former PM Hassan Diab and four former ministers: the Amal movement’s Ali Hassan Khalil and Ghazi Zuaiter, and Nohad Machnouk of the Future Party and Youssef Finianos from Marada.

They were all charged with having committed “a felony of probable intent to murder and a misdemeanor of negligence because they were aware of the presence of the ammonium nitrate, and did not take measures to spare the country such a disaster.”

While Bitar has not yet received the satellite images of the port that Russia handed over to Lebanese Foreign Minister Abdallah Bou Habib last week, he did say that the images would be “worthless to the investigation because what matters is what led to the explosion.”

Bitar was cleared by court to resume investigations on 6 December.