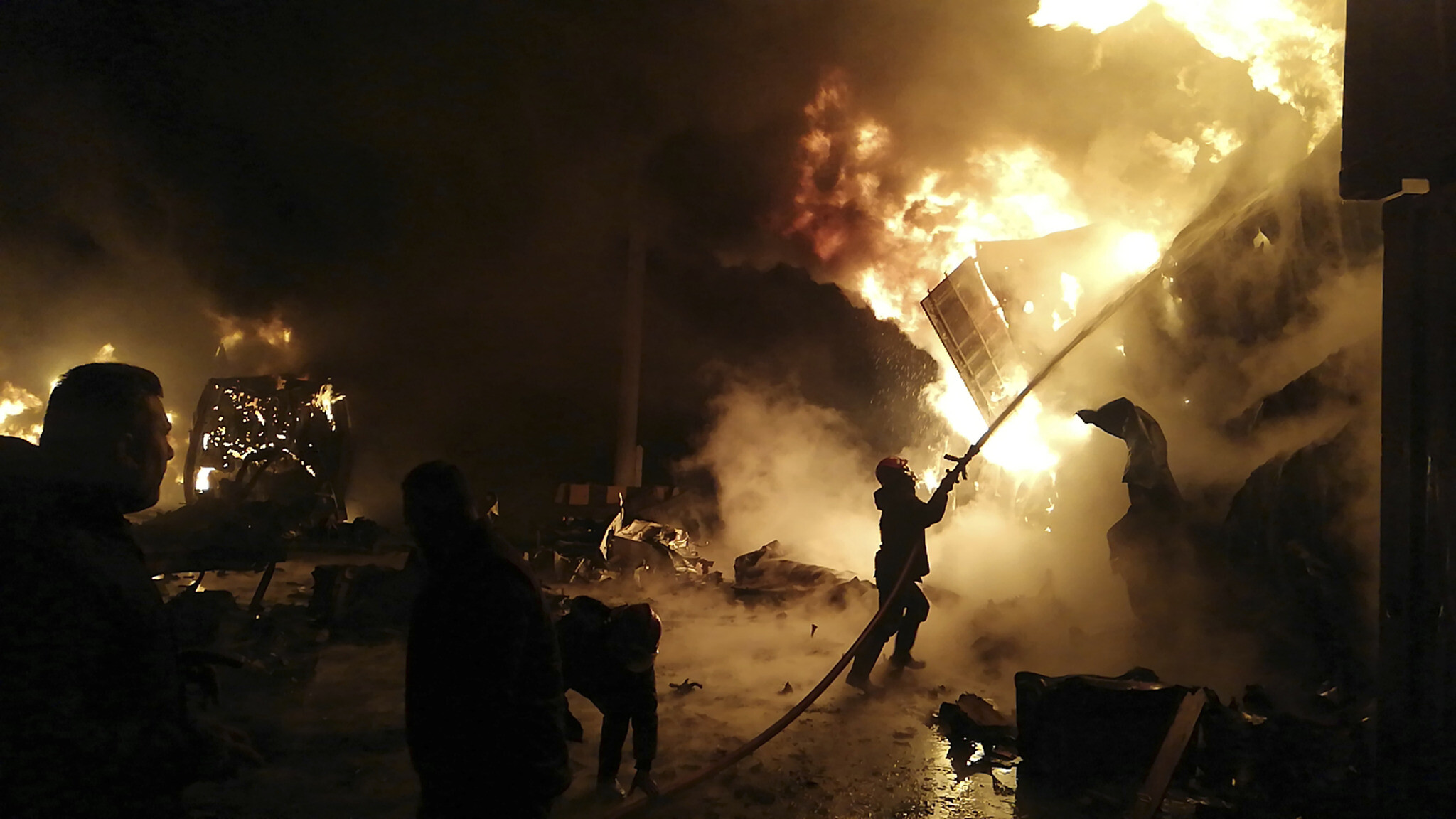 Firefighters putting out a blaze caused by an Israeli airstrike on the Syrian port of Latakia on 28 December 2021. (SANA)

In the early hours of 28 December, the Israeli occupation launched an attack on the Syrian port of Latakia, leaving dozens of shipping containers in flames.

Syrian Arab News Agency (SANA) reported that the occupation fired several missiles targeting the container terminal in the port. Quoting a senior military official, SANA said most of the missiles were intercepted and destroyed by the country’s air defense system.

SANA added that firefighters were deployed to the site. Videos shared on social media show explosions followed by huge flames and plumes of smoke billowing from the port.

A local television station reported that the attack also caused damage to a hospital and residential buildings near the port. Initial reports have not indicated if there were any casualties.

The attack is the second that the occupation has carried out on the port of Latakia in the month of December.

The Israeli occupation has carried out hundreds of airstrikes on Syrian territory since 2011, when western-backed armed groups launched an insurgency to overthrow the government of Syria.

Five people were killed in the governorate of Homs on 24 November when Israeli missiles hit a residential building.

A Syrian soldier was killed on 16 December when the Israeli occupation fired a barrage of missiles into the southern region of Syria.

Damascus has, on numerous occasions, launched complaints to the United Nations demanding an end to the attacks by Israel.

Most of the Israeli missile attacks have been launched from the Syrian Golan that Israel has occupied since 1967 despite numerous resolutions from the United Nations demanding Israel’s withdrawal from the territory.