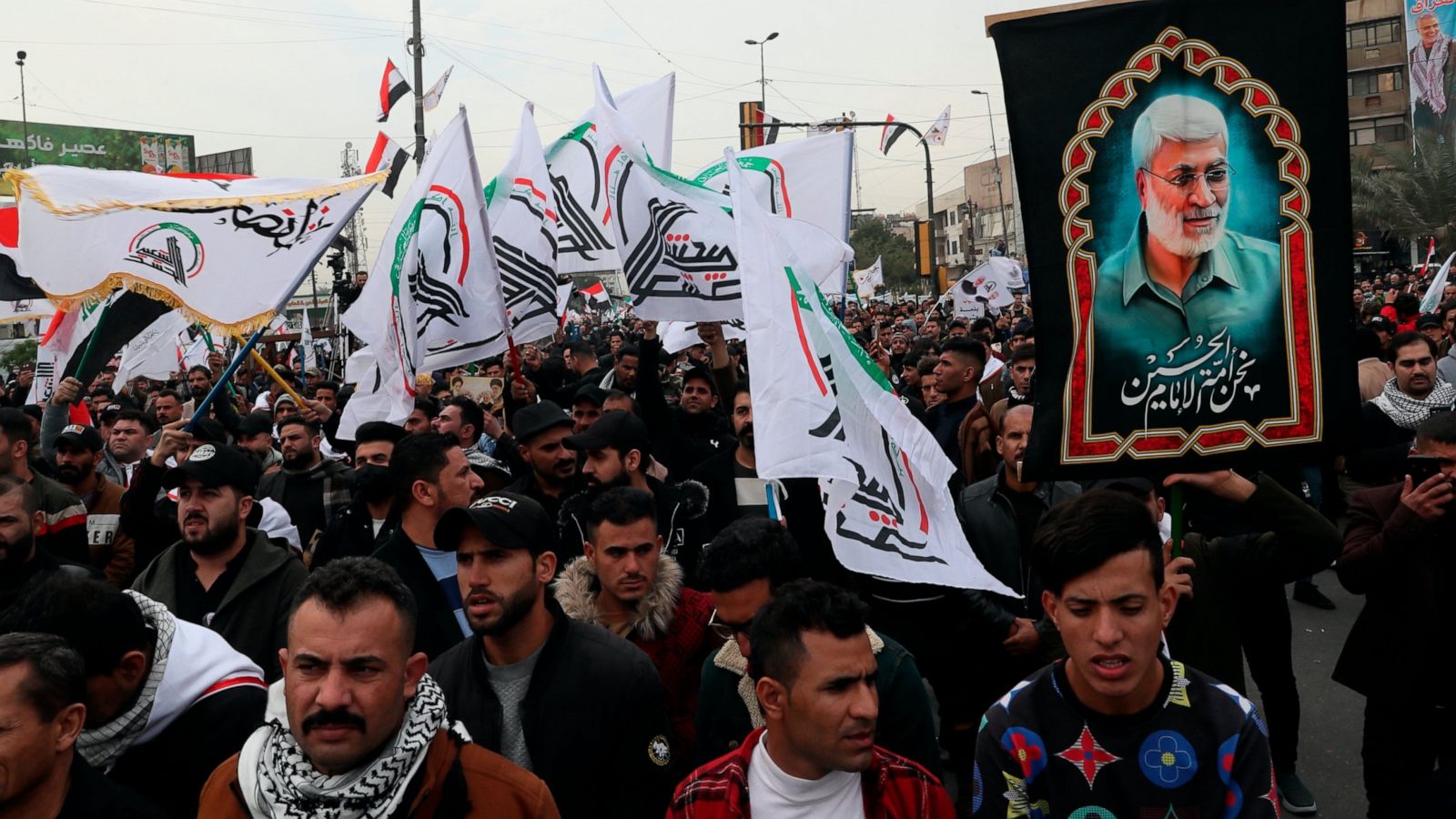 Protesters on the streets of Iraq to mark the second anniversary of the assassination of military commanders Qassem Soleimani and Abu Mahdi al-Muhandis. 1 December 2022,Baghdad, Iraq. (AP)

Thousands of people in Iraq took to the streets of the capital Baghdad on 1 January demanding the withdrawal of all US troops from the country.

Protesters held banners and placards denouncing the US and calling for an end to the “occupation.”

Senior Iraqi politicians, including the leader of the Fatah Alliance, Hadi al-Ameri and Faleh al-Fayyad, the head of the Popular Mobilization Forces took part in the mass protests.

In an address to the protesters, Al-Ameri said the best way to honor the two commanders and their sacrifices is to ensure that all US soldiers leave the country. He said the Fatah Alliance will not relent until all foreign troops leave Iraq.

The two commanders who played a leading role in the war against ISIS were assassinated in a drone attack on their convoy near Baghdad’s international airport on 3 January 2020.

On 29 December, the government of Iran revealed that six countries, including three from the West Asia region, participated in the assassination.

Tehran has since vowed to bring to justice all individuals who were involved in the crime.

In July 2021, President Biden announced that all its troops would leave Iraq before the end of 2021.

In early December 2021, the Iraqi government confirmed that the US combat mission to Iraq had ended, but that some 2500 US soldiers would stay behind to provide “training and advisory services” to the Iraqi military.

This move has angered Iraqi citizens and resistance groups who have vowed to ensure that all US troops leave Iraq. Calls by Iraqis for US troops to fully exit Iraq have recently intensified.