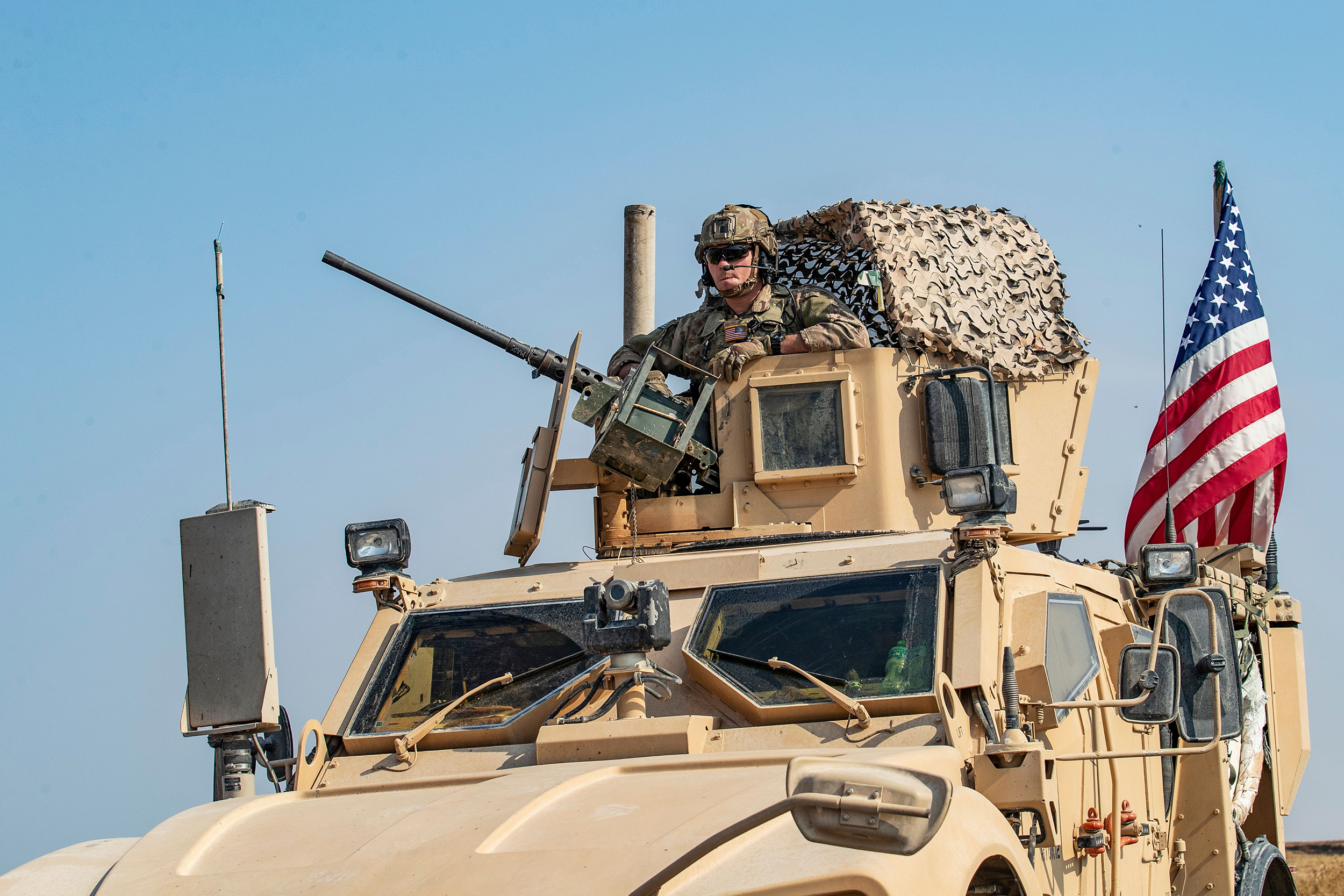 A soldier sits atop a US military vehicle, part of a convoy arriving from northern Iraq, driving through the countryside of the Syrian northeastern city of Qamishli on 26 October, 2019. (Photo by Delil SOULEIMAN / AFP) (Photo credit: DELIL SOULEIMAN/AFP via Getty Images)

At dawn on 6 December, an unidentified gunman broke into the home of PMU commander Ahmad Abdul Mutaleb Abdul Razzaq and carried out an attempted assassination against him with a silenced weapon.

The Sabreen Telegram channel, close to the Popular Mobilization Units (PMU), reported on the afternoon of 6 January that “an armed attack on a family in Al-Alam neighborhood next to Karakh” resulted in the “death of five people as a preliminary outcome.”

While the attempted assassination took place at dawn at the residence in Al-Alam neighborhood in Baghdad, reports did not come out until afternoon that day, according to the Sabreen news Telegram channel.

An updated post identified three of the dead as children, and specified that the incident took place near Al-Dalfieh Square in Al-Alam district in Baghdad.

In a later correction and clarification of reports, the channel identified the house where the attack occurred as that of the PMU leader.

The Sabreen statement mentioned that Abdul Razzaq, 41, was wounded by “several gunshots throughout the body” and was transferred to Yarmouk Hospital for treatment.

His wife, Ola Kazem Hassan, 32, was killed along with their three children, Baqer, 14, Hassan, 7, and Kazem, 8. They were injured by several gunshots and died of their wounds while inside the house.

Resistance forces in Iraq have been waging a campaign to thwart the US occupation from their lands, blocking and attacking US military convoys as well as military bases with armed drones.