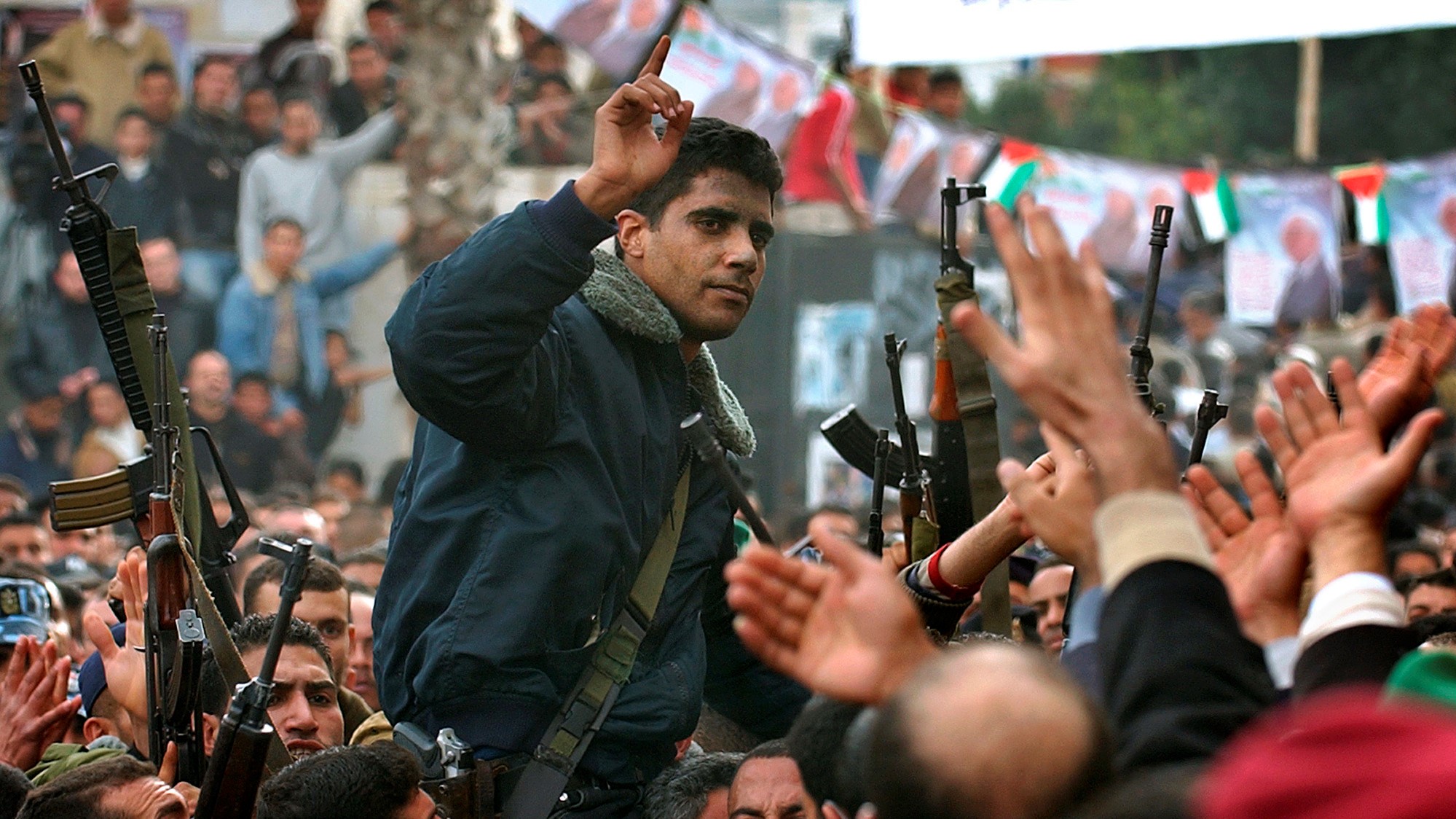 FILE – In this 30 December, 2004 photo, Zakaria Zubeidi, then leader in the Al Aqsa Martyrs Brigade in the West Bank, is carried by supporters in the West Bank town of Jenin. (Photo credit: AP Photo/Nasser Nasser, File)

In the pre-dawn hours of 8 January, Palestinian Authority (PA) forces forcibly arrested the son of Zakaria Zubeidi, one of the six Palestinian detainees who escaped from the maximum security Gilboa prison last year.

According to the PA, he was arrested along with two other men “for illegal weapon ownership.”

Videos shared on social media show PA troops roughing up the young Zubeidi before arresting him.

In response to the arbitrary actions by PA troops, dozens of local residents took to the streets of Jenin in the occupied West Bank to demand the release of the detainees.

According to Israeli media, some even opened fire on the local headquarters of the PA. However, no casualties have been reported.

According to local reports, Zubeidi was released a number of hours later, and appeared to have a bandaged head and hand.

On 6 September of last year, his father, Zakaria Zubeidi, along with five Palestinian Islamic Jihad (PIJ) prisoners escaped from the maximum security Gilboa prison by digging a tunnel underneath their bathroom sink, reportedly using a spoon.

But while they were all eventually detained just days later, their daring escape proved to be a major embarrassment for the Israeli occupation forces.

Not long after Zubeidi was rearrested, he had to be rushed to a hospital to fight for his life after being tortured by occupation authorities.

On 12 September, Zubeidi’s brother took to social media to report that following his capture, Zakaria had been “subjected to the most extreme forms of torture,” adding that the Israelis “beat him, electrocuted him, and broke his leg.”

According to an exclusive report by The Cradle, as the former commander of the Al-Aqsa Martyrs Brigades, Zubeidi had a long history of armed resistance.

Despite being given amnesty at the close of the second intifada in 2002 after Operation Defensive Wall was concluded and was then forced to undergo a “rehabilitation process,” Zubeidi was re-arrested in 2019 for shooting at illegal Israeli settlements in the West Bank.