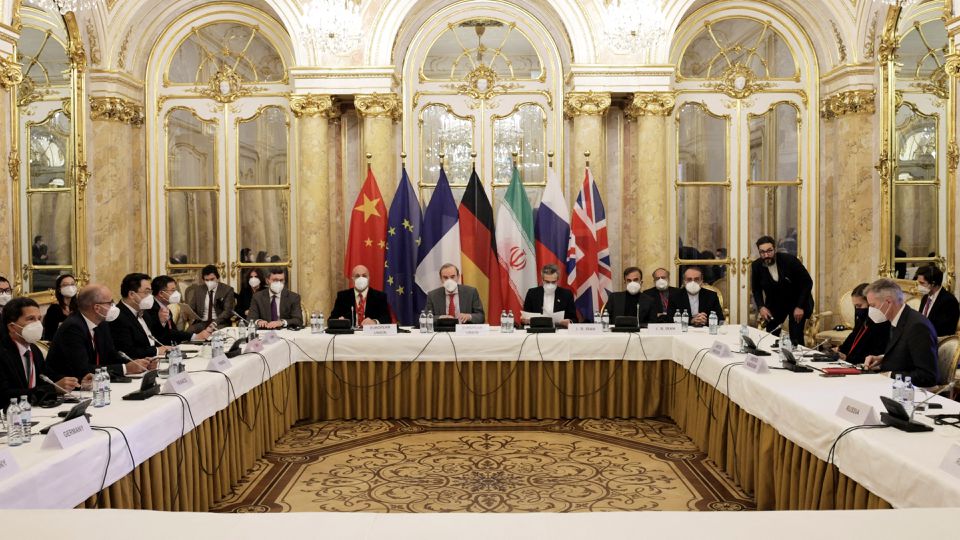 Iranian and P4+1 representatives at the beginning of the eighth round of JCPOA Joint Commission in Vienna, Austria December 27, 2021 (Photo credit: Reuters)

On 10 January Israeli Prime Minister Naftali Bennett said his government would have no obligation to abide by the terms of any deal reached between Iran and the signatories of the 2015 Joint Comprehensive Plan of Action (JCPOA) at the ongoing Vienna talks.

In an address to the foreign affairs and defense parliamentary committees, Bennett said: “Israel is not bound by what will be written in the agreements, if they are signed, and Israel will continue to maintain full freedom of action anywhere any time, with no constraints.”

Bennett’s remarks come as Iran and the P4+1 group of countries continue meeting in the Austrian capital negotiating the lifting of unilateral US sanctions.

The JCPOA collapsed in 2018 when then US president Donald Trump withdrew from the agreement and imposed punitive sanctions on Tehran, an act that was in abrogation of the terms of the deal.

During the campaigns ahead of the 2020 US presidential elections, Joe Biden condemned this decision by the Trump administration and promised to reverse it once elected into office. However since assuming office in early 2021, he has not taken any significant steps to fulfill his promise, instead continuing the policy of placing the interests of Israel at the heart of Washington’s West Asia foreign policy.

For their part Tel Aviv has on numerous occasions stated its opposition to the restoration of the 2015 nuclear deal. Tel Aviv claims that restoring the deal will give Iran room to develop a nuclear weapon, despite the fact Tehran has categorically stated that its nuclear energy program is for peaceful purposes only.

Meanwhile on 10 January the spokesperson for Iran’s Foreign Ministry, Saeed Khatibzadeh, announced that the Vienna negotiations have made good progress.

“There has been good progress on all four issues of removing sanctions, nuclear issues, verification and obtaining guarantees,” Khatibzadeh noted.

Iran’s main demand at the negotiating table is the removal of sanctions imposed on them by Washington and a guarantee that future US administrations will abide by the terms of deal.