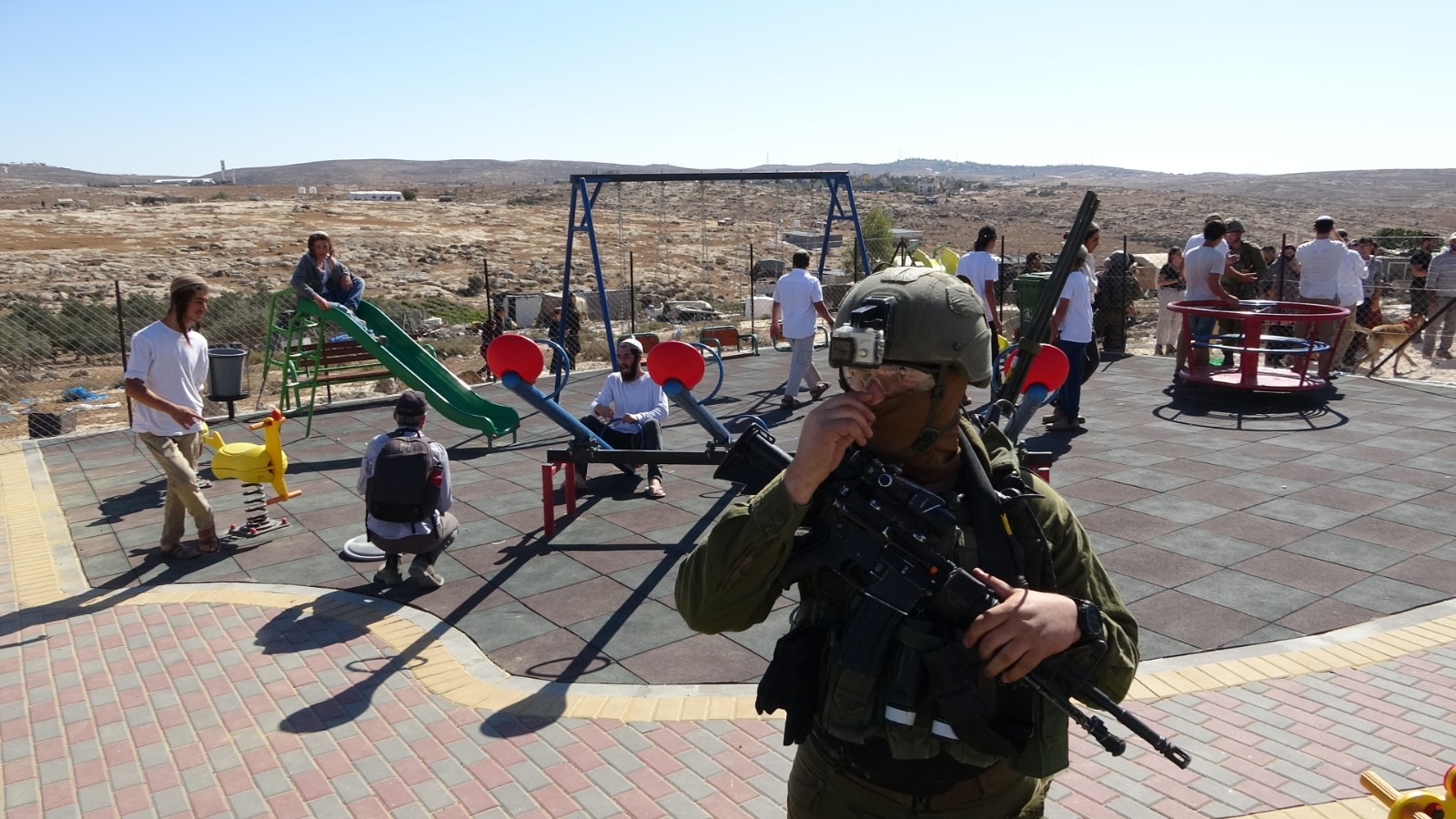 Local sources in the occupied West Bank reported on 11 January that hundreds of Israeli settlers stormed the village of Awarta, south of Nablus, to perform religious rituals with the protection of dozens of Israeli occupation troops.

Ahead of the incursion, locals say the occupation forces fired sound bombs at the roofs of Palestinian homes.

According to Saad Awad, the head of the Awarta Village Council, after terrorizing residents with military vehicles and sound bombs, the Israeli settlers descended on the village in more than twenty buses. They then entered the shrines of Al-Fadil and Al-Eizar, which are ancient sites in the village.

Awad went on to explain that far-right settlers believe there is a religious significance to the site for Jews, although no archaeological evidence supports their claims.

Hundreds of Israeli settlers also blocked the entrance to the northern West Bank village of Al-Lubban Al-Sharqiya and threatened to seize the local girls school, which is located on the main Nablus-Ramallah road.

Yaqoub Owais, head of the Al-Lubban Al-Sharqiya village council, told local reporters that the settlers stated their goal is to take over the Palestinian school in the village and turn it into a Jewish school. They reportedly plan to use force to achieve their goal.

Palestinians living in the occupied territories effectively live under Israeli martial law and have no legal recourse when their lands are stolen or when their villages are invaded by Israeli settlers.

More than 250 settlements – home to 750,000 Israeli settlers – have been constructed across occupied Palestine. This has entailed the expropriation of about 24 percent of the West Bank.

Israel also considers 72 percent of the West Bank to be ‘state lands,’ meaning they can be confiscated at any time. In 2017, the Knesset passed a law that enables Israel to retroactively seize private Palestinian land on which settlements have been illegally built.

At the same time, statistics from the Land Research Center have revealed that Israel demolished just under 1,000 homes and commercial structures in the occupied West Bank and East Jerusalem in 2021.

In addition to demolishing approximately 950 structures, the occupation also confiscated more than 6,000 acres of Palestinian land.

More than 17,000 trees in plantations owned by Palestinians were also cut down and destroyed by Israeli settlers under the protection of Israeli occupation soldiers.