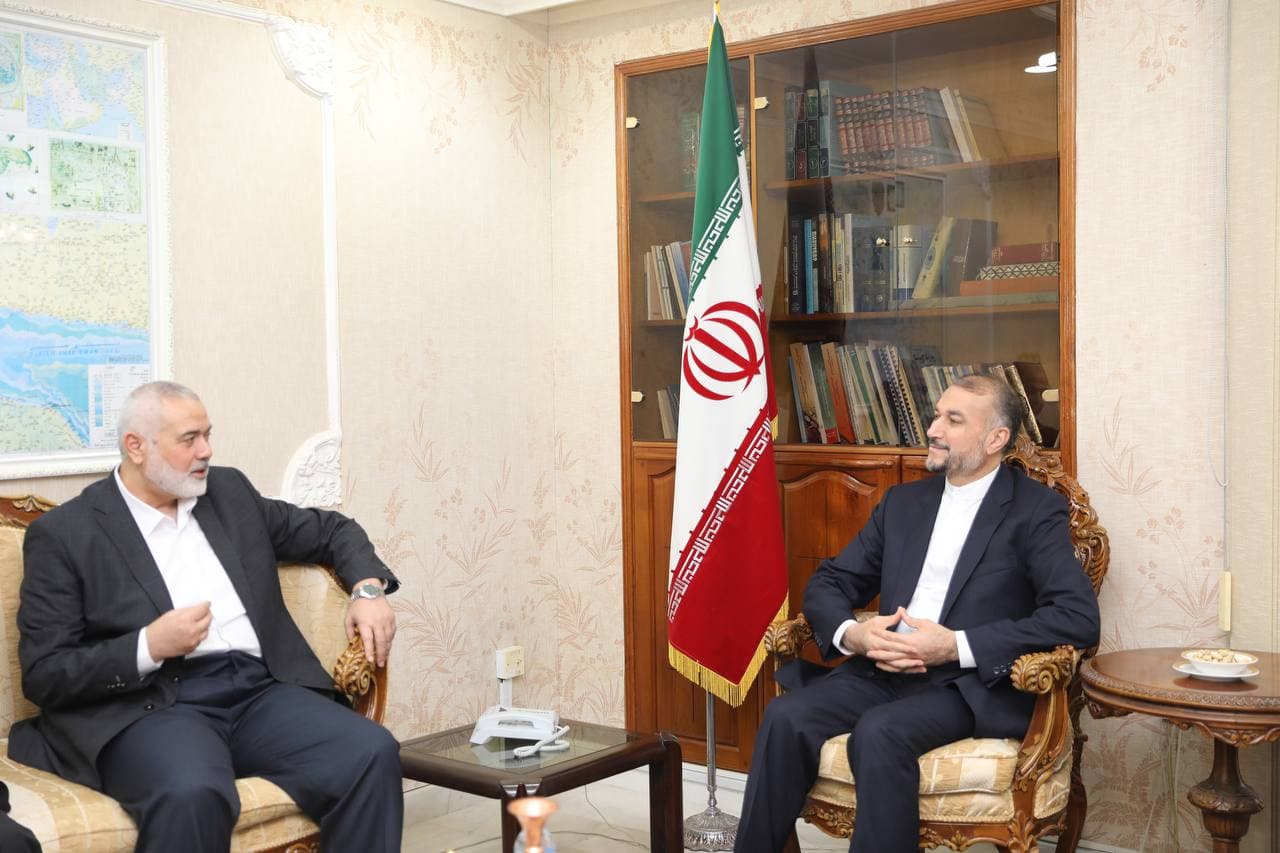 On 11 January the head of Hamas’ political bureau, Ismail Haniyeh, met with Iranian Foreign Minister Hossein Amir-Abdollahian at the Iranian Embassy in the Qatari capital.

During the meeting Amir-Abdollahian described Iran’s principled view on the Palestinian issue as a problem created “in the heart of the Islamic Ummah by the Western-backed Zionist regime,” according to a statement released by the Iranian foreign ministry.

He also recalled the atrocities committed by Israel against occupied East Jerusalem, Al-Aqsa Mosque, Gaza, and all other occupied Palestinian areas, criticizing Israel’s aggressiveness against the Palestinian people and sanctuaries.

Amir-Abdollahian also emphasized Iran’s support for the legitimate defense of the people and Palestinian resistance.

For his part Haniyeh commended Iran’s support for the Palestinian struggle in fighting the occupation and called on Islamic, Arab, and international forces to oppose the rebellions as well.

During his official visit to Doha on 11 January the Iranian Foreign Minister also held discussions with top Qatari officials.

As part of his meeting with Qatar’s Emir Sheikh Tamim bin Hamad Al Thani, Amir-Abdollahian reviewed the latest developments in bilateral ties in the areas of politics, security, trade, and economy.

Tehran’s top diplomat emphasized Iran’s potential to expand economic relations with Qatar by forming a joint venture in the field of economics.

He continued to outline the Iranian administration’s approach to relations with neighboring countries, emphasizing the exchange of delegations at high levels for consultations between Iran and Qatar.

The two diplomats also emphasized the need to expand cooperation, particularly in areas of trade, economy, and investments. Amir Abdollahian also emphasized the importance placed by the Raisi administration on its neighbors, saying Iran favors developing connections with neighboring countries.

The Qatari Foreign Minister for his part reiterated Doha’s leadership’s thoughts on expanding relations with the Islamic Republic.