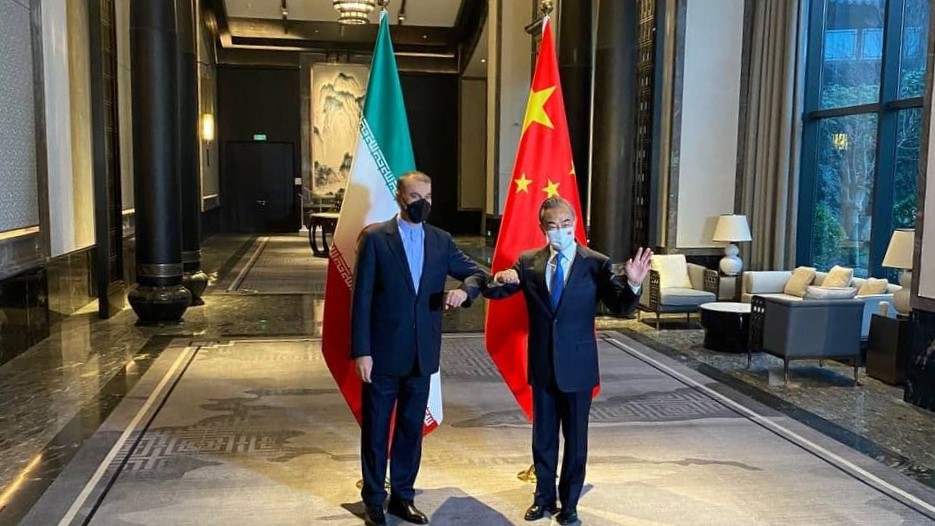 Iran’s Foreign Minister, Hossein Amir Abdollahian, stated on 14 January that “excellent progress” has been made in talks between Iran and China on expanding bilateral relations, and that “strategic topics” are being discussed between the two nations.

Amir Abdollahian made the statements a day after arriving in China as the leader of a high-level political and economic delegation at the request of his Chinese counterpart, Wang Yi.

“In bilateral ties, we enjoy good coordination and diversity in numerous problems, and we have made very good progress in various subjects with accordance with the interests of both sides,” he said, adding that “in the current government, we are confronting more acceleration” in improving relations.

After his meeting with Yi, Iran’s top diplomat announced the execution of the 25-year cooperation program.

Iran and China signed a landmark 25-year comprehensive strategic partnership agreement in March of last year, despite intensive sanctions from the United States.

The agreement formalizes the Sino-Iranian Joint Strategic Partnership, which was unveiled during Chinese President Xi Jinping’s visit to Tehran in 2016.

It establishes the framework for collaboration in the political, cultural, security, defense, regional, and international spheres between the two countries during the next 25 years.

In reference to the agreement of the government on the opening of the Chinese Consulate General in Bandar Abbas, Amir Abdollahian expressed hope that this would facilitate public and trade relations between the two countries.

He also called the extensive cooperation of Iran with its neighbors and friendly countries in the region one of the priorities of President Ebrahim Raisi’s administration in regards to foreign policy.

Abdollahian then underlined the continuation of the constructive role of the Islamic Republic in regional developments, including maintaining and strengthening energy security.

For his part, Wang Yi said that Beijing is ready to develop cooperation in the fields of finance, energy, banking, and culture, despite illegal sanctions imposed by Washington against the Iranian people.

While announcing China’s full support for Iran’s rational stance against the White House’s bullying policies in regard to the Joint Comprehensive Plan of Action (JCPOA), the Chinese top diplomat said that Beijing’s policy continues to support Iran’s position in the Vienna talks and that the US must make up for its mistake in withdrawing from the JCPOA.