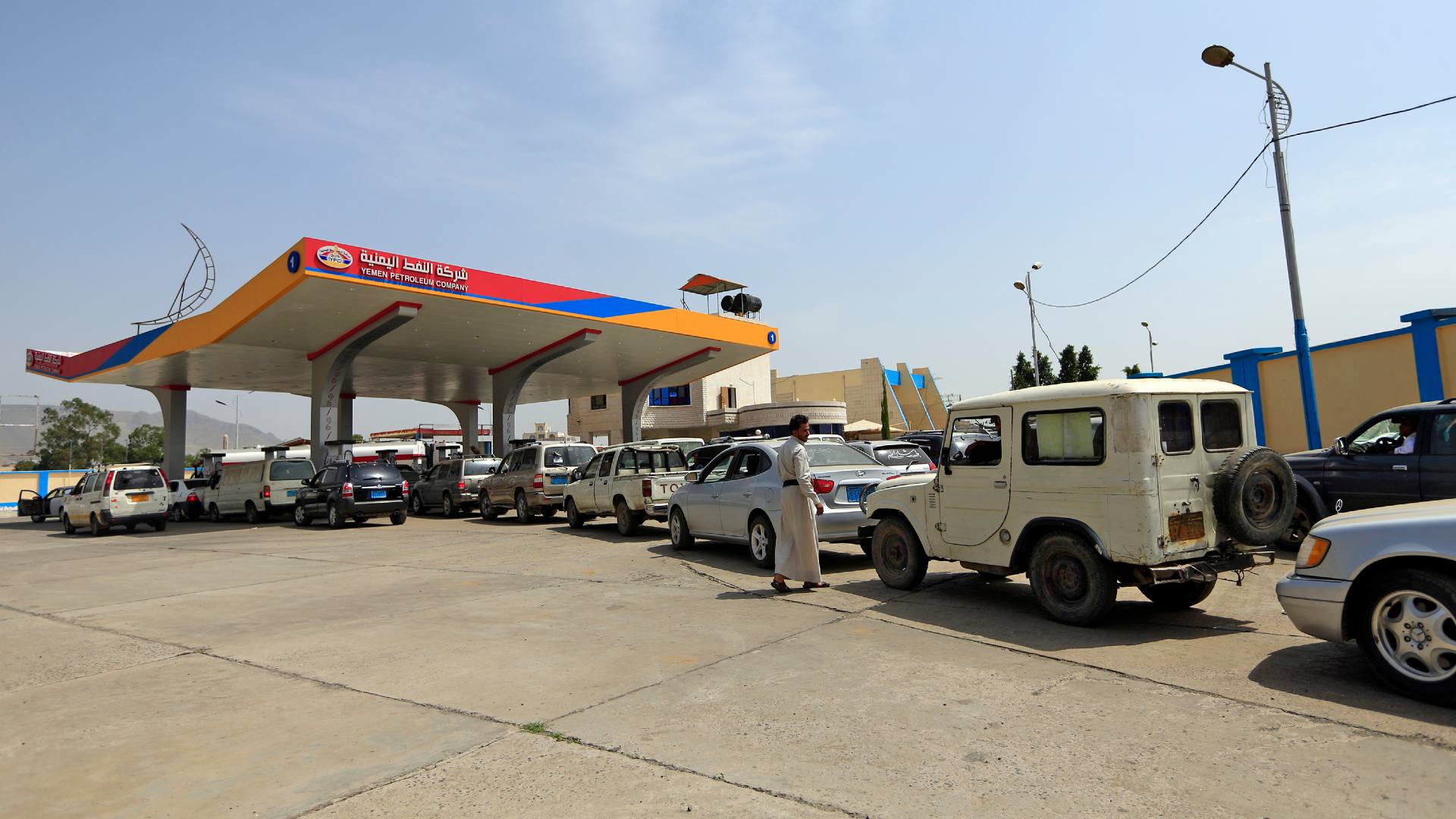 File photo. Cars queue outside a filling station in the city of Hodeidah, Yemen on 10 July 2020 (Photo credit: Getty images)

On 13 January, the Yemen Petroleum Company (YPC) warned that the fuel shortage affecting several parts of the country is likely to get worse in the coming days due to the illegal blockade by the Saudi-led coalition.

The company’s General Manager, Ammar Al-Adhari said the blockade has made it difficult for the company to distribute fuel across the nation, as it is unable to receive oil shipments through the port of Hodeidah.

Al-Adhari called on the United Nations to take action against what the government of Yemen has described as ”state piracy” by the Saudi-led coalition. He said that the UN has failed to censure the behavior of the Saudi coalition despite numerous complaints lodged by the Yemeni government.

The blockade imposed by the Saudi-led coalition has impeded the entry of essential goods, such as fuel and food into the country. The coalition warships are preventing shipping vessels from entering the port of Hodeidah.

Five ships carrying food, domestic gas, and fuel are currently detained by the coalition despite having all the required documents and being cleared by the UN.

The detention of the vessels has worsened the humanitarian catastrophe that Yemen is facing.

The inability to import fuel has not only affected transportation services but has also affected the generation of electricity.

This has greatly constrained the ability of the authorities to pump clean water. Dozens of hospitals that depend on generators have been forced to scale down some of their services.

The fuel shortage has also led to a sharp increase in the prices of most food items, pushing them out of the reach of most Yemenis who are already struggling to make ends meet.

The Saudi-led coalition, with the support of the United States, invaded Yemen in January 2015 with the aim of restoring the government of former Saudi-backed president Abdrabbuh Mansour Hadi.

According to the UN, the war has killed more than 230,000 people, both directly and indirectly through the humanitarian crisis that it has triggered.