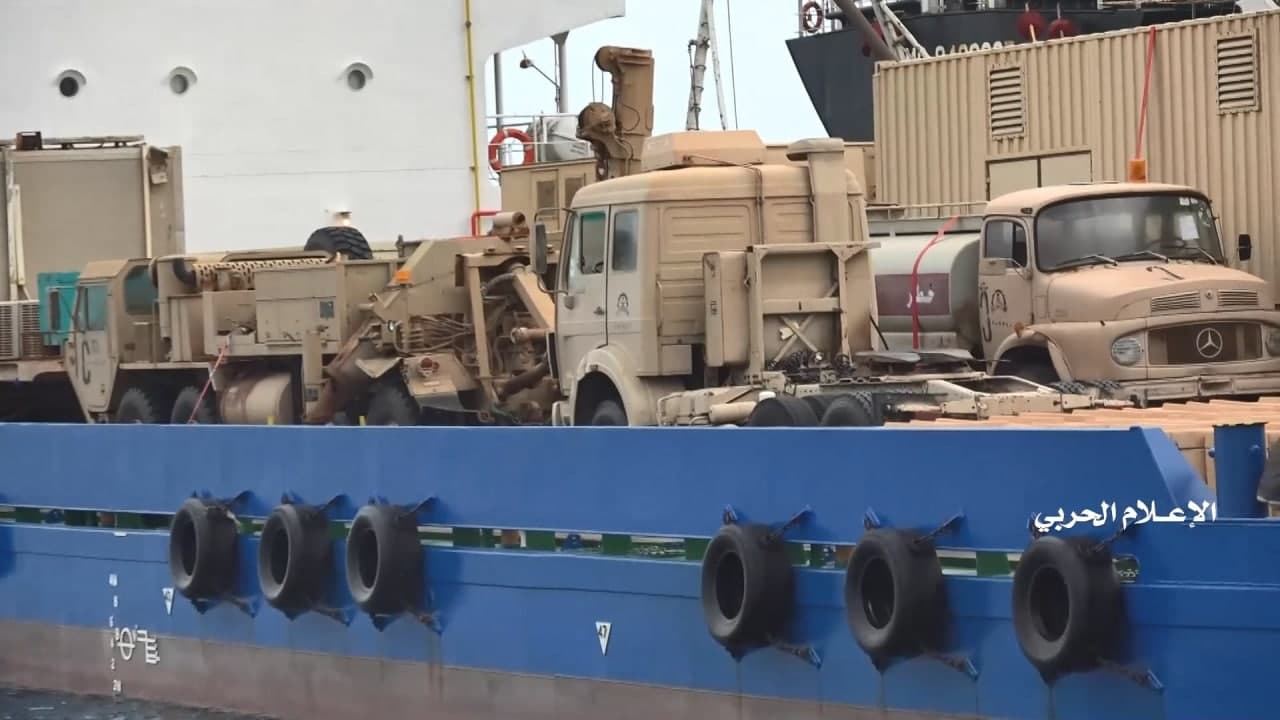 On 14 January, Yemeni officials dismissed a call by UN Security Council (UNSC) to release a UAE-flagged vessel, named Rawabi, that was captured in the Red Sea earlier this month.

Hussein al-Azi, the Deputy Foreign Minister in Yemen’s National Salvation Government (NSG), took to Twitter to clarify that the captured ship, “is affiliated with a state participating in the aggression against our people and in a state of war with us, and it participates in the siege of Yemen and in piracy of their internationally licensed ships,” before adding that the ship “entered our territorial waters in violation of the laws.”

“The Rawabi was neither loaded with dates nor children’s toys. It was carrying weapons destined for extremist groups who jeopardize the lives of ordinary citizens,” Al-Azi said.

His statement came just hours after the UNSC demanded the “immediate release of the vessel,” underscoring the need to ensure “the crew’s safety and well-being.”

On 3 January, the Yemeni Armed Forces seized the Rawabi off the Red Sea port of Hodeidah, along with its 11-member crew. They then released pictures and video footage showing that the ship was carrying military equipment and engaging in hostile acts.

Nonetheless, the UAE has maintained that the Rawabi is a “civilian cargo vessel” that was leased by a Saudi company and was carrying equipment to be used at a field hospital.

But despite their condemnation for the seizure of the vessel, the UNSC has remained quiet in regards to Saudi Arabia’s severe naval and air blockade around the Arab world’s poorest country.

Earlier this month, Riyadh’s forces seized at least seven ships carrying fuel for the war-torn nation in the Red Sea.

This has exacerbated fuel shortages across Yemen, with the Yemen Petroleum Company (YPC) warning on 13 January that the situation is likely to get worse in the coming days due to the illegal blockade by the Saudi-led coalition.

Saudi Arabia, with the support of the United States, invaded Yemen in January 2015 with the aim of restoring the government of ousted western-friendly president Abdrabbuh Mansour Hadi.

According to the UN, the war has killed more than 300,000 people, both directly and indirectly through the humanitarian crisis that it has triggered.