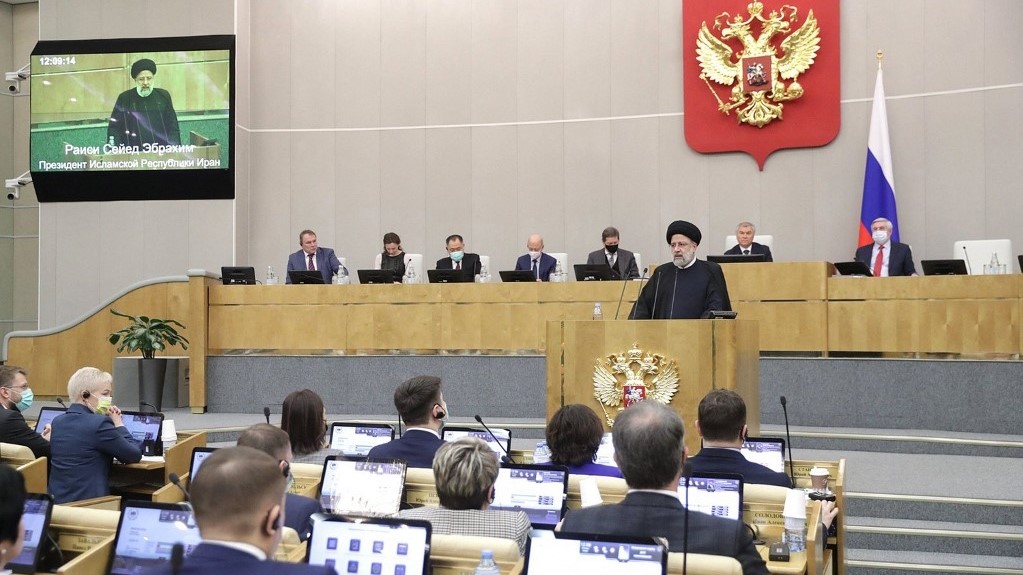 On 20 January, Iranian President Ebrahim Raisi gave a speech before the Russian Duma, saying that strengthening relations with Moscow is a reflection of Iran’s stance in “dealing with all countries, especially neighboring countries, for the interests of peoples.”

Raisi added that he had “broad prospects” in the improvement of Iran’s relations with Russia.

Regarding economic relations, Raisi said that trade agreements between the two nations will “give a great impetus” to Russia and Iran’s economic ties.

“During my meeting with Putin, I noticed the existence of many common positions on bilateral, regional and international issues,” Raisi said, adding that “active steps must be taken to develop relations between Iran and Russia.”

The Iranian president also took the time to criticize US hegemony, saying that “the US has reached its weakest point today, as the strength of the politically independent countries has begun a stage of growth and development.”

By ‘politically independent’, Raisi was referring to nations like Russia, Iran, China or Syria that have positioned themselves against US hegemony.

He explained US hegemonic policy “continues to weaken countries from within through sanctions and to destabilize internal conditions,” while also highlighting the model of cooperation between Russia and Iran in Syria, which he said has been fruitful, thanks to the resistance of the Syrian people.

Raisi went on to add that “terrorism is a result of hegemony,” but that “the strategy of hegemony has failed.”

He also criticized NATO for their policy of invading sovereign nations under the guise of providing “security and defense,” in an emphasis that there should be more coordinated efforts to combat western hegemony.

While Raisi acknowledged the two-front battle Russia and Iran had waged against “terrorism” and “economic pressure,” he also acknowledged the potential of these nations in expressing aspirations to pursue economic exports to Russia.

The Iranian head of state arrived in Russia on 19 January ahead of the Russian-Iranian summit to boost the bilateral and economic ties of both countries.