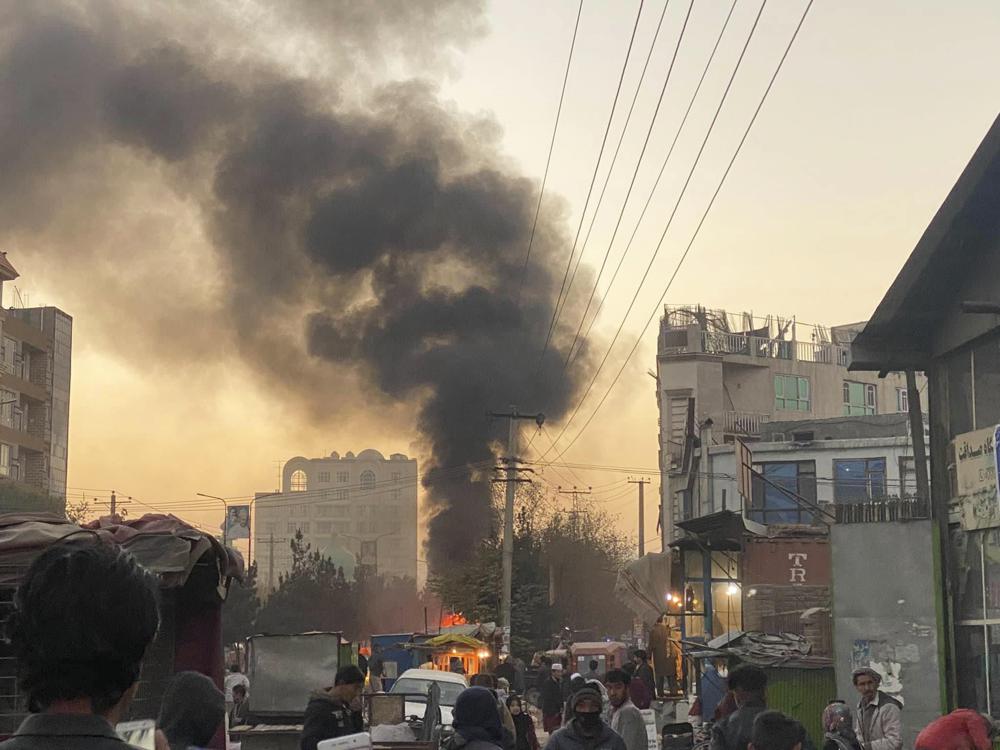 Smoke rises from the site of a bomb attack in a Shia-majority suburb of Kabul, Afghanistan. 13 November, 2021. (Photo credit: AP)

On 22 January, a bomb exploded on a mini-bus in Herat city in western Afghanistan instantly killing at least seven people and injuring scores of others.

Local media reports said the attack took place in a neighborhood inhabited mostly by members of the Shia Hazara community.

An official from the intelligence service of the country said the attack was carried out using a ‘sticky’ bomb attached to the fuel tank of the bus.

A sticky bomb is usually made up of explosives packed in a small box, with a magnet and a mobile phone attached to the box. The attacker programs a number into the phone, dials it, and the call sets off the bomb. The bomb is attached to the fuel tank to increase the impact of the blast.

No group has claimed responsibility for the attack so far, but local government officials have blamed the attack on ISIS, who, along with its affiliated groups, have frequently targeted the Hazara community.

In recent months, ISIS has ramped up attacks targeting public places and government officials. It has carried out several deadly assaults across the country since the Taliban returned to power in August 2021, following the fall of the western-backed government and the chaotic withdrawal of the US-led NATO coalition from the country.

An ISIS attack outside Kabul’s international airport during the frenzied evacuation of foreign nationals from Afghanistan in late August 2021 killed 183 people and injured hundreds.

On 2 November 2021, at least 19 people were killed and dozens injured when ISIS members attacked a military hospital in Kabul.

In response to the attacks, the Taliban government has deployed hundreds of its Badri 313 special forces to Nangarhar and Kunar provinces, which are believed to be the main ISIS strongholds in the country.