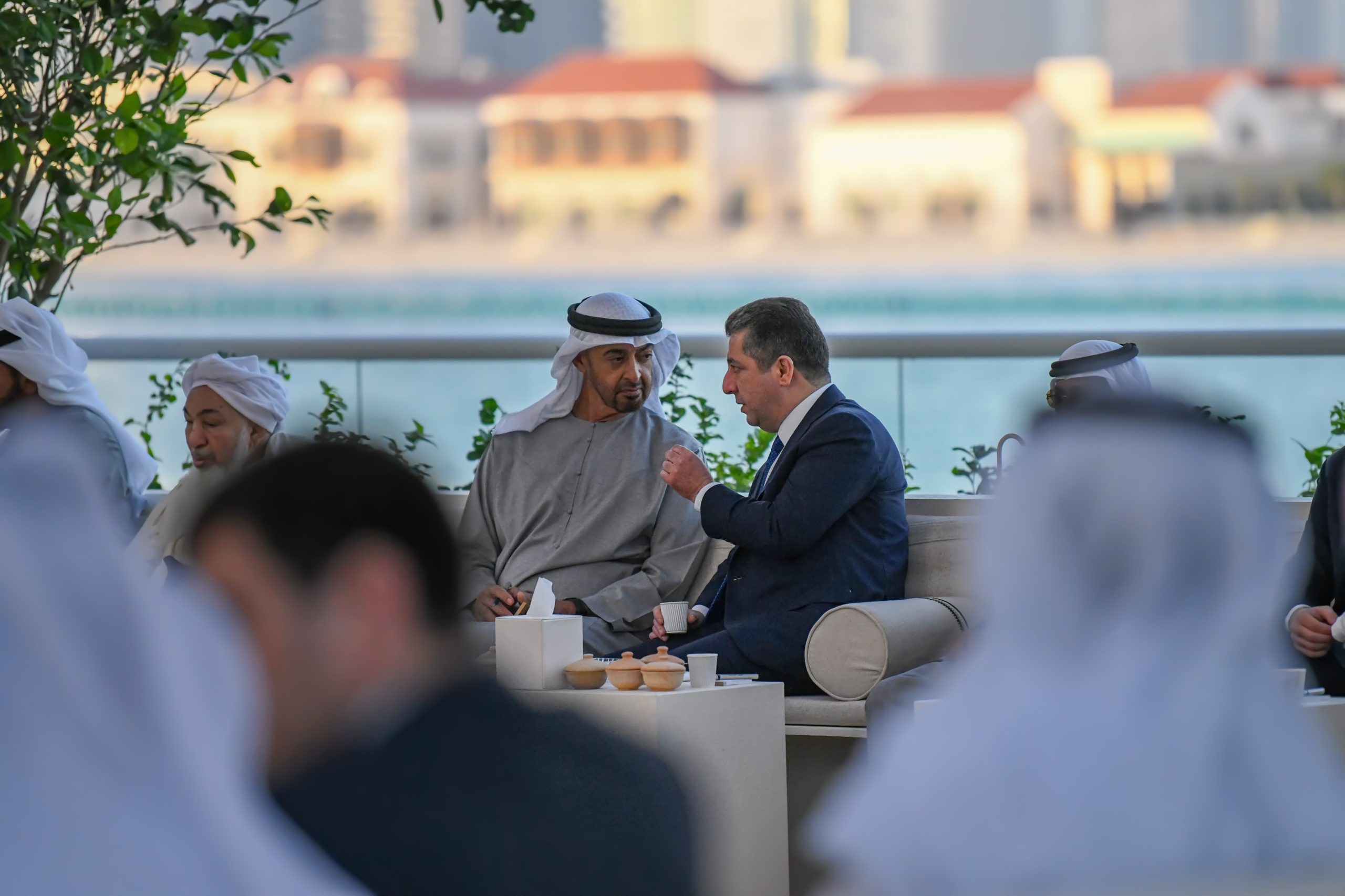 On 25 January, the Prime Minister of the Iraqi Kurdistan region, Masrour Barzani, travelled to the UAE for high-level talks with Sheikh Mohamed bin Zayed (MbZ), Crown Prince of Abu Dhabi.

I’m humbled by the warm hospitality and friendship of His Highness Crown Prince @MohamedBinZayed and the Emirati people. There are so many opportunities to unlock in our partnership -mb. pic.twitter.com/B5xbbitoQK

According to the UAE’s state-owned news agency WAM, during the meeting the crown prince and Barzani discussed the cooperation and relations between the UAE and the Iraqi Kurdistan region “across various economic, investment, development and humanitarian fields.”

“I’m pleased to be in Abu Dhabi to explore economic cooperation opportunities and discuss regional security with the leadership here,” Barzani said on Twitter.

Barzani reportedly also took the chance to condemn the airstrikes launched by the Yemeni army against targets inside the UAE, adding that a “strong international alliance” was needed to “stop terrorist groups and their supporters.”

Following their meeting, the head of the Investment Authority in the Kurdistan region, Muhammad Shukri, who accompanied Barzani on his visit, announced that several Emirati companies will invest in the region “soon.”

“A delegation of Emirati companies will visit the region in the coming period, and they specialize in the fields of agriculture and sustainable energy, to discuss job opportunities in the region,” Shukri told Shafaq News.

He went on to add that “Emirati investors have a desire to invest in many fields, including agricultural, industrial, dam building and sustainable energy.”

Barzani’s visit to the UAE came following the addition of Iraq’s Kurdish region to the Iraqi Pavilion at Dubai’s Expo 2020.

Over recent years, Abu Dhabi has sought to strengthen its relationship with Iraq.

Last April, Emirati officials announced a $3 billion investment in the war-torn country in an attempt to bolster the economic and investment relations between the two countries.