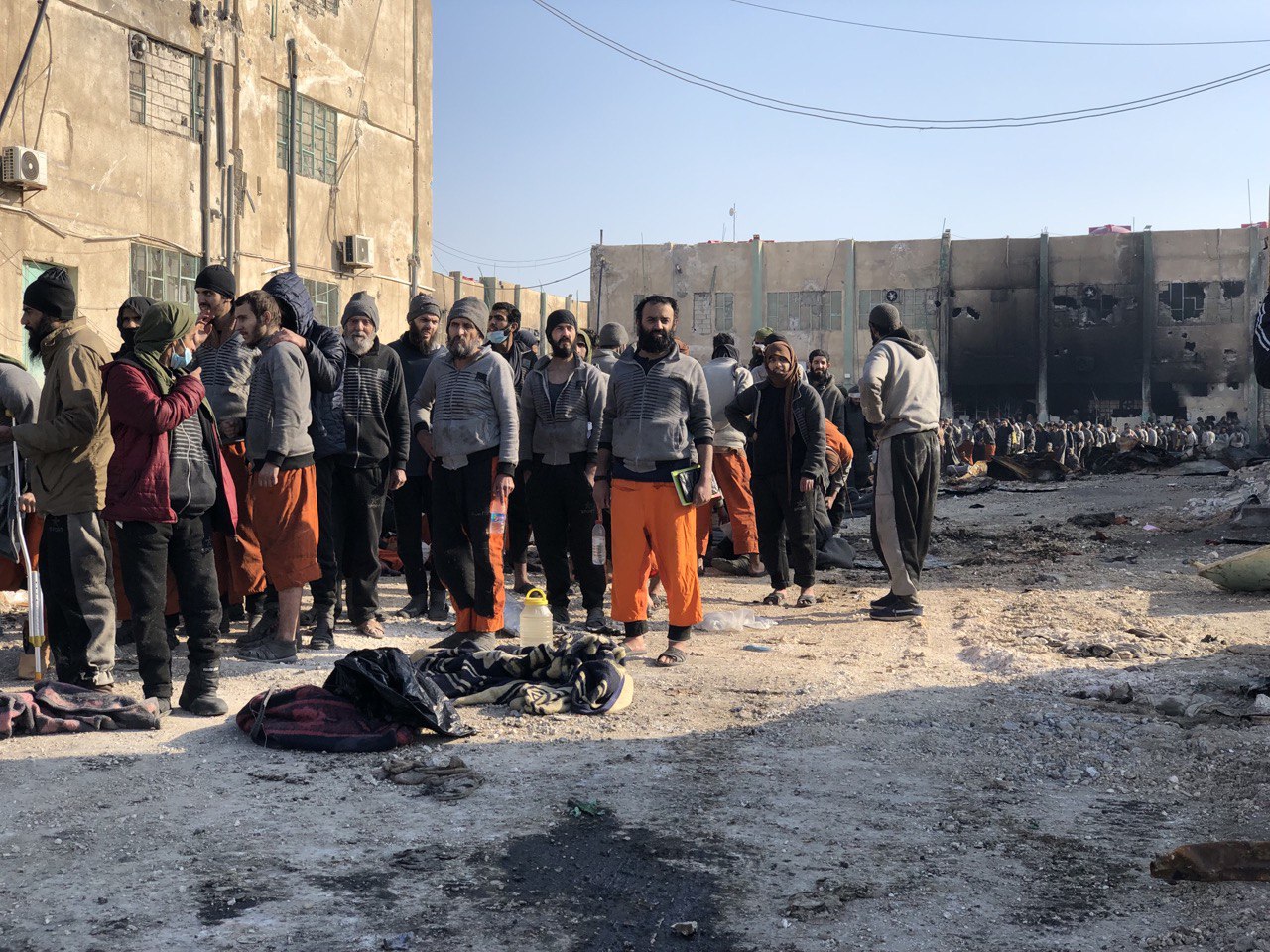 The inside of Ghweran prison in Hasakah, Syria after the surrender of ISIS fighters. 26 January, 2022. (Photo credit: @farhad_shami)

US-backed Kurdish forces in northeast Syria announced on 26 January that they had retaken control of Ghweran prison in Hasakah city after a week of intense clashes with ISIS militants.

A spokesperson for the so-called Syrian Democratic Forces (SDF) made the announcement on Twitter, highlighting that “all [ISIS] terrorists” had surrendered.

According to local sources, the truce between the two groups “was concluded on the basis of ISIS releasing a number of SDF prisoners in exchange for the evacuation and treatment of its wounded.”

On 25 January, a delegation from the International Coalition, comprising US and British soldiers, reportedly entered Ghweran prison to negotiate with ISIS leaders.

Wounded ISIS militants will reportedly be transferred to Alaya prison in the city of Qamishli near the Turkish border.

However, neither the SDF nor the US have made any mention of the 850 children and minors caught in the crossfire when Kurdish troops began to storm the prison on 24 January.

Late on 20 January, ISIS fighters launched a brazen assault on Ghweran prison, which houses thousands of their fellow militants.

In the following days, US forces launched several airstrikes on the vicinity of the prison, displacing hundreds of residents of Hasakah and destroying a number of Syrian government buildings and schools.

In one mosque located at a safe distance from the chaos, hundreds of women and children were forced  to take shelter from the biting winter cold.

“We want to go back home,” Maya, a 38-year-old mother told AFP, before adding “there is no bread, water or sugar here.”

However, Kurdish officials expect the death toll to rise as medical crews continue to gain access to all parts of the prison following the end of the fighting.

Experts see the assault on Ghweran prison as a wake-up call for the US-backed SDF, which over recent years has imprisoned as many as 12,000 ISIS fighters in makeshift prisons under inhumane conditions with no suitable way of maintaining control.