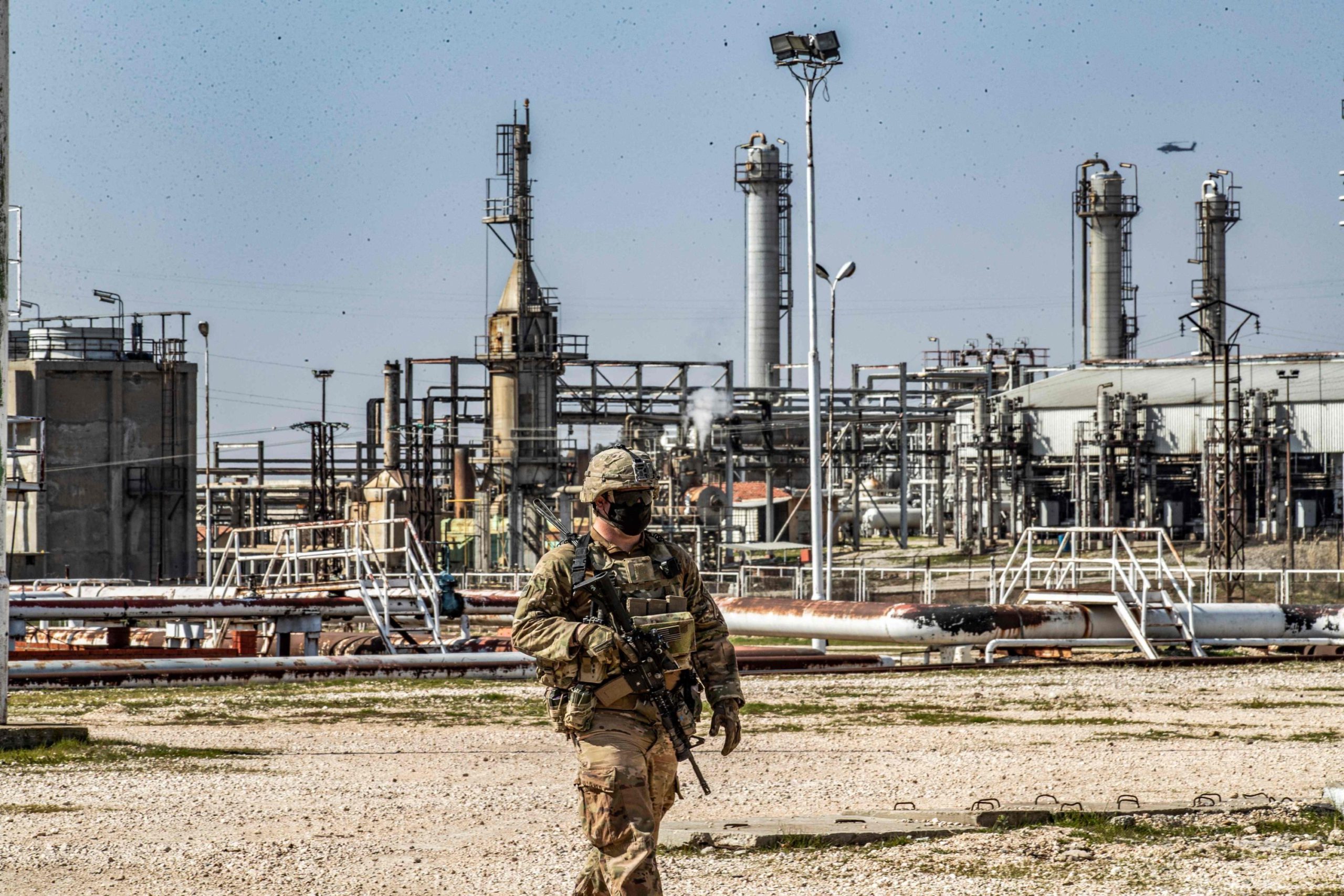 File photo. A US soldier patrolling outside an oil installation in Syria’s Al-Hasakah governorate on 13 February 2021. (Photo credit: AFP)

On 26 January, the US-backed, so-called Syrian Democratic Forces (SDF) resumed their theft of Syrian oil in the country’s northeast with a large convoy of tanker trucks heading towards the Iraqi border.

The Syrian Arab News Agency (SANA) quoted a local source as saying that 130 tankers with crude oil stolen from Syrian oilfields by US occupation troops with the help of SDF militia were making their way towards the Iraqi village of Al-Mahmoudiya, to the south where the illegal Al-Waleed border crossing is located.

According to SANA, the oil was being smuggled through a corridor heading toward Iraq’s Al-Mahmoudiya village, where dozens of SDF convoys pass from the Al-Hasaka region in Syria and then through the Al-Waleed border crossing with Iraq.

The corridor and the Al-Waleed border crossing were opened up by the US occupation when its proxies took control of the area.

SANA reported that after this convoy of 130 tankers passed into Iraq, a fleet of 46 refrigerated convoy tankers, as well as one carrying US logistical supplies, entered Syria on the same road through the same crossing.

The US military routinely smuggles Syrian oil into northern Iraq, in a move that is both in violation of international law and as well as routine practice that shows how deeply entrenched the US is in its occupation of both nations.

Last week, a convoy of 111 trucks stacked with military equipment passed through northeastern Syria to illegal US bases in northern Iraq.

A US convoy of 128 vehicles was caught transporting military equipment and Syrian oil to northern Iraq on 3 January.

While the US claims its presence aims to prevent the oilfields from falling into the hands of ISIS, Damascus says that the US presence in Syria is illegal, and is only there to steal Syria’s oil and other resources.