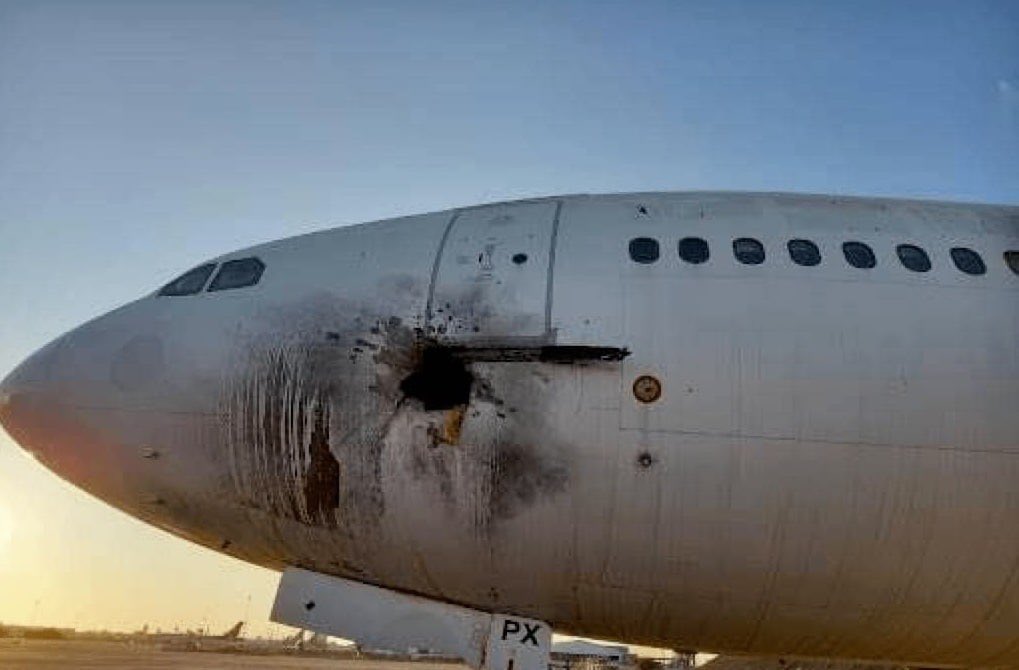 A plane that was damaged in a missile attack on Baghdad international airport, Iraq on 28 January 2022 (Photo credit: Iraqi News Agency)

On 28 January, several missiles were fired towards Baghdad International Airport. At least three of the projectiles landed inside airport premises, located near a US military base.

The missiles are believed to have been targeting the Camp Victory military base. One of the missiles hit and damaged a disused civilian plane that was parked in the airport compound.

Local media reports said the attack did not cause any casualties or significant damage to the infrastructure at the airport.

The Iraq Civil Aviation Authority said the missile attack did not disrupt operations at the airport. No group has claimed responsibility for the attack so far.

The month of January has seen a significant increase in the number of attacks targeting US occupation forces across Iraq. US bases and convoys have been attacked in many parts of the country since the beginning of the month.

On 4 January, an Iraqi military base that houses US soldiers near the airport was targeted by drones.

The increase in attacks coincided with the second anniversary of the US assassination of Iran’s Islamic Revolutionary Guard Corps’ Quds Brigade Commander Qassem Soleimani and the Deputy Commander of Iraq’s Popular Mobilization Forces, Abu Mahdi al-Muhandis.

The two senior commanders and their companions were assassinated in a US drone attack on their convoy near Baghdad airport on 3 January 2020.

Their assassination led to a surge in demands for the expulsion of US troops from Iraq. A few days after the assassination, the parliament of Iraq passed a resolution asking the government to expel all US soldiers from the country.

In August 2021, Baghdad and Washington announced that all US troops would leave Iraq before the end of 2021.

However, 2500 US soldiers are still in Iraq under the pretext of serving as advisors and trainers for the Iraqi army.

Iraqi resistance groups have condemned the presence of US troops in their country and have vowed to continue attacking them for as long as they remain in the country.