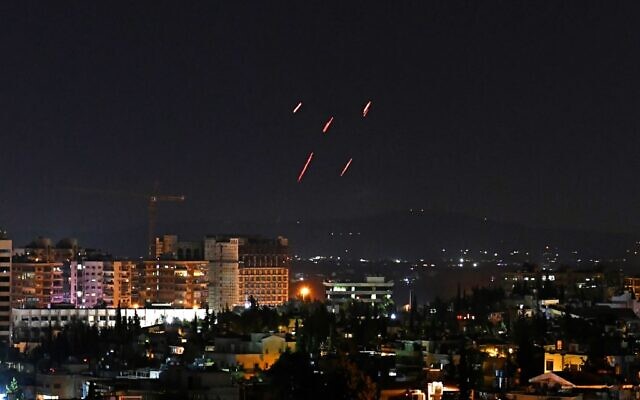 Following the initial attack, the Israeli army announced they had targeted “surface-to-air missile targets” in Syria in response to one of Syria’s anti-aircraft missiles exploding over the occupied territories.

In response to the anti-aircraft missile launched from Syria earlier tonight, we just struck surface-to-air missile targets in Syria, including radar & anti-aircraft batteries.

Meanwhile, a military source cited by the Syrian Arab News Agency (SANA) reported that one Syrian soldier was killed during the attack by Tel Aviv.

SANA reported that “surface-to-surface missile attacks from the direction of the occupied Golan” struck at approximately 1:10am local time on 9 February in the Damascus area.

On 31 January, Syrian air defense systems thwarted another Israeli air attack, intercepting most of the missiles that were fired, but which caused some material damage.

Damascus and Tel Aviv have been officially at war since 1967, following Tel Aviv’s occupation of Syrian land following the Six-Day War.

While Israel does not often release information about its attacks against its neighbors, officials have claimed that it often targets alleged Iranian and Hezbollah positions near Damascus.

Attacks on government-held areas have intensified since the start of the western-backed war in 2011.

Most recently, Syrian and Russian air forces began joint patrols near the Israeli border, particularly in the Golan Heights region, in an effort to thwart Tel Aviv’s ongoing aggressions.