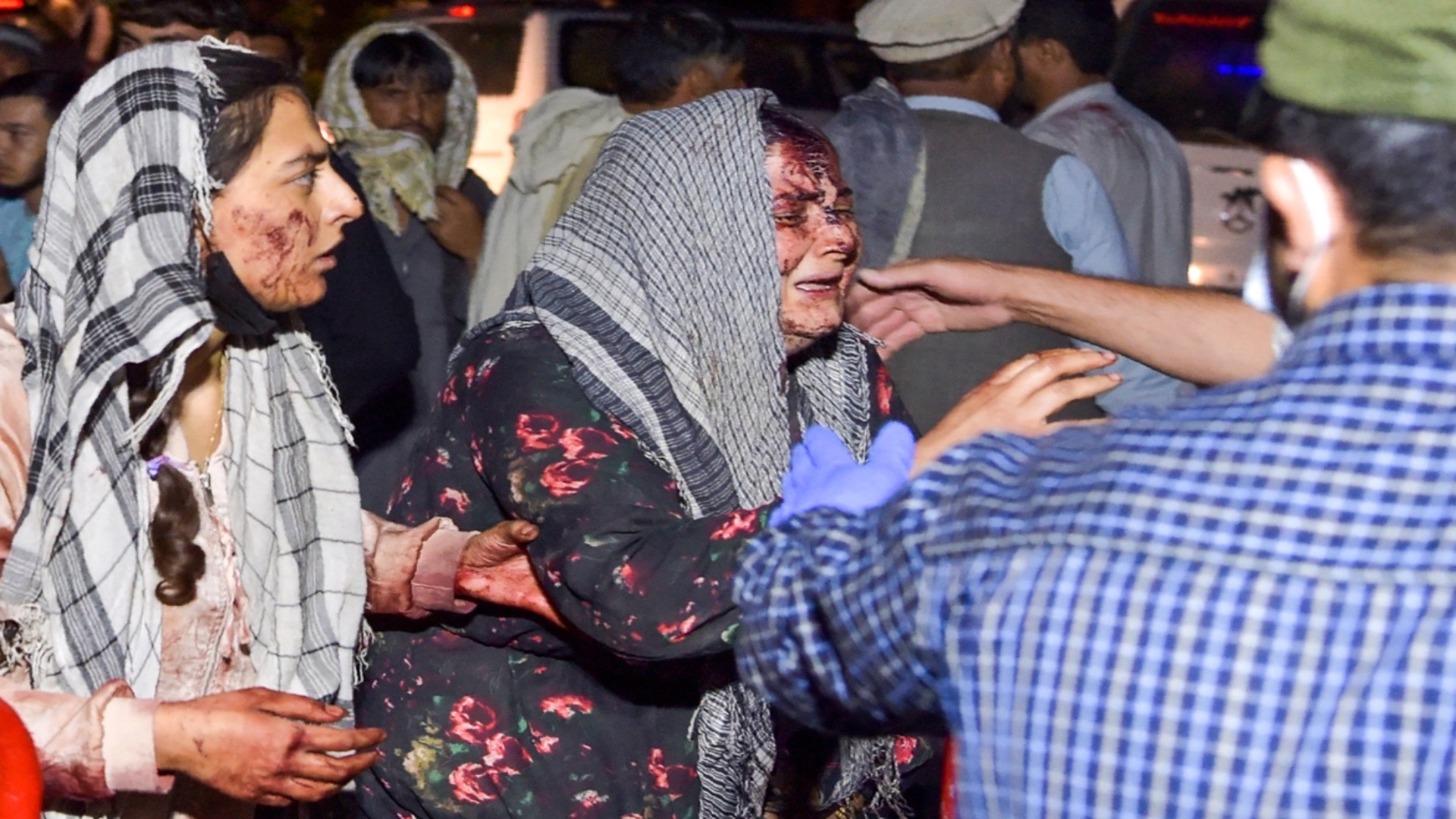 Survivors from the violence outside Kabul airport on 26 August, 2021. (Photo credit: Wakil Kohsar/AFP)

On 8 February, CNN released an in-depth investigation raising serious questions about the US government’s account of events that occurred on 26 August outside Hamid Karzai International Airport in Kabul, Afghanistan.

On that day, an ISIS suicide bomber blew himself up near the airport’s Abbey Gate, as throngs of Afghan citizens hoped to board a plane out of the country following the Taliban victory against the US-backed occupation.

Over 170 people lost their lives in the bloodshed that followed. After an investigation that lasted three and a half months – based solely on the accounts of US troops – the Pentagon reached the conclusion that all the victims were killed by the blast.

However, accounts from survivors and medical personnel paint a very different picture of that day’s events.

Nineteen witnesses who spoke with CNN said they either saw people being hit by gunfire or were hit by gunfire themselves, as US and UK troops fired on the crowd of people.

“There was no shooting in the air. They were targeting people. It was intentional … In front of me, people were getting shot at and falling down,” 16-year old Nazir told CNN, adding that the shooting began after the explosion.

Another survivor, Noorullah Zakhel, said that the occupation troops “said nothing – they just shot people.”

Accounts from emergency personnel also disprove the Pentagon’s version of events. CNN reports that medical staff and administrators at five different hospitals in Kabul noted the presence of bullet wounds in many of the victims.

A doctor working at Kabul’s Wazir Akbar Khan Hospital told CNN: “There were two kinds of injuries … People burnt from the blast with lots of holes in their bodies. But with the gunshots, you can see just one or two holes – in the mouth, in the head, in the eye, in the chest.”

At the same time, the Italian-run Emergency Surgical Center operating in Kabul released a statement saying they received nine bodies with gunshot wounds in the hours after the explosion.

Two forensic analysts who spoke with CNN also disproved the possibility that so many people could have been killed by a single suicide bomber.

But despite all the evidence, US military officials maintain that no civilians were killed at the hands of its troops, and are instead insisting that the survivors are suffering from a case of “jumbled memories.”

The spokesman for US Central Command (CENTCOM) Captain Bill Urban, told CNN: “The testimony you describe is not inconsistent with the recollections of people with jumbled memories from a concussive event who witnessed trauma and are doing their best to piece together what their brain is unlikely to remember clearly.”

Meanwhile, one of the US investigators claims that while US and UK troops did open fire after the explosion, “none of the bullets hit any Afghans.”