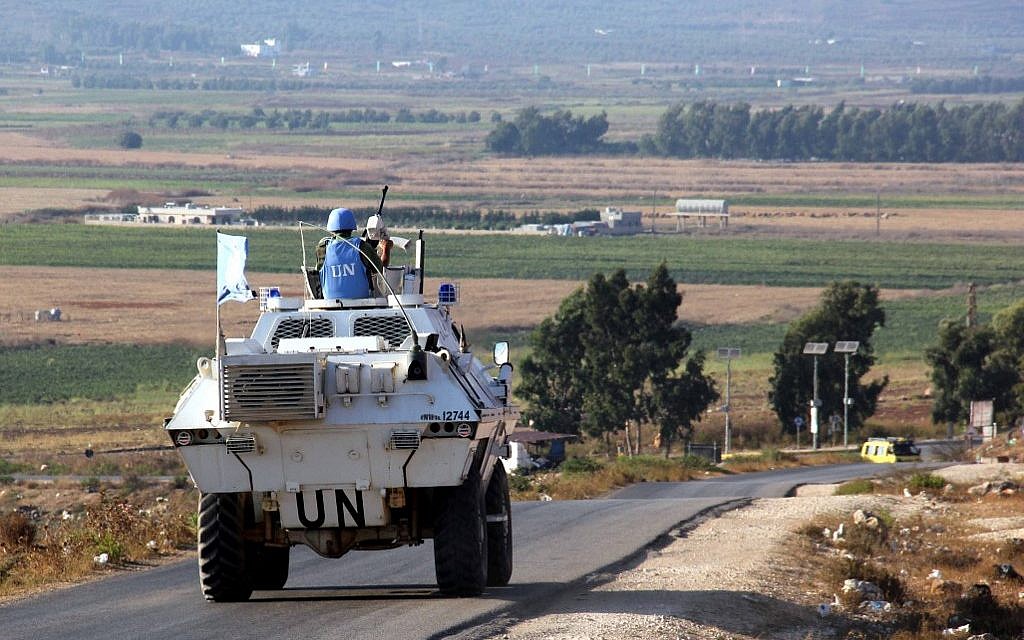 Vehicles belonging to UN peacekeepers drive along a road along the Israel-Lebanon border near the southern Lebanese town of Kfar Kila on 1 September, 2019. (Photo credit: Ali Dia/AFP)

On 11 February, the Lebanese army called on the UN to compel Israel to end its repeated use of Lebanese airspace and territory to carry out attacks against Syria.

Speaking during a meeting with the head of the United Nations Interim Force in Lebanon (UNIFIL), Major General Stefano Del Col, a Lebanese army delegation said the conduct of Israel is not only a violation of the sovereignty and territorial integrity of Lebanon but also poses a danger to Lebanese citizens.

The delegation warned of serious repercussions if Tel Aviv does not end the frequent violations of Lebanese airspace and territory. It said Israel has an obligation to respect the UN Security Council (UNSC) resolution 1701, which called for an Israeli withdrawal from southern Lebanon.

Israel has in recent years violated Lebanese airspace hundreds of times to carry out airstrikes on Syria. In response Beirut has lodged numerous complaints at the UNSC.

On 20 August 2021, the government released a statement saying, “a complaint has been sent through Lebanon’s representative to the UN, Ambassador Amal Mudallali, regarding the Israeli violations and called for the necessity of deterring Israel from committing these violations again.” The UNSC has so far failed to take any action against Israel.

The illegal use of Lebanon’s airspace by Israeli war planes also posses a threat to commercial flights. In August 2021, a Middle East Airlines flight number ME419 traveling between Abu Dhabi and Beirut was forced to delay landing to avoid being caught up in missiles strikes launched by Israeli fighter jets.

Israeli has carried out hundreds of unprovoked airstrikes and missile attacks on Syria since the beginning of an US-backed armed insurgency against the government of President Bashar al-Assad in 2011. Most of these have been launched from the Lebanese airspace or from the occupied Syrian Golan