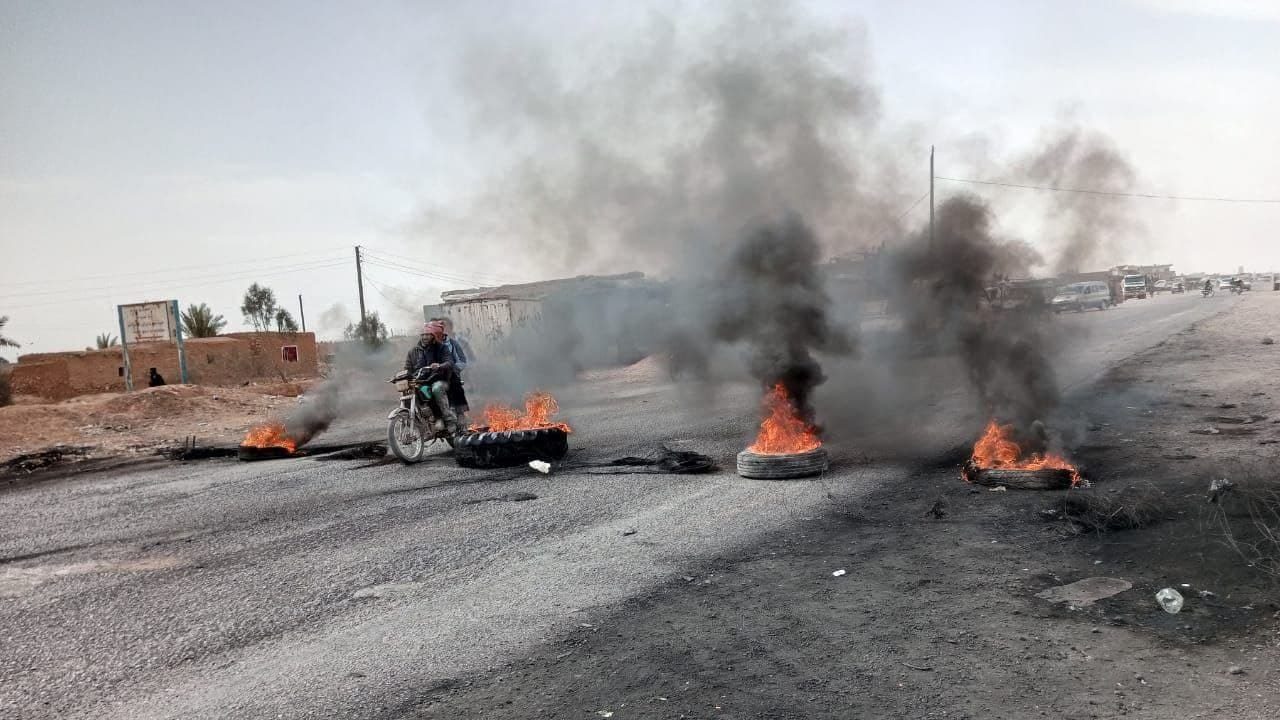 Protests against Kurdish officials from the so-called Syrian Democratic Forces (SDF) in northeast Syria have gained strength in recent days, as Arab tribes say they have been marginalized from decision-making circles.

Since 1 March residents of several villages and towns in the countryside of Deir Ezzor governorate have set up road blockades after a Kurdish official belonging to the Democratic Union Party (PYD) put one of his closest allies in charge of fuel distribution for the region.

Besides demanding the immediate expulsion of the Kurdish officials, local residents are also asking for the cancellation of an “expatriate card” the SDF introduced in January for Arab citizens who arrive from areas controlled by the Syrian government.

Under this new system of segregation the SDF also stipulated that all displaced Syrians leave the areas under their control unless they have a sponsor for their residence.

The expat card was reportedly introduced in order to limit Arabs buying property in the predominately Kurdish areas in northeast Syria.

Amid the growing mobilizations, tribal leaders in Deir Ezzor say that if their demands are not met they will declare a general strike. This prompted the US-backed SDF to deploy armed reinforcements to the area.

The Arab tribes have accused the SDF of appointing “unacceptable” officials to “fictitious positions in exchange for personal gains.” They say that Kurdish officials began this practice after failing to win over Arab leaders, blocking them from holding any position of power.

“The protests are mainly against the intentional appointment of officials from the Kurdish party to positions of authority in Deir Ezzor, some of whom do not even hold Syrian citizenship, as well as the continued marginalization of dignitaries and clan elders,” tribal leaders told Al-Akhbar.

They added that people are tired of ongoing bread and fuel shortages despite living in a region rich in resources, adding that such shortages are uncommon in Kurdish areas.

“All the [international coalition’s] promises to change the reality of the situation in the countryside of Deir Ezzor and to grant administrative and military powers to the people of the region [have] not been implemented, and things are getting worse,” the tribal leaders warned.

Last month local sources in Hasakah governorate reported that the US army had facilitated a deal between the SDF and the Hayat Tahrir al-Sham (HTS) armed group for the sale of oil plundered from eastern Syria’s vast oil fields.